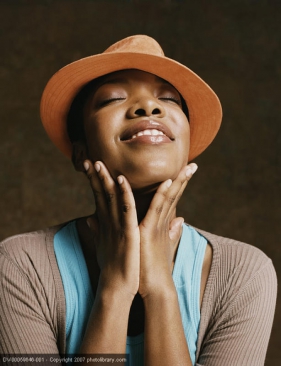 There are two kinds of people - the people who get a positive adrenalin rush when they are faced with a challenge and the people who curl into oblivion at the thought of change regardless of whether the impact of the change is anticipated to be positive or not.

For those who laugh in the face of challenges, the ones who have a ‘bring it on’ mentality – kudos to them because they are able to ride the tide of change relatively smoothly. For those who get all sulky and sweaty in the palms at the thought of change, it is time to realise that evolution is life so the sooner you start warming up to changes as they come, the better for you, and the less wrinkles you will get from anxiety over change as you will learn to embrace it.

It has been said that if your dreams don’t scare you, they are probably not big enough. Coming from Richard Branson, I think we can see how it is then that he has been able to achieve such heights of success. Whenever one is faced with a new challenge, there is usually some anxiety about it – are you going to be able to conquer it or not? What if you fail? What if this and what if that?

So many what ifs but as someone once told me- ‘it is better to deal with so-called failures (which are really lessons) than with what ifs’. What ifs can make your mind go on overdrive, obsessing about how things could have turned out and for what! You need to pursue that which you want to pursue and if it works out- awesome, if not, give it another try and another until you get the desired result.

Never give up on your dreams because of fear. Perfecting a skill takes practice so say you would really like a particular job but it seems so out there, there seem to be others who have better qualifications than you or are more talented and what not. Forget about that. You are not in competition with anyone but yourself. Do your best and if it comes through good if not- on to the next challenge.

It is time to start desensitising yourself. Expose yourself to those things that intimidate you. Try and then try again and sooner or later that which might have seemed like a struggle becomes second nature.