The games Kenyan women play in bars and night clubs 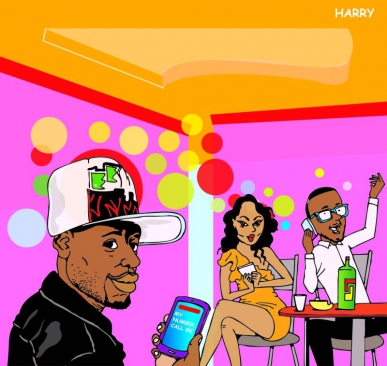 One of my favourite games in night clubs is securing phone numbers from women with male company. I don’t and I can’t dance, so I need a distraction when all my peers take to the dance floors or disappear to sin anywhere in the facility. My success rate in this secret vice is more than 50 per cent.

Why women do it totally escapes me. Extremely gorgeous women who I don’t deserve in ten lifetimes have been more generous with their numbers and more than willing to meet me for a drink at a later date. Those I pursue generally show up and it is not funny. I mean, as an old geezer, I still believe in chasing a woman who should play hard-to-get, to a point. Certainly, not more than two months or more than five dates at the outside.

Back to the club. I generally go in by 9pm as the club fills. Invariably, where I sit there will be a woman with a man seated across the table. I just need to ensure our eyes lock and she registers my presence in her mind. Given most young men are fools, hardly know how to pay attention; they will be engrossed in their phone or some silly football match.

Now, women hate when they are not the centre of attention. And that is how I end having an eye conversation that ensures our next bathroom break coincides. At the entry of the bathroom, we will exchange numbers and within 72 hours, we will be sharing saucy messages on WhatsApp. It is thrilling. And that is to hope one of these fine days I don’t meet a psycho boyfriend who will punch my silly nose into respecting other men’s women.

Frankly, I have no desire towards these women. Maybe a drink for the sake, but I am painfully aware that if they can play their man, then they can play me as well. And I hate being taken for a ride.

So why do women openly play these silly games. Some of them are hooked to really handsome and well-heeled men, given their fashion sense and the taste of the alcohol they imbibe in. Barring the pesky thieves who will spike your drinker and take to the cleaners, some of these ladies are genuine, and may be wanting some excitement outside of their dreary relationship.

Not many among us can keep the fire in a relationship burning for long. A year or so and you want out. But not many people are not ready to dump their partner given the socio-economic factors that govern relationship. But both sexes are increasingly opening up to the idea of cheating within a relationship. The better if with a stranger like the lone smiling man in a bar. The weakest and the foolish often go at it with close friends and hope against hope that it will never be known. Often they get caught and many long-lasting friendships have been permanently terminated.

Another reason could be the thrill that comes with cheating. Or probably such women were picked from the club and their men have no qualms being relieved off what has now become a burden. Either way, it is a good game and a good study into the female psyche. Maybe they imagine that I am loaded in the pocket or wherever. Sadly, I disappoint when I never call or pick their phones. Until I know their motive.

In the next two weeks, I will report on two specific escapades.