Men, please stop forcing us to shake your hands 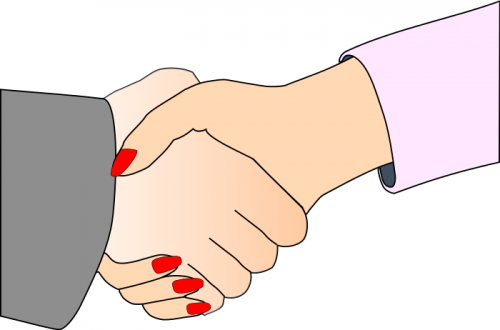 ALSO READ: Financial warning signs to watch out for when in a relationship

Last weekend, some of my friends and I were having our usual chit chat away from the hustle and bustle of the city at a place that looks like the famous Chaka Ranch... and yes, we used our credit cards because we don’t do cash. My friend Kim had a running stomach and so would dash to the gents unceremoniously as we kept on chatting. On one occasion, he quickly shot from his seat as he was talking and excused himself as he ‘ran for his dear life’ to the gents.

Five minutes later, he was back at the table and carried on from where he had left. We were sitting side by side and so he kept lifting his hand for a ‘hi five’ every time he felt like there was need to. I responded subconsciously until I realised his palm was totally dry and yet he was just seconds from visiting the gents! This man was not washing his hands and was exposing me to diarrhoea as well!

This brings me to one very sensitive issue, of men who insist on a handshake after they have ‘shaken it after use’ and have not washed their hands. To me, every man is guilty unless proven innocent. That is why I avoid handshakes from men like the plague.

I would rather pretend that I am holding something in my palm and offer my wrist instead. Unfortunately, there are men who insist on a handshake. They are even ready to stand beside you and wait for you to drop whatever you are holding in your hand just so they can give you a handshake.

I know its only African to offer one a handshake, but I think it's time we put our ‘Africanism’ aside. Otherwise, we will start transporting diseases from one home to another. I thank God I am the loud type because the moment I realised my friend had not washed his hands after visiting ‘Sarajevo’ , I quickly pointed it out to him.

His answer, ‘wacha za ovyo’. Really? 'Za ovyo' will not be there for me when I finally succumb to diarrhoea or whatever infection! Keep it in mind I am still not married and in my tradition, a woman who is of age and is not married is sneaked into her father’s compound through the fence on her burial day. So kindly let me book my burial place first!

I know some women are probably reading this and smiling as if they never visit the ladies. I know you do, but then again I know how good women are when it comes to washing hands after that. Though there is that small percentage that doesn’t, at least I know women do not ‘shake it after use’ and so my imagination is limited when it comes to women. But when it comes to men, ah ah, my imagination runs wild. Who knows, maybe before you negotiated that corner and bumped into me, you had ‘watered the country’ near that wall or fence.

Then there are those who pick their noses and scratch unprintable body parts right before your eyes and still expect you to stretch your hand smiling and offer them a handshake. As for me and my house, we will smile and wave at you. I would rather offer you a tight hug just so your hands are not left freely hanging and find their way to my palms.

I am sitting at the reception of an institution as I write this and guess what, I have had more than ten forced handshakes from random men who have walked in for inquiries. I call them forced because they have insisted on the handshakes even after it was clear I was too busy using my hands for better things. I think I should remove the NO SMOKING sign and replace it with a NO HANDSHAKES sign!

Financial warning signs to watch out for when in a relationship