Could your moody teenager have depression? 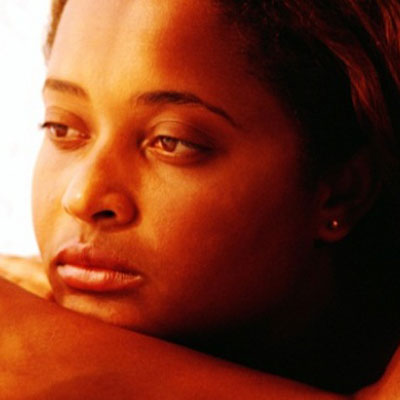 Life isn’t easy for anyone but for teenagers it’s especially difficult. Exam season is looming, with ­competition for the best grades at an all-time high.

Add in hormones, peer pressure and social worries and it’s no wonder teenage depression is on the rise.
Tormented adolescents who take their own lives due to bullying, such as Irish teenager Phoebe Prince, 15, who hanged herself last January, are a grim reminder of how devastating the impact of teen depression can be.

Shockingly, charity Samaritans says about 600 young people aged 15 to 24 ­commit ­suicide each year.
And according to research from think-tank Demos, girls are twice as likely to suffer from depression as boys – although depressed boys are more likely to attempt suicide.
Problems at home and fear of the future may also account for the 16% who say they feel ­‘worthless’.

“Over the past 20 years, depression has increased among young people,” explains clinical psychologist Dr Jen Nash . “Teenagers are encouraged to focus on looks and ­possessions, rather than inner happiness.
“Then there’s family turmoil, fear of social rejection – all can put teens at risk.”

Why does it start?

A difficult childhood or a traumatic ­­event such as ­bereavement, ­divorce or bullying, can trigger teen ­depression. It may even be ­hereditary.
Leah Robinson, 24, from Southsea, Portsmouth, ­was ­diagnosed with ­depression aged 15.
“I had a rough ­childhood and my mum died of ­cancer,” ­she explains.
“Then there was the pressure of exams and intense relationships. I realised I was ­depressed when nothing made me feel better and I began to isolate myself.”
It’s easy for parents to confuse depression with the mood swings ­of ­adolescence, or dismiss dramatic emotions ­as ‘over-reacting’.

Sadly, although the ­condition can be ­successfully treated with talking, therapy or medication, only 20% of teenage sufferers will seek help, so it’s up to parents and carers to spot ­signs.
But it can be hard to ­distinguish these from ­normal teenage moodiness and angry, ­unhappy teenagers will often reject any parental ­attempts to ‘interfere’, making it even harder to offer help.

Spotting the signs
While many teens suffer dramatic ­mood swings, the biggest indication of ­depression is how long the feelings last.
“I was in an almost constant state of ­despair,” says Leah. “I felt everything was hopeless. I couldn’t eat or sleep, cried all the time and felt utter self-hatred.”

He explains: “Depression means a mood that is ­consistently different from former ­behaviour, such as isolation, long-term ­sadness or ­withdrawal.
“And it can also lead to ­argumentative and irritable behaviour.”
Signs to watch out for include crying, a refusal to get ­involved in things, ­exhaustion, all of which can indicate brief bouts of ­unhappiness.

But with ­depression, there is very little change over time. “Parents should also look out for ­unusual aggression or previously ­out-of-character behaviour, such as excessive drinking, ­drug ­taking and ­­sexual encounters.
“Often we see signs of sadness, distress and even self-harm in girls,” says Dr Graham. “But boys, who find it difficult to ­communicate feelings, may ­express ­difficulties by engaging in ­reckless behaviour.”

Other symptoms include loss of interest in activities. Of course, plenty of teens get bored of childhood hobbies once they notice the opposite sex, but if they really can’t ­summon up any interest in something they once loved, it could be a warning sign.

Teens are notorious for late nights, hormonal ­tantrums and craving privacy but when their usual habits radically change – a deep sleeper ­becomes an ­insomniac, or ­someone with a large appetite rejects foods – don’t ignore it.

Likewise, most are easily ­distracted from schoolwork, but if grades plummet or they’re lacking energy, struggling to concentrate or even complaining of unspecified aches and pains, it’s worth investigating.
It’s also crucial to look at the driving force behind angry outbursts.
A family row over curfews is one thing, but sudden rages or constant hostility can be a mask for painful feelings.

Preventing the worst
The worst-case scenario – suicidal feelings, or even an attempt – can develop when all the warning signs are overlooked.
“Suicide prevention is where parents have a critical role,” says Dr Nash.
“There are nearly always indications – a constant low mood, ‘jokes’ about depression. Happy teenagers don’t tend to joke about suicide. Saying things like ‘I’d be better off dead’ shouldn’t be ignored.”

But often, teens don’t actually want to end it all. They simply want to escape their ­feelings and can’t see a way out.
“At college, my depression became ­completely disabling,” says Leah. “I was weak all the time from lack of sleep and wracked with anxiety. I could hardly leave home.
“Life just slipped away from me, and suicide seemed a convenient answer to everything. At 17, I ended up making a serious suicide attempt.”
Thankfully, Leah was found in time. “And that event was pivotal,” she says. “I never wanted to be in hospital or feel like that ever again.”

Listen, don’t judge
It’s crucial that adults are aware of teens’ true feelings, rather than dismissing misery as ‘just hormones’.
The first step is to start a ­conversation about what’s going on.
“Tackling it can be tricky,” says Dr Nash. “Teenagers have their own ways of ­communicating and are often wary of talking to parents in case they get told off.

“So be clear – let them know that you’re worried and you are willing to listen. Offer support ­without asking too many ­questions.
“Although they may try to shut you out, it’s ­important to persist.”
And however upset you personally feel, ­remember that this is all about them, so try to listen to them without judging.

Never dismiss their ­feelings, even if a problem appears to be silly, and even if you are busy or ­feel tired.
And if they want to talk, don’t ignore the ­opportunity.

“It’s crucial for any teenager to feel that those caring for them are really interested in what they think and feel,” adds Dr Graham.
“Anyone who is depressed will feel like a ­failure. If parents or carers can understand how bad that seems, the ­teenager is more likely to feel ­supported in seeking help.”

Keep tabs on lifestyle
Of course, prevention is far better than cure, so keep an eye on their friends, hobbies and even bedtimes.
Research shows late nights can ­promote a tendency to depression.
Teenagers need at least nine hours sleep, but a New York-based study found that those who went to bed after ­midnight were 24% more likely to ­suffer depression than others.
Encourage them to start ‘winding down’ away from computer games or ­homework in the hours before bed.

Equally, it’s worth knowing what music your child is listening to and what they’re up to online.
Although it’s natural for teens to spend time away from the ­family, ­studies have shown ­surprising links between music, social networking and ­depression, ­suggesting that hours spent on ­websites such as Facebook can lead to feelings of ­inadequacy and replace ‘real’ ­interaction with people.

Other research found that teens who listened to music ­constantly were eight times more likely to be depressed compared to those who preferred ­to read.
But even if you find your ­teenager is plugged into headphones every hour of the day, the best thing you can do is to show them that you care – even ­if they pretend not to notice your ­parental concern.

Getting help
Counselling and therapy can offer ­invaluable help for teenagers struggling to deal with their problems.
“They are still developing their ideas about the world, and find it easier to shift their perspectives to a more ­positive outlook than many adults,” ­Dr Nash explains.

“If caught early, depression can be very successfully treated, and teenagers often respond particularly well.”
Depressed teenagers are more likely to suffer recurring bouts in later life so early intervention by talking, ­counselling or visiting the GP is crucial.
Counselling can help enormously, and let them know they’re not alone.
In certain cases, anti-depressant medication is vital, so don’t assume depression will ‘wear off’ on its own.

“I got help from my local ­community mental health team,” says Leah.
“Medication helped my sleeplessness, poor appetite and anxiety, but ­psychological therapy was what really caused a lasting change.”
Leah now counsels teenagers at Headspace in Portsmouth.
“I always tell people get help early and admit you’re struggling,” she says.
With up to 80,000 young people a year suffering depression, it is vital to be aware of how your teenager feels.
The earlier you spot any signs and take action, the greater chance your son or daughter has of enjoying a healthy – and happy – adult life.