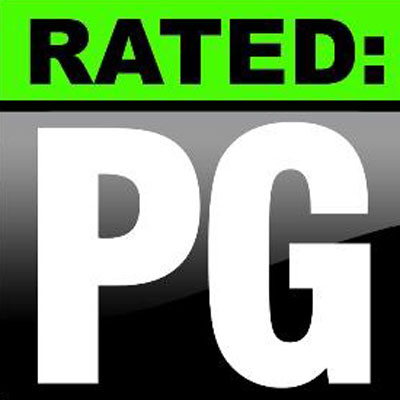 Parents may get so accustomed to seeing sex and violence in movies and television that they end up lowering their standards for what kids are allowed to watch, a new report suggests.

In a new study, parents who watched several clips of movie violence in succession became desensitized over time, and they relaxed their standards for what they would allow their children to see.

In particular, the researchers point out, the violence in PG-13 movies has become more graphic over the last several decades.

There is a dramatic increase in violence and in particular gun violence in popular PG-13 movies over the past 10 years,there is now actually more gun violence in PG-13 than in R-rated movies.

The new study suggests that parents are now more willing to allow their children to watch these movies.

For the study, researchers asked 1,000 parents of pre-teens and teenagers to watch a series of movie clips one after another. For each clip, parents recorded the minimum age at which they would be comfortable allowing their child to view the movie.

The six movie clips, which ranged from 15 to 59 seconds, were arranged randomly for each parent viewer and came from popular PG-13 or R rated movies.

Violent scenes, usually involving guns, came from the films Collateral, Taken 2, Die Hard, Live Free or Die Harder and the Terminator series, while the sex scenes were taken from 8 Mile and Casino Royale.

At first, the parents rated the violent scenes and the sex scenes as appropriate for 17-year-olds, on average.

By the last clip in the series, parents deemed scenes of a similar level of violence and sex appropriate for 14-year-olds, according to results in Pediatrics.

They also reported more willingness to have their own child view the movie by the end of the sequence.

The increase in movie violence and concurrent desensitization may be working to fuel each other, Romer said.

“We potentially have a cycle of more violence in PG-13 movies (which is the most popular rating category today) leading to greater acceptance among parents, leading to the Motion Picture Association of America encountering less resistance in rating those movies PG-13, which 15 years ago would have been rated R,” he said.

There is evidence that viewing a lot of violent TV content starting in primary school can lead to more aggressive behavior as children age,studies indicate an association between viewing violence and later tendencies toward aggression.

There is a risk that kids who are vulnerable to imitate violence they see in movies and television will do so, especially if they have access to guns and a reason to use them.Parents should be aware that PG-13 movies can contain high levels of violence.

Being aware that PG-13 movies can be quite violent while still attaining that rating may help parents in their decision-making.