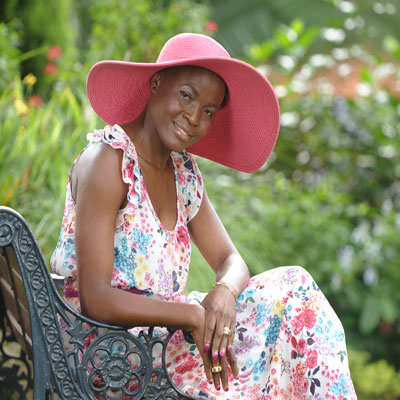 Mention the name Samantha Bridal and the words that come to mind are timeless, classic, fairy tale.

Indeed, these words capture the vision that Dr Catherine Masitsa had when she dared venture into a new business territory that was untouched nine years ago. She has transformed the wedding industry into a billion shilling industry in Kenya through her business venture — Samantha Bridal.

She shares her story: “For us it’s been a phenomenal journey. We started humble, but now we are a 360-degree bridal company meaning we do everything from training, to television shows, to magazines and wedding fairs. There is no limit for this company,” she says.

So how did it all start?

“I originally started running an entertainment guide — Going Out Magazine — in 2002 and that is when I discovered there was an opportunity in the wedding industry that I could tap into,” she recalls.

She adds, “I saw a great business opportunity and I went after it. At the same time, when I began Samantha Bridal nine years ago, I had turned 28 and as a woman, I had become more comfortable in who I was and was daring enough to chase after my dreams and ambitions.” Catherine explains with a smile.

Her goal was to create a product for the creative, sophisticated, savvy and intelligent women.

She says: “But I must stress that Samantha Bridal is not just about those who are extremely rich, but also about creating timeless memories for couples of all walks of life. We work with couples who want to spend millions for their wedding to those who can only part with Sh7,000 for the occasion,” she explains.

So what prompted her to branch into television?

“Though I first began with a bridal magazine in 2004, I had always had the intention of doing a reality series on weddings, but at that time, the television space was not open. I had even come up with a pilot 30-minute episode and approached different television stations to sell the idea but I was not able to get the deal I wanted. We had to wait for another five years and eventually in September 2009 we began shooting and the show aired for the first time in August 2010,” she says.

Much as it looks all rosy and glamarous, she admits that is has not been a walk in the park.

“During the 2007 post-election violence business we went through a rough patch. For about six months after the elections there were no advertisements and that meant no profit for the company. I had to drop the Going Out magazine. But with time, things began to look up,” she shares.

To manage a huge empire like hers is not easy and she has had to learn a few tactics to keep the company running at a profit.

“I have had to learn to delegate. For example, for our television show I have a dedicated team who do everything from getting in touch with the brides to the shooting. I believe in delegating,” she says.

Weddings aside, who is this woman with a business savvy mind?

Catherine is a qualified veterinary doctor who was working with — Pfizer — a global pharmaceutical giant before she branched into the wedding industry.

She talks about her experience in medicine, “I learnt about the various aspects of sales, marketing and management. I was ambitious and my plan was always to get to the top.”

She also worked with Norbrook where she was the Technical Sales Manager in charge of the African continent, dealing with veterinary drug lines.

She also had a stint at the European Union as national project officer responsible for programme management of the union’s funded rural development projects. While there she did her MBA at University of Nairobi.

It was during these years that Catherine launched Going Out in 2002 and eventually Samantha Bridal in 2004.

Catherine — who was raised by her father — grew up in Kakamega and Eldoret.

She attended Siani Primary School and later went to Arap Moi Girls and then Butere Girls for her A-levels.

She was part of the last group who did A-levels before the system changed to 8-4-4. After high school she went to University of Nairobi where she studied for a degree in Veterinary Medicine.

Away from wedding business, Catherine is a committed wife and a mother.

He recalls how they met: “My husband is called Andras and I met him 18 years ago. At that time, he was a consultant neurologist and a professor at Moi University, and I was working at Pfizer. I was doing marketing research on a new product and we were working with the medical fraternity in Eldoret.”

“Every time I would go to see him, he would ask me if I was very busy. I never understood what he was asking, until he finally asked me out for lunch. I was hesitant at first because he was my client. But finally I agreed to his lunch offer and I made sure I paid for the meals,” she says.

Andras proposed to her two weeks later but she declined because she was only 24. It took him another eight years to get her down the aisle.

On motherhood she says: “My little girl is called Elona and she just turned one last month. What is interesting about her birthday is that she was born on the same day and around the same time my husband and I got married about 12 years ago,” says Catherine with a smile.

She adds that being a mother has changed her, and made her more human and approachable.

“I now understand why women leave work early and come home so they can make food for their kids, or why they ask for time off to attend their children’s nursery graduations,” she reminisces.

Her secret to a trim figure?

“I am athletic and I guess I have a great metabolism. I have not been to the gym in over ten years but I eat a lot of vegetables. In fact my husband says if there was a Nobel Peace prize for eating vegetables and fruits, I would take home the award,” she says with a grin.

When she is not running her business, Catherine loves to travel, read, listen to music and watch television.