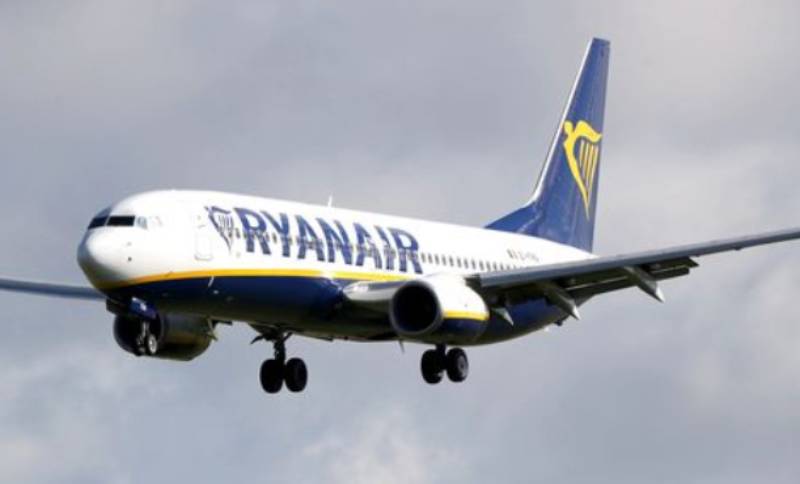 The Italian Civil Aviation Regulator ENAC has threatened to ban the airline from the country's airports over the allegations.

It has accused the budget airline of “repeated violation of anti-Covid-19 health measures drafted by the Italian government and in force to protect passengers’ health”.

Sources at the regulator told Italian media that the airline's breaches include cabin crew failing to enforce the wearing of face masks and staggering passengers when they leave the plane.

There are said to be specific concerns about travellers rushing to collect their bags from overhead lockers upon landing.

One holidaymaker tweeted yesterday: "Why is it that every business in the UK has to overhaul itself to adhere to strict guidelines but @Ryanair doesn’t?

"Not one bit. Even the airline staff had masks hanging off. I assumed some social distancing would be adhered to or I wouldn’t have flown. Never again."

Another blasted: "4th of August, flight FR2547. I politely pointed out to the chief flight attendant that many passengers had their face masks down and she replied in a very aggresive way and insulted me, saying literally that ''I didn't have eyes on my face, because she was checking it''"

Now officials have warned the airline that “violations of the rules” continue it could suspend it from landing in the country.

This could jeopardise the holidays of thousands of Brits who have booked flights with the airline.

The country is on the government's 'safe' list, meaning holidaymakers do not have to isolate for 14 days when they return home.

The airline serves 29 airports in Italy - including Naples, Pisa, Rome, Milan and Venice.

ENAC has raised its concerns with the Irish Aviation Authority.

Ryanair said in a statement that the claims made by ENAC are “factually incorrect” and insisted it is “committed to the highest level of safety for our passengers and crew at all times”.

It said its procedures are “in line with the safety recommendations and measures set out by the Italian government”.

These include implementing boarding procedures to “avoid unnecessary gathering of passengers” and making face masks mandatory for passengers and crew.

Ryanair operated 40% of its capacity in July and plans to raise this to around 60% in August.