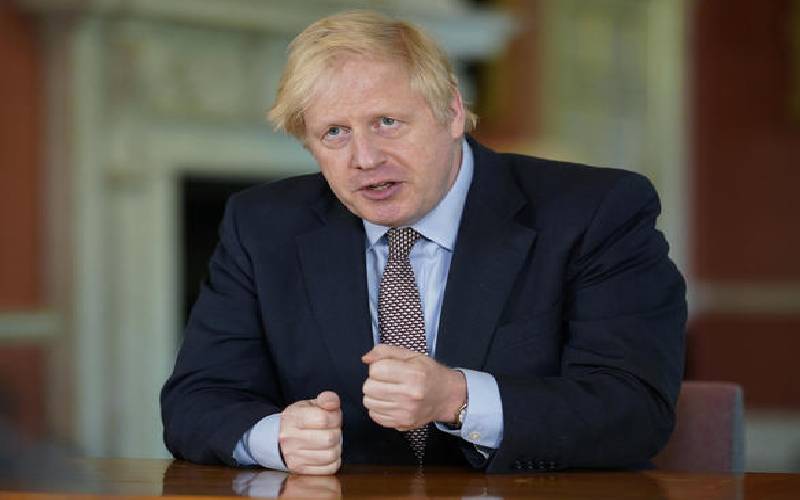 Boris Johnson (pictured) has vowed to make school compulsory for all children in England from September.

The Prime Minister admitted that the closure of schools had been "a massive problem" with the majority closed since March with children instead of being taught online.

But there are growing concerns that youngsters are missing out on key education by not being in classrooms - balanced by fears of teaching unions about coronavirus spreading among children and staff.

Since the pandemic struck, the government has effectively suspended fines for parents who keep their children out of school.

But speaking to The Mail on Sunday the PM said: "We need to get the kids back into school.

"I want all pupils back in school in September."

When asked whether it would be compulsory he replied: "Yes. It's the law."

It means parents who decide to keep their children home could face fines.

In the interview he also took a swing at teaching unions and said those opposed to the wider reopening of schools should ‘take their responsibilities seriously’.

In a message to the unions, Mr Johnson said: "It’s the kids from the poorer families who aren’t going back, and so you are entrenching social injustice."

Education is devolved so the governments in Wales, Scotland and Northern Ireland may not agree with the Prime Minister's stance and decide to offer more flexibility.

He promised to get children back to school in September by doubling the 15-child limit on class sizes in primary schools and ditching requirements for teachers to enforce the new ‘one metre plus’ social distancing measure - which comes into effect from July 4.

Laying out his vision for the country's post-Covid revival, Mr Johnson will use a speech on Tuesday to announce the creation of a taskforce to accelerate the building of schools, hospitals, roads and even prisons.

Downing Street said the rush at which the NHS Nightingale hospitals were created across the country inspired Mr Johnson to set up the infrastructure delivery taskforce, which will be chaired by Chancellor Rishi Sunak.

The group will be told that there are "now no excuses for delays" to building programmes after the country demonstrated it can move at pace during a national emergency.

The body will sift through the blueprints of major infrastructure projects in the pipeline and look to iron out any inefficiencies which could hold-up their delivery and stall the country in getting back on track.