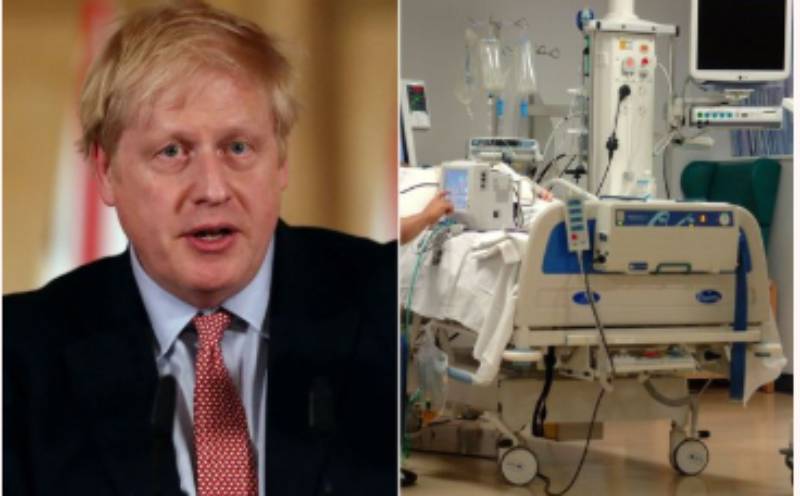 Boris Johnson’s persistently high temperature has fallen as he continues emergency treatment for coronavirus, it has been reported.

Mr Johnson was rushed to intensive care at St Thomas’ Hospital in central London at 7pm on Monday after he failed to overcome symptoms of Covid-19.

But the Prime Minister's temperature has now fallen as he recovers from the potentially deadly virus, reports the Times.

Mr Johnson is spending his second night in intensive care at the hospital where his condition is described as “stable”.

In a daily briefing from Downing Street, Foreign Secretary Dominic Raab said the PM was in good spirits and breathing on his own without a ventilator.

He said: “I’m ­confident he’ll pull through. He will be back leading us through this crisis in short order. We know exactly what he wants from us and expects from us right now.

“We will keep all of our focus and our resolve, with calm ­determination, to defeat the coronavirus.”

No10 refused to comment on reports the PM had been given four litres of oxygen when people are usually moved to ICU after 15 litres.

Earlier today, The Prime Minister's official spokesman insisted he was breathing unassisted some 17 hours after he was taken to the critical unit at St Thomas' Hospital.

He added: “He is receiving standard oxygen treatment and breathing without any other assistance.

“He has not required mechanical ventilation or non-invasive respiratory support.

“He has received standard oxygen treatment and is breathing without any other assistance."

The spokesman said Mr Johnson was moved to the intensive care unit "as a precautionary step in the event that he were to need ventilation".

Donald Trump also spoke about the Prime Minister's recovery during a press briefing at the White House today.

He said: "We pray for Prime Minister Boris Johnson. He's become a great friend of ours.

"He loves his country but he loves the USA and he has always been very good to us.

"Whenever we have had difficulty he has been with us and we appreciate it."