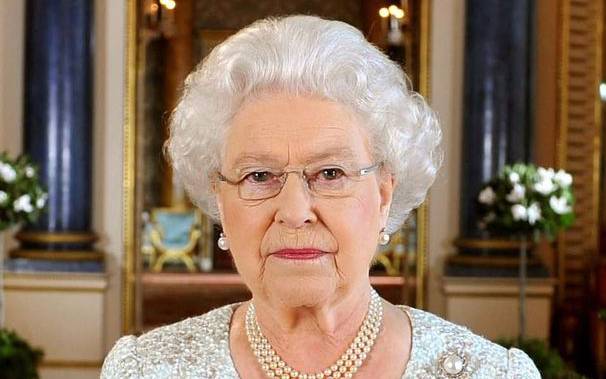 Queen Elizabeth (above) will evoke a wartime spirit on Sunday night to pay tribute to medics risking their lives on the Covid-19 front line.

In a historic televised address, the 93-year-old monarch urges everyone to pull together to help the vulnerable.

And she speaks of her hope that we will look back with pride for generations to come on our response to the crisis.

The head of state’s hand-written speech is the first by a monarch at a time of national crisis since the Second World War when her father King George VI addressed the nation over 70 years ago.

Palace sources say the broadcast is “a deeply personal message from Her Majesty reflecting her experience in other difficult times”.

It will go out to millions around the country and the Commonwealth on television and radio at 8 pm and could be the most-watched and listened-to broadcast in British history.

The Queen will say: “I am speaking to you at what I know is an increasingly challenging time.

“A time of disruption in the life of our country: a disruption that has brought grief to some, financial difficulties to many, and enormous changes to the lives of us all.”

The expectation has been growing about when the Queen would make a public statement about the unprecedented events that have seen the country go into lockdown to combat the pandemic.

Royal sources told how the Queen has kept a watchful eye on the situation, discussing in detail the Government response during her weekly meetings with Prime Minister Boris Johnson.

These have been carried out over the telephone since the monarch went into isolation at Windsor Castle last month.

A senior palace source said: “Her Majesty has always been ready to speak to the people when called upon by the Government and when the time is right.”

In another deeply emotive observation, the Queen will say: “I hope in the years to come everyone will be able to take pride in how they responded to this challenge. And those who come after us will say that the Britons of this generation were as strong as any.

“That the attributes of self-discipline, of quiet good-humoured resolve and of fellow-feeling still characterise this country.”

Sources say the monarch’s speech “will recognise the pain already felt by many families and thank those who are following the official guidance to stay at home to protect the vulnerable”.

She will pay special tribute to NHS doctors, nurses and other medical staff, the army of care workers and those carrying out essential roles including shop workers and delivery drivers.

The Sunday People can reveal for the first time the mammoth undertaking needed to facilitate the Queen’s unprecedented statement.

The broadcast was recorded after specific advice from her personal doctors was sought and followed to mitigate any risk to the monarch or others at Windsor Castle where she is staying with husband Prince Philip, 98.

Sources with knowledge of the recording suggested the logistics and planning had been made particularly difficult due to the nationwide lockdown and fears over the risks to the Queen’s health after she entered isolation on the advice of the Government.

The White Drawing Room used was chosen so that an appropriate distance could be maintained while a lone cameraman
was dressed from head to toe in the type of personal protective equipment worn by doctors and nurses treating infected patients.

A royal source said: “The Queen will demonstrate, as she has done on so many occasions, why she is one of our greatest monarchs in history.

“It was never in doubt that she would address the nation, even in the face of such an invisible invader that could even breach Windsor Castle walls.

“Her words will echo those of her father George VI during the Second World War, bringing the country
together in a moment of crisis.

“Now her words will fill the houses of millions of homes around the country and echo around the world to the Commonwealth’s two and a half billion citizens as we join forces to defeat this awful disease.”

The Queen’s oldest son and heir Prince Charles got the all-clear last week after contracting Covid-19.

e self-isolated for a week at his Scottish retreat, Birkhall in Aberdeen-shire, and on Friday made history by opening the new temporary NHS Nightingale hospital in East London via video link.

The facility was built in nine days by members of the armed forces from an empty conference centre at the ExCeL arena.

The palace was overcome with fear when the Prince of Wales revealed he had mild symptoms of the illness on March 22 and had held a face-to-face meeting with his mother just 10 days before.

Thankfully doctors confidently determined he was only infectious from March 13 and ordered him to self-isolate for a week to recover.

Both Charles, 71, and Prince William, 37, have made public statements concerning the virus as Britain looks set to be on lockdown for three months.

The Queen’s message will only be the fifth time she has addressed the nation in a special televised broadcast outside of Christmas during her reign.

Her Majesty has made three previous speeches to the country amid an atmosphere of crisis and grief, most recently after the Queen Mother’s death in 2002, ahead of Princess Diana’s funeral in 1997 and about the First Gulf War in 1991.

Amid celebratory times, the Queen also made a TV address to mark her Diamond Jubilee in 2012.

Over 27 million watched the PM’s TV address, which was announced only hours before on March 23.

Broadcasters Audience Research Board TV ratings provider Overnights.tv said: “People are looking to the Queen for comfort as she is held in so much respect.

“The country is stuck in its homes, making viewing figures higher and people watching on apps and catch-up will increase numbers further.”

Previous article
Production sharing is best bet to boost industries and create jobs
Next article
Pregnancy made me hate my husband's voice, cooking