The prolonged torture that is Brexit 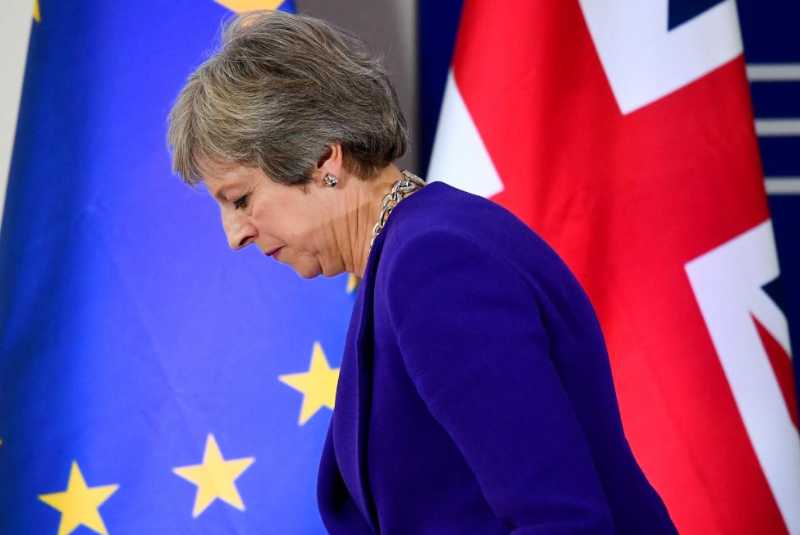 BBC political correspondent Chris Mason stood outside of the mother of parliaments on Monday morning and said he didn’t have the “foggiest idea” about where Brexit is going. Then he made what have been described as “exasperated noises” – and promptly became an online viral sensation.

But Mason’s exhalations were a disgrace for two reasons. There was much to explain about the UK government’s draft deal on leaving the European Union, and many future possibilities to explore. More importantly, Brexit, for all of the chaotic politics it has provoked, is a genuine political argument conducted within the bounds of a robust democracy. Indeed, it is a sign of a robust democracy. To make exasperated noises about it is to mock the purpose of the famed public-service BBC in national life.

To be sure, the political process is chaotic, and at times alarming. At this stage in the prolonged torture that is Brexit, a plan has been provisionally accepted by the European Union, provisionally agreed by a majority in a split cabinet and is likely to go to a parliament which, at present, seems disposed to vote it down. The nay-sayers include the Democratic Unionist Party, the largest party in Northern Ireland, which has provided a slim majority to give support to Theresa May’s Conservatives, but now seems too outraged by the implications of the deal for the province to continue.

To add strength to this view of the future, the cabinet has suffered a rash of resignations this week. One of those leaving is Dominic Raab, recently appointed as Brexit secretary charged with securing a departure deal. The government is being shredded bit by bit: the prime minister has retained the occupants of the three main offices of state – the Chancellor of the Exchequer, Philip Hammond, the Foreign Secretary Jeremy Hunt and the Home Secretary Sajid Javid. If one of these goes, May’s government is over. Even now, Brexiteers are striving to fire her. And the best analysts of the parliamentary arithmetic indicate her time in office will soon be over anyway.

Why? What is the plan to which so many object so strongly – and for such very different reasons? The overarching truth is two-fold. First, it is a highly temporary deal, with most of the technical details, especially on trade, still to be worked out in an extended negotiation period. And second, it constrains the UK, preventing it from making trade deals with non-EU states, as when it was a full member – but giving it no voice in the councils of the Union. The UK will stay in a customs union, which will allow the continuing of frictionless trade between Northern Ireland and the Republic of Ireland. But Northern Ireland will be subject to a tighter regulatory regime than the rest of the country – a fact which leading Unionists in the province believe will hasten the break-up of the UK itself, and prompt Scots nationalists, who are in power in the Scottish parliament, to demand a separate deal – arguing that Scotland voted heavily to remain, and bolstering their demand for independence.

The plan has attracted opposition from pro-Brexiteers, who believe it imprisons the UK in a cage which the EU has constructed for an indefinite period. Former Foreign Secretary Boris Johnson used his Telegraph column, and his Churchillian rhetoric, earlier this week to draw a picture of a country “in captivity,” only now able to “savor the full horror of this capitulation.” His younger brother, Jo Johnson, who is opposed to Brexit, resigned from his post as transport minister for some of the same reasons, calling the deal “an utterly abject and shameful national humiliation,” and stressing that no deal could possibly be better than the country’s membership of the EU.

The one political force which could save the deal is the opposition Labour Party – though hopes are very thin indeed. Most party members are for Remain, but its leader, Jeremy Corbyn, and his closest colleagues in the shadow cabinet are not: he told the German magazine Der Spiegel last week that “we can’t stop Brexit.” Though Labour’s present position is that it will vote down the plan, and call for a government resignation and a general election, there are groups within the party who may defy the leadership and support the prime minister – yet probably not enough to counter the Conservatives pledged to vote against her.

Democracy, when passions and principles are aroused, is a messy business. That is especially the case when, as now, a large boil filled with anti-EU sentiment has been lanced, and the barely-suppressed animosity to the loss of sovereignty to a multinational union which seeks to be a European state has been fully roused.

Like many of the British boomer generation, I had been a supporter of the EU – less for the UK, more as a capacious gathering of democratic states which could enfold the east and central European states once they sloughed off communism. In 10 years in the area as a correspondent, I thought, in the euphoric period after the end of the Soviet Union, that even Russia might come into membership.

No longer. Russia is using all of its considerable diplomatic skill to woo European states away from the EU, finding allies in Prime Minister Viktor Orban in Hungary and President Milos Zeman in the Czech Republic – and more recently, Italy’s most powerful and popular politician, deputy Prime Minister Matteo Salvini, together with the extraordinary prize of U.S. President Donald Trump – a populist International. French President Emmanuel Macron and German Chancellor Merkel continue to pursue – probably futilely – a more closely integrated EU, with the ambition of creating a European army.

Yet Britain is making a large mistake in leaving. It might have taken the lead in pushing within the EU for a third way – between exit and integration. The EU cannot overcome national attachments and the desire of Europeans to have a government they can hold to account – a necessary part of democracy the EU cannot offer. However, much of what it does in facilitating trade among members, in drawing together the leading politicians on joint projects and problems – on the environment, on security, on education – is admirable and needed. An explicitly two-speed Europe, where the integrators pursue the dream and the pragmatists pursue both national and common interests would have the result of retaining much of the value the Union has added to European life, and depriving the national populists of a large part of the problem. But it is now, it seems, too late.