ISIS fanatics have brutally executed 19 women who refused to have sex with fighters.

Said Mimousini, a Kurdish official, claimed the women who had been held hostage in Islamic State's stronghold of Mosul, Iraq, were killed a few days ago.

The official, who is a spokesman for the Kurdish Democratic Party in Mosul told Iraqi News: "The penalty decision came on the background of the refusal to participate in the practice of sexual jihad”.

Mr Mimousini also claimed an argument about who would get the women and how much they are worth has caused a rift within ISIS' ranks.
Thousands of women seized by the militants from the villages they conquer are sold or given as gifts to ISIS fighters who then rape and beat them repeatedly.

Most of these captives, some as young as 14, belong to the Yazidi community - an ancient Kurdish ethnic group based in the north of Iraq - or are Christians, and Isis sees them as heratics.

A UN envoy investigating Islamic State's vile sex trade has said "girls get peddled like barrels of petrol" and one can be bought by six different men.
She also verified a disturbing ISIS document which suggested the extremists sell the Yazidi and Christian women and children they have abducted, with girls aged just one to nine-years-old fetching the most money.

Zainab Bangura told Bloomberg: 'The girls get peddled like barrels of petrol... One girl can be sold and bought by five or six different men.

"Sometimes these fighters sell the girls back to their families for thousands of dollars of ransom."

The UN envoy has previously said those deemed the most attractive Yazidi virgins are sent to depraved slave auctions in Islamic State's adopted capital of Raqqa in Syria, where they are stripped naked and sold to the highest bidder. 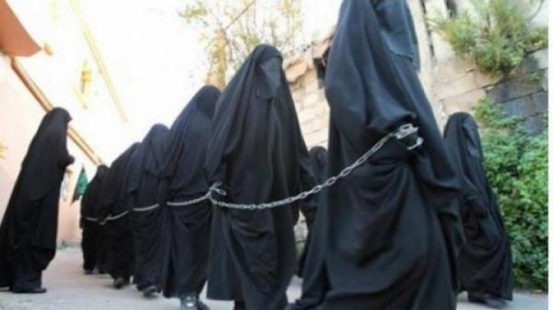 Mombasa sex workers announce new terms of service, as the going gets tough
“A session with no romance” has been adjusted to Sh500 from Sh300; a “full package of romance” is now Sh1,000, up from Sh500.
Peter Kimani
By Peter Kimani
2 days ago

Premium Sex workers announce new terms of service, as the going gets tough
A session with no romance adjusted to Sh500 from Sh300; a full package of romance is now Sh1,000, up from Sh500. Those who want to enjoy without protection will have to pay Sh3,000.
Peter Kimani
By Peter Kimani
2 days ago

R. Kelly sentenced to 30 years in prison
The sentence was imposed nine months after R. Kelly, 55, was convicted of racketeering and sex crimes.
World
By Reuters
3 days ago
.

By Reuters 3 16 days ago
UK condemns court decision to block Rwanda deportation, will not leave convention