Co-operative Bank of Kenya has signed up to join in the fight against illegal Wildlife trafficking under the Royal Foundation of the Duke and Duchess of Cambridge.

Wildlife has in the recent years face various challenges including poaching, forest fires and human encroachment into their spaces.
Data from African Wildlife Foundation shows that an average of 96 elephants die every day, and each tusk continues to fuel a global web of organized crime.

United for Wildlife Taskforce is fighting to save the endangered species like elephants, rhinos, tigers and pangolins under the Royal Foundation which is spearheaded by the Duke of Cambridge.

Other banks that are part of the financial taskforce and have committed in fighting illegal trade in wildlife include HSBC, Royal Bank of Scotland, Bank of America, and JPMorgan.

The taskforce boasts of more than thirty financial institutions across the globe which comprise of governmental partners and not-for –profit players. 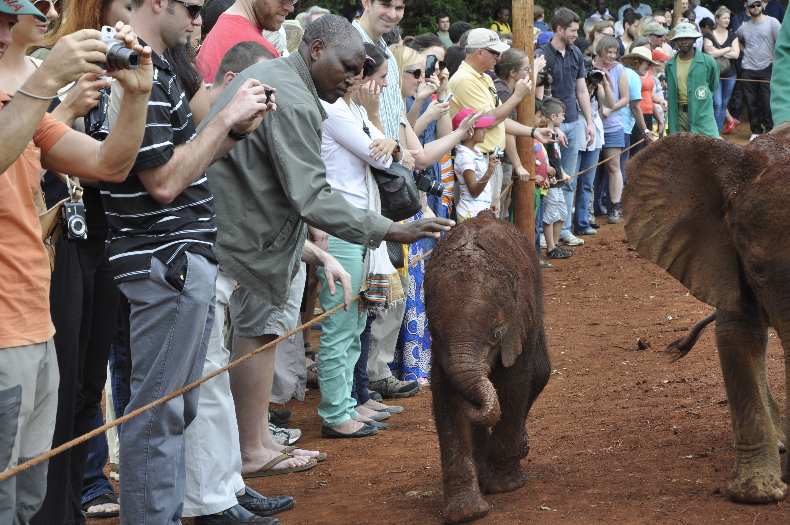 The common bond being and understanding that illegal wildlife trade is a financial crime, and it over lapses with other serious transnational organized crime.

Across the world, elephants are not the only victims of a growing international industry of legal and illegal wildlife goods.  African rhino is close to extinction due to human quest for its horn which is believed to cure ailments of all kinds from cancer to hangovers in Hong Kong , Vietnam, China,  and other Asian countries.

The United for Wildlife (UfW) Mansion House Declaration is a set of six commitments developed by the financial industry to help them take action against global wildlife trafficking.

Henceforth Co-op bank will be tasked to create awareness of Illegal Wildlife Trade and the role of the financial industry in combating it, as well as providing training to relevant staff within financial crime compliance functions.

In addition, the bank will play a key role in  reviewing intelligence reports received in the financial taskforce and take appropriate steps to identify, investigate and report potentially suspicious financial activity related to the illegal trade.

According to Co-operative Bank Group Managing Director & CEO, Dr. Gideon Muriuki, the bank has been committed to wildlife conservation and sustainability.

“Co-op Bank cards are well known in this industry as the ‘elephant in your wallet’, while our Jumbo Junior children service has the ‘elebank’, short for ‘elephant bank’ given to children to encourage them to save. Co-op Bank has the strongest association with elephants of any financial brand in Kenya,” said Muriuki.

“Our majestic wildlife heritage is God’s gift to this nation and for generations to come, and our noble responsibility is to take care of it for them,” he added.

According to the UfW IWT Financial Taskforce, the Chairman, Lord Hague of Richmond, Co-op bank will play a huge role in mitigating some of the problems that have been facing wildlife especially those facing extinction.

“The Taskforce secretariat and the Taskforce partners look forward to supporting you as our newest member. The potential rewards are significant: by improving the detection and disruption of IWT, we will make a difference in fighting the loss of some of the world’s most iconic species,” he added.

Kizza Besigye will not vie in 2021 Uganda elections

Besigye has on several occasions accused the electoral commission of engaging in electoral malpractices.

Conservationist Paula Kahumbu named to Nat Geo board of trustees

By Betty Njeru | 1 month ago

Man ties himself to city tree in call for a quicker end to deforestation
;
Feedback