Report: Why lions are under threat 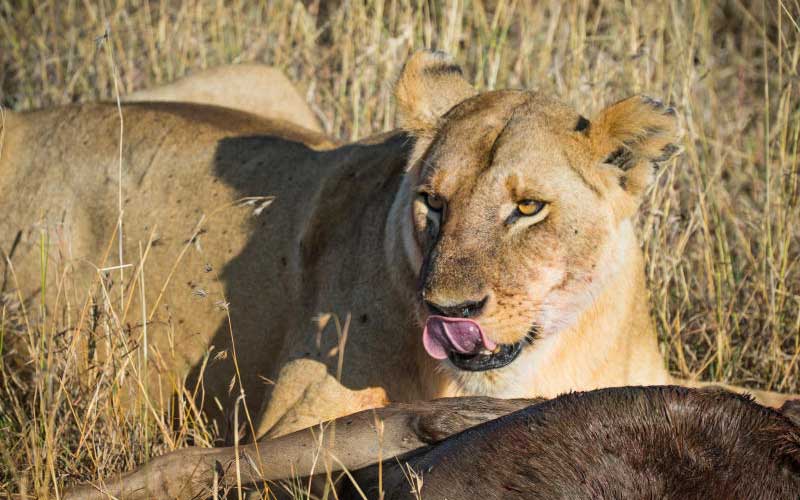 A study of landscapes in Africa has reported a dramatic decline in the number of lions across the continent, blaming it on pressures on their ranges. The report titled ‘New Lion Economy’, released earlier this month, says lions are surviving in small numbers in protected reserves where their populations are controlled through killing and sometimes contraception. Despite lions being iconic symbols of economic development in many African countries, the report reveals that there has been little notice on the decline in their population.

“Lions are on a knife edge throughout sub-Saharan Africa. Their decline is a tragedy for the whole world,” the report released ahead of the commemoration of World Lion Day yesterday says. Lion populations, the report says, has declined from an estimated 200,000 about 100 years ago to slightly over 20,000 today, with changing climates and habitat loss aggravating the situation. “The lion – one of the world’s most iconic animal species – is facing a catastrophic decline, with Africa’s population dropping 50 per cent in only twenty years,” says the report. At the rate of decline, the report speculates, lions will not survive the 21st century in the current situation where they are being used as mere centrepiece of a high status vacation for foreign visitors to the continent and target of trophy hunters. “But in many areas, ecosystems are being degraded and lions are increasingly surviving only in small populations in highly protected reserves,” it says.

“These reserves require considerable management, including sometimes population control through killing and contraception, and thus only make limited contributions to ecosystem functionality and wider conservation outcomes.” This situation is worsened by the fact that funding of protected areas, where over 50 per cent of the remaining lion range is concentrated, is so low that “there is a risk they may lose much of their remaining wildlife resources before human communities have the chance to benefit from them in economic terms.” Remaining lion populations in Africa are only found in 10 areas, with four in East Africa and six in Southern Africa.