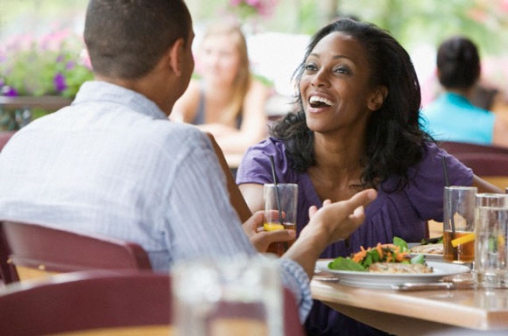 Kenyan women love foreign men. That is an open secret. The further a dude is from Kenya, the better.

Tanzania and Uganda is not ‘foreign’. Nigeria and anywhere in West Africa is.

But foreign men think Kenyan women are cheapskates. Our girls will bend all the rules to please Naija men. They don’t mind dropping their ‘feminism’ guns when a Naija bro comes knocking.

Take this example. A month ago, a video featuring a half-naked Kenyan girl dancing seductively for a man with a heavy Nigerian accent (who could only be heard in the background) went viral.

‘Shiro,’ the dancing queen, was dropping it like it’s hot, shaking what her mama gave her to the joy of her man who couldn’t hide his excitement.

“Turn, Shiro, turn!” Oga shouted in the typical Nigerian accent that made the word ‘turn,’ sound like ‘ton,’ as he encouraged the enthusiastic dancer to let loose in the four-minute clip, which he promised to delete after the show.

Trust me, if the man in question was a Kasyoki, Kamande or Ondiek, Kenyan women would have taken to the streets to protest.

Before he was deported in 2013, he was quoted as saying, “We are doing Kenya a favour by marrying their women. I have never heard of a Kenyan man marrying a Nigerian...”

This led to a debate pegged on why Kenyan women fall head-over-heels for Nigerian men.

This writer spent a few days in Nigeria which gave her an opportunity to observe the Naija brodas, some of whom pointedly declared that it’s “cheaper” to maintain a Kenyan woman than a Naija one.

But are Kenyan women really cheap in the eyes of foreign men? Maybe, if you ask those Nigerian brodas our sisters love to bits. And this is why they are cheap according to the Ogas:

They are easy ‘chips funga’

For most Nigerian men, wooing their women is a ceremony. Damilola Sonji spent four years in Kenya and thinks wooing a Kenyan woman is much easier and cheaper than a Nigerian, since it’s hard getting as many one-night stands from them as he got in Kenya.

“You see, a Kenyan woman is very different. You can meet in a nightclub and end up with her in your house without any expectations. Naija girls, on the other hand, expect you to bring down heavens for them. You might even end up buying a house for her before you can take her to bed,” claimed Damilola.

While Kenyan women easily drown bottles of stouts (without mixing with soda), a Nigerian will only swill stout drinks at her local. The moment a Nigerian mama saunters into a club, there is man already ordering drinks for her. And it’s that dark and bitter ‘engine oil.’

Diana Bada, a Russia-born Nigerian musician, who was in Kenya for a month agrees that Kenyan women are, indeed, different.

“In Nigeria, it’s almost obvious that women don’t spend women in a nightclub. Our men take care of us and that’s their responsibility. It does not necessarily mean that you will go home and sleep with him. It’s just our culture,” said the musician who performed at Ole Sereni in Nairobi, in Kilifi and in Mombasa.

Diana says that she was shocked to see her friend panic when one of their Nigerian friends volunteered to drop them home.

“We went to eat at a Nigerian restaurant and it turned out that the owners knew my friend. They therefore offered us a car to drop us home and save us taxi money. We were even given clothes by the people who also own a fashion house. My friend almost had a heart attack thinking the man wanted more. It took a lot of convincing for her to realise that that’s how women are treated in Nigeria,” Diana told The Nairobian.

Socialites have single-handedly convinced young girls that there is good life in Nigeria. In fact, nowadays most local girls are posing nude online, showing off their butts hoping someone in Lagos will take note and fly them out.

Nigerian musician, General Pipe, claims it’s not always as rosy as it seems in Nigeria, but is shocked at the lengths Kenyan women go just to bag a Nigerian man.

“I know one Kenyan socialite whose first visit to Nigeria was disastrous. She almost slept on the streets, but was rescued by a fellow Kenyan. She spent the rest of her days cosying up with any man with a nice pair of shoes. Naija babes can make you pay for their flight to your country and never show up because they will somehow find a way to sell the ticket!” said the musician who lived in Kenya in 2012.

They love to chop, chop around

Kenyan women think it’s a badge of honour to sleep with a foreigner after knowing their surname.

Folorunsho Agbede, a Nigerian teacher who was in the country for only a week, says she was shocked at the activities that went on in the hotel she was staying.

“It was a conference for Nigerian and Kenyan teachers and we were staying at a high-end hotel near Valley Road in Nairobi. I noticed that our Kenyan female counterparts were sharing rooms with our Nigerian male colleagues just two days after we met. I know some of these men are married back at home, so this really came as a shocker. I’m not saying that we are perfect, maybe we are just difficult,” said Folorunsho.

They have low self-esteem

Kenyan women are not as confident as their Naija counterparts. Kenyan lasses are also more  reserved. Olamide Ojuon, a Nairobi-based gym instructor, says he would date a Kenyan girl, but never marry one. “I just feel that Kenyan girls are not confident. I wish I could show you the messages I get from girls I have broken up with and how they react.

They always ask where they went wrong. If a woman is confident, she should know that she is beautiful and a man who leaves her is the loser. I want an aggressive woman. I want to chase someone so when I get them, I won’t want to lose them. Maybe I can just find that back home,” he said.

They are willing breadwinners

A never-do-well Nigerian man can find a local lass who can take care of his bills, but for Nigerian women, that is a no-no. “A man should provide for you, your friends and family if possible,” reasons Chike Adobi. “That’s his responsibility. For a Naija babe to get with a man, he must be willing to chop money. Isn’t that the same in Kenya? No romance without finance, right?” she asked, but things are not the same here for some women who are willing breadwinners.

Apart from a few cases of influential families, Kenyan girls easily get married to whoever they fancy and her family only get to know when she has three kids who are about to register as voters! a

However, when a Naija girl shows interest in a man, her family starts researching his background.

“Marriage in Nigeria is a very big deal and that’s why women and men don’t rush into it. When a girl shows interest in a man, the family starts snooping just to find out his background. That’s why Naija girls are very choosy,” Nigerian musician Flavor  told The Nairobian in a previous interview to explain why he was still single.