The ‘Vatican Village’: Where women divorced to become nuns 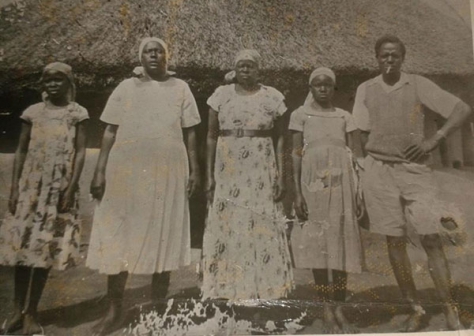 When Pope Francis arrived in Kenya for his three day visit on Wednesday November 26, a village in Western Kenya had something in common with the Pontiff.

The head of the Catholic Church will be from Vatican. And the village in Mawego Kobuya village in Karachuonyo, Homa Bay County...is also called ‘Vatican.’ Here, Christians are in a pious mood, singing ‘May the spirit of the Lord come down,’ while fidgeting with beads on their rosaries, as they wait for the Pope’s visit.

The ‘Vatican Village’ has its legacy rooted in Christianity and the Asumbi Catholic Missionaries Cemetery is the resting place of women who made history when early missionaries pitched tent there.

Take Merita Chialo. She divorced African culture and her family to become a nun in 1933. Chialo left her husband and daughters Patricia Ogola Ombuor and Bernadette Nyadongo to seek permanent residence in today’s St Francis of Assisi Mawego Parish where she welcomed many more women divorcing their husbands for Christianity.

Patricia Ombuor, a pioneer graduate from Asumbi Teacher’s Training College in 1939 and a trained teacher at Mawego Mission told The Nairobian that it was real salvation and belief in the Bible that made women, like her mother, who were married to polygamous husbands to quit their marriages.

“Merita Chialo...left her marital home in Kobuya to join the mission as a catechist and defender of converted women seeking refuge from African pagans who threatened their lives,” she said.

Her mother died in 1974 and is buried like any nun at Asumbi cemetery next to the white missionary and founder of Asumbi Mission, Fr Philip Scheffer.

Besides Merita Chialo, the ‘Vatican Village’ is so called for producing Catholic priests and nuns including Fr Hillary Awiti, nephew of Homa Bay Governor Cyprian Awiti and the late Dr Lazaro Awiti, a former lecturer at the University of Nairobi.

Then there is Fr David Obuya who is at Rakwaro Seminary. His grandfather, Alloyce Ajwang, was an early convert to Catholicism. Joan Odera, his grand daughter, is a Catholic nun of the Opus Dei Order and Principal of Kianda School.

Sr Fidelis is now a member of the Awitis through marriage. How did this happen?

“Those patriarchs... moved to Mawego as converts where there is the mustard seed of Catholic priests and nuns,” explains Emmanuel Awiti, whose brother, the late Prof Lazarus Awiti, married Dr Leah Awiti who had come to visit her sibling, a Catholic nun named Sr Fidelis who was teaching at Mawego now at Lwak Convent.

Emmanuel says the Catholic Church is ‘the government they have known in South Nyanza’ through Catholic missions in Asumbi, Rakwaro and Tonga that made schools, hospitals and church part the people’s lives alongside “baptism, marriage and death” and when things went wrong “only the Catholic priests and Bishops came to bail us out,” says Emmanuel.

The Vatican Village has produced over 50 Catholic priests and Catholic sisters, more than any other village in Luo Nyanza in pre and post independent Kenya!

Premium
Edna Clarke: The untold story of ties that bind Uhuru Kenyatta to the UK
Features
By Standard Reporter
4h ago
No weapon formed against us shall prosper - Wajackoyah's wife Meller Luchiri
News
By Fay Ngina
4h ago
Light moments as Kenya goes to the polls
African News
By Kirsten Kanja
5h ago
Celebs in business: From Bien's new club to Moya David's beauty spa
Features
By Kirsten Kanja
8h ago
Tiny African kingdom has skiing as Europe sweats summer heat
News
By AP
Aug. 8, 2022
.