Western
By By Eric Lungai
| 8yrs ago

VIHIGA, KENYA: Four suspected gangsters were Wednesday lynched by an angry mob after they tried to rob a businessman in Viyalo village, Sabatia constituency, Vihiga County.

The gang had attacked Mr Obadiah Andulu, a businessman who buys and sells gold from the miners in the region.

Speaking to The Standard, Mr Obadiah explained that the gang had attacked him at his office in the morning.

“Two gangsters came to my office at around 11am and ordered me to put my hands up or else they were going to shoot me. I obliged but when I saw an opportunity, I grabbed the hand of the one who was holding the gun and fought him to the ground,” said Mr Andulu.

Andulu explained that the other man who was frisking his premises came to assist his friend, and in the process shot in the air, attracting the attention of the residents, but no one was injured in the process.

Confirming the incident, area assistant chief Aggrey Mmata said that he heard some gunshots while at the Viyalo shopping center and immediately ran to the scene.

“I found that one person had been arrested by the residents who had rushed to the scene to see what was happening. I immediately took the gun away from him,” said Mmata.

Before being set ablaze, the man had explained that they came from Nairobi and were invited to the area by a friend who wanted them to help rob Mr Obadiah Andulu.

Earlier in the morning the group had gone to an M-pesa agent at Viyalo and wanted to withdraw Sh. 10 000, of which they didn’t get.

The chief said that the residents caught the other three suspects and set them ablaze as police had not arrived in the region.

“The residents immediately set the three ablaze while two others are still on the run and have not been caught yet,” he said.

Sabatia OCPD, Martha Kanini asked the residents not to be lynching suspected gangsters as they are vital in the investigations.

“When the suspected gangsters are burned beyond recognition, they cannot help with the investigation into other crimes that they may have committed,” said Kanini.

The four who were lynched arrived in the region on Wednesday morning from Nairobi. Some of the documents that were found on them identified them as: Richard Ng’ang’a, Evans Njoroge, and Joseph Mutua while the others went unidentified.

R. Kelly sentenced to 30 years in prison in sex case
News
By Reuters
2h ago
Ben Pol: How I coped with divorce from Anerlisa Muigai
Showbiz
By Diana Anyango
10h ago
'Fake policewoman' arrested after Inooro TV interview
News
By Vincent Kejitan
11h ago
Bahati: Sifuna will cost Raila the Mathare vote
News
By Vincent Kejitan
13h ago
Deafness in marriage is not a deal breaker, Samm Komorah shares his experience
Showbiz
By Davis Muli
14h ago
. 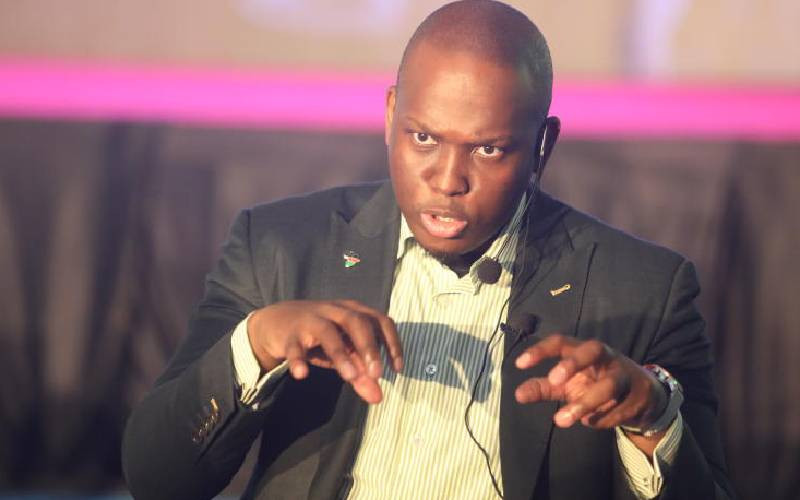