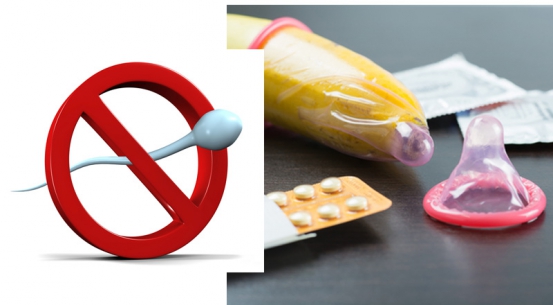 A story in the Standard last week described the myths and misinformation surrounding contraceptive use, particularly as held by teenagers in Kenya.

Girls aged 11-15 had some "simply astonishing" ideas about what it would take to prevent pregnancy, including "taking a hot bath, drinking hot water, jumping vigorously after sex, having sex in a standing position, or having sex when it is raining or in a swimming pool."

Even in their older teenage years (age 15-19), data from the Kenya Demographic and Health Survey (DHS) shows nearly half (49.9 per cent) of sexually active girls in this age group are not using any proven or recognised contraceptive method – and are probably resorting to the myths described above, or leaving it all to fate.

Still, in the past 10 years, the use of contraceptives in Kenya has risen fast; according to latest data, 53.2 per cent of married women aged 15-49 were using at least one modern method.

This includes the pill, injectables, intra-uterine devices (IUD/ "the coil") implants, male condom and sterilisation. In 2008/9, this proportion was just 39.4 per cent, and it was 31.5 per cent five years before that.

Unmarried women report even higher use of modern contraceptives, at 60 per cent. Despite the prevailing myths and misinformation, not everyone falls for them.

At least half of sexually active young women and teenagers (age 15-19) are using one modern method in their encounters, primarily male condoms, but also injectables.

With this increase, the government of Kenya's Population Policy for National Development has already achieved its target of 52 per cent of adult women using a modern contraceptive method by 2015.

Among the various methods women use, the biggest change over the past few years is reported for injectables and implants, the latest Kenya Demographic and Health Survey (DHS) reports.

But contraception can only be effective when used consistently and correctly, and the data shows that many couples struggle in trying to keep at it.

Nearly a third (31 per cent) of contraceptive users discontinue the method within 12 months of starting its use.

Discontinuation rates are highest for the female condom – nearly half of those who begin to use it abandon it within a year, possibly because it is not widely available and many are not familiar with it.

Male condoms were discontinued not primarily because of any side effects or failure rate (just 6.2 per cent became pregnant while consistently using condoms) but because of infrequent sex, or that the husband/ partner was often away.

The withdrawal method also has a high discontinuation rate – 46 per cent discontinue it within a year, mostly because of its high failure rate. The reason that most women gave for discontinuing its use: they actually became pregnant.

Connie Kiki * a mother of four opted for a tubal ligation after using the withdrawal method for many years.

"My two last babies were as a result of using withdrawal method. There is no way I am going to risk pregnancy now that I am in my 40s. My husband agrees with me so we did a tubal ligation."

Pills are also abandoned by nearly half of those who begin to use them. The most common reason given for discontinuing the pill was health concerns or side effects, a reason given by 27.6 per cent of respondents. Some of the common side effects reported include nausea, breast tenderness, headaches, weight fluctuations and libido and mood changes.

But the method most abandoned for the specific reason of health concerns and side effects was implants, where 51.5 per cent of users gave this as the reason why they stopped using it.

Implants often cause "breakthrough bleeding", which is prolonged spotting between menstrual periods, which can be inconvenient and distressing. Mood changes, weight gain, headache, nausea and dizziness are also commonly reported.

"I was using a hormonal coil. I had to stop because my weight started ballooning," says Claire.

One may wonder why women have to bear the physiological cost of birth control, if sex is a joint activity between men and women. Must it be so?

For decades, the scientific and medical community has treated these side effects in women as inevitable, but minor concerns. Recently, scientists have been developing an injectable hormonal contraceptive for men that showed great promise – it was 96 per cent effective at preventing pregnancy, which it did by lowering sperm counts.

But the clinical trial was discontinued early, because the male subjects experienced side effects such that "the risk to the study participants outweighed its benefits."

The side effects in question? "Mood changes, depression, pain at the injection site, and increased libido" – some of the very side effects that have been treated as minor concerns in women!

In science, as in much of life, the standards for men and women are very different. In 2007, pharmaceutical giant Bayer gave up on a male contraceptive regimen that involved an annual implant and a quarterly injection.

"The company," Olga Khazan writes in The Atlantic, "concluded that men would consider the regimen—in the words of a spokesperson—'not as convenient as a woman taking a pill once a day.'"

In other words, men considered having to go in for an injection every three months as too much trouble, when the woman could just handle it on their own.

Kenya's DHS study also asked men about their knowledge and attitudes towards contraceptive use. The data shows that secrecy of contraceptive use is not common in Kenyan marriages – 92 per cent of currently married women reported that their husbands/partners knew they were using a method of family planning.

There is no notable variation in husbands/partners' knowledge of use of a family planning method by age or residence; however, a substantially lower proportion of women in the North Eastern region (53 per cent) than in the other regions (88 per cent or more) report that their husband/partner knows they are using a method of family planning. Husbands/partners' knowledge increases gradually with increasing women's education and household wealth.

Additionally, men were asked whether they agreed or disagreed with two statements about family planning use: (1) contraception is women's business and a man should not have to worry about it, and (2) women who use contraception may become promiscuous.

The results show that only 13 per cent of men believe that contraception is solely women's business, and broadly speaking, better-educated and wealthier men are less likely to believe it is women's business.

Men in Eastern (18.3 per cent) and surprisingly, Nairobi (17.6 per cent) are the most likely to believe that contraception is women's business and a man should not have to worry about it. Nairobi's results are counter-intuitive and go against the expectation that men there would have more progressive views.

The data also shows that 29 per cent of men believe that women who use family planning may become promiscuous.

A higher percentage of divorced, separated, and widowed men believe so than their married and never-married counterparts.

And if we go by region, men in Eastern, Coast and Western are most likely to believe that women who use family planning may become promiscuous.

Positive and woman-affirming views on contraception are more likely to be expressed by men with a secondary or higher education; such views also increase with increasing household wealth.

The rise and reign of reality TV
Books,Film And Theatre
By Kirsten Kanja
2h ago
When water calls, Coast isn't only option
Lifestyle
By Sunday Standard Team
3h ago
Britney Spears' ex convicted of trespassing in wedding raid
News
By AP News
4h ago
Jalang'o: I have a lot to learn as a first-time MP
News
By Vincent Kejitan
6h ago
Author Salman Rushdie stabbed on lecture stage in New York
News
By AP News
8h ago
.