Machakos First Lady: Why I am leaving Governor Mutua! 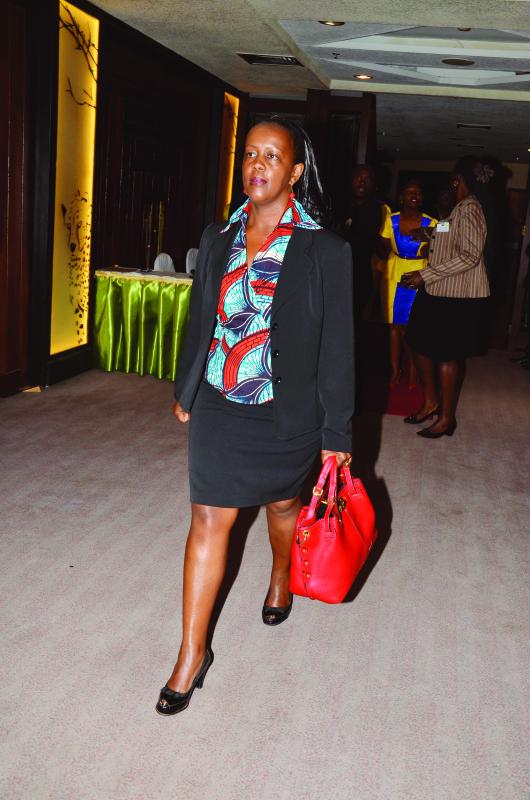 Machakos Governor Dr Alfred Mutua and estranged wife Josephine Thitu Maundu are embroiled in a bitter and ugly tussle over children and matrimonial property, The Nairobian can exclusively reveal.

So acrimonious is the split that Josephine, a pharmacist, claims they no longer live together and that she flew to Australia with their three children on November 6 to take a break from “stress and a failed marriage.”

The fight over ownership of the Westlands house and custody of the children appears to be the last straw for her. Josephine has in fact threatened to sue Mutua if he does not hand over all keys and property to her lawyer and vacate his staff from the Westlands home, which she claims he surrendered to her in a sworn affidavit witnessed by her advocate, Carol Wanjehia.

The allegations, which Mutua has dismissed as lies, are likely to widen cracks in the youthful governor’s carefully managed image since he introduced the beautiful Lillian Nganga as “The First Lady of Machakos.”

In a long email on her predicament seen by The Nairobian, Josephine says that when she flew out of the country, she appointed her younger brother, Moses Mutua Maundu, as the caretaker of their Grevillea Park apartment, with instructions to renovate and rent it out.

But soon after the movers arrived, she says, Mutua drove in with two Administration Police (AP) officers and stopped the works.

The governor further ordered two house helps not to allow anybody in, before padlocking the gate and leaving the APs on guard. When Josephine was informed, she called a private security firm for assistance but they were repulsed by the policemen.

The following day, however, Mutua told Spring Valley police that his wife and her relatives had abducted his children. But Josephine maintains that the governor was not only fully aware of the Australian trip, but was the one who paid for the tickets. Mutua appears to have changed his mind later when a telephone conversation with his estranged wife degenerated into a shouting match. Consequently, he threatened to seek a court injunction preventing or delaying Josephine and the children from leaving the country.

“His main complaint was that I continued to insist that I accompany him and the children on planned weekend or full day outings. He does not want me to accompany him, saying that he does not need a chaperone to be with his children,” she said in the email.

She cites several incidents when the governor allegedly intimidated and humiliated her in public to demand more time with the children. One such incident happened late last year when he evicted her from the seat she had been allocated at a public function and ordered security to move her to the back of the dais to prevent her “from making a scene.”

Her brother, Maundu confirmed to The Nairobian that he was among close relatives who were summoned by police to shed light on the kidnapping allegations.

“We went there (police station) accompanied by two lawyers. Each of us made separate statements on what transpired the day I intended to relocate Josephine’s belongings. We also inquired where these kidnapping allegations were coming from,” said Maundu.

Maundu accused his brother-in-law of dishonesty, claiming the couple were almost finalising their separation through an out-of-court process and had agreed on how to share property.

“I am privy to the exchange and distribution of their property. I have seen the documents,” said Maundu.

A senior officer at the station confirmed that Mutua and his in-laws visited the station but declined to give details.

“Yes he (Mutua) did come here, but protocol does not allow me to comment on the matter. Talk to the spokesperson (Zipporah Mboroki). I have briefed her on all the details regarding the matter,” said the officer. In her email, Josephine accuses Mutua of using his position to intimidate and harass her agents, yet the governor has never returned to their matrimonial home since leaving on his own volition.

“Dr Mutua has not lived at Grevilla Park 32 since December 2012 and the property is now legally registered in my name as the sole owner. Dr Mutua no longer represents me in any matter. We do not jointly own any property and he is not involved in any of my day-to-day activities, including physical care of our three children. I am currently in Sydney Australia,” she wrote.

Josephine blames Mutua for forcibly evicting persons who had her full authority to enter her premises on November 7 and pack and move her belongings to Machakos. “Dr Mutua’s actions are, therefore, incredibly out of hand, foolish and criminal,” she stated in the email.

Police are said to be reluctant to pursue the matter after one of their seniors warned that it is a civil case. When contacted, Mboroki said the matter did not require police intervention because it was private and the children were not kidnapped.

Josephine’s mother, Rahab Wanjiru, is said to have travelled from Limuru to Westlands following the standoff.

“I know he is now a powerful man, but why would he do this to my daughter?” she asked close relatives who had congregated outside the residence.

Josephine questions why AP officers were stationed at her house, claiming that despite the governor having no custodial rights, she has allowed him to visit the children any time he wished.

“I have been hounded out of my home and country by endless intimidation, mental torture and anguish by Dr Mutua. My children and I have been subjected to intense public humiliation, lack of privacy, inadequate security and media scrutiny for two years,” wrote Josephine.

Josephine says that due to “Dr Mutua’s criminal behaviour in Kenya,” she has recorded a statement with Australian police.

When contacted, Dr Mutua dismissed her allegations as lies.