The killer women of Kabete 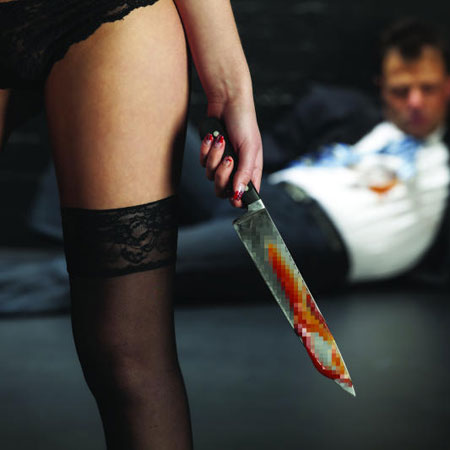 Since time immemorial, men from Central Kenya have been warned by their folks against marrying women from Kabete.

The warnings, some from aunties, are given as early as when the boys are hardly taller than their mothers’ knee height.

Women from Kabete, who are famously known as ‘Aka a Kabete’ and famed as 22-carat beauties, are believed to be, among other things, husband killers.

Kabete, most Kenyans have been told, has the highest concentration of widows per square kilometre in Central Kenya.

Besides killing their hubbies, Kabete women are also considered aggressive go-getters who brook no nonsense. So ingrained is this stereotype that men from Central Kenya believe marrying a Kabete woman will not get them any blessings from their folks.

Very few aunties and uncles would be willing to make the journey from Gikororo around Karatina for dowry negotiations in King’eero, Kabete.

Even the name, King’eero, translates to ‘slaughter house’. Or a place for slitting throats!

Is this stereotype of the Kabete woman as a ruthless husband killer true?

Elias Ndung’u is a city graphic designer. When he moved out of his parents’ house and rented a pad in Kabete, his grandmother advised him, “My grandson, you are now a man, and I have to tell you, although you will live in Kabete, don’t marry a Kabete woman. Don’t even date one.”

His grandmother didn’t tell Elias what would happen if he indeed married a Kabete woman.

“I am not even ready to marry one. All my friends were advised against Kabete women by their parents or relatives,” says Ndungu. Late last month, a business tycoon was killed in Kabete.

His wife, who was later released from police custody, was said to have conspired with her relatives in the hacking of the man to pieces before throwing his body on the road.

Last week, the burial of the tycoon in King’eero was postponed.

A 2005 study on poverty in Kenya revealed that Kabete had the lowest poverty rate, even though, on average, not all are rich. Money and property though account for male deaths in most households, with the well-off widows soldiering on solo with her brood after the man’s death.

In February this year, police in Kabete arrested a woman who allegedly stabbed her husband to death.

Lucy Gatukuyu, 33, allegedly stabbed Daniel Maina Karugu in the chest and stomach after they quarreled. Area OCPD, Matthew Gwiyo said the woman was rescued from angry neighbours who were baying for her blood after the 9.30pm incident.

“We are holding her at the police station and she will answer to charges of murder,” said the police boss.

Although statistics are hard to come by, a casual observation in the villages around Kabete paints a disturbing picture.

Most of the households are headed by single mothers or widows. “It’s true, many houses here have widows whose husbands died suspiciously” says a musician, born and bred in Kabete. He adds that most of the men also flee King’eero because of domestic abuse.

“Go to every house in King’eero, apart from the families that are renting houses here, all the homes have no men. It’s women only. And most are widows,” claims the artiste.

Kinge’ero is said to be the most affected area in Kabete.

Maendeleo ya Wanaume chairman Nderitu Njoka says statistics released last year show that 460,000 men in Nairobi, especially Kabete and Central Kenya, were subjected to domestic abuse by their women. These abuses were physical, mental and emotional.

A report released in April this year by Maendeleo ya Wanaume titled ‘Homicide Against Men in Kenya’ revealed that 25 percent of men don’t die from natural causes, but are killed by their spouses.

“We did a scientific survey and we found out that the place with the highest number of married men dying is Kabete in Kiambu, followed by Nairobi and then Mombasa. These men are being killed by their spouses,” says Nderitu.

He adds that the fear of Kabete women is part of Kikuyu folklore for boys.

He says Maendeleo ya Wanaume cannot advise any man against marrying a woman from Kabete because there are still “a few good women there.”

“If you are a married man, above 40, and successful and you are alive, count yourself lucky. But watch out because a woman is after you. They will eliminate you,” says Njoka.

Speaking to The Nairobian, Bernard Mbugua, the chief of Kabete Location, claims the women from that area are hardworking. Though most of them are single due to early marriages, the area chief says that bringing up children highhandedly is a challenge to most of them.

The Nairobian found out that some Kabete men die under mysterious circumstances hence the stereotype of Kabete women as killers.

“These mysterious deaths are not investigated well, and so the cause of death is never really identified, “explained chief Mbugua, “it is when we attend burials and see the widows, some in high spirits and with the strength to sing and even read eulogies, that a lot of questions start being asked.”

Some men escape though

Peter Kimani never expected the mother of his three children to plot his death. “She (wife) paid some men to attack and kill me outside my gate at around 10pm as I got home from work.”

Kimani’s sister-in-law learnt of the plan and invited him to her house that evening. He escaped death.

Martin Irungu, 96,  from Gakindori Village in Kabete argues that although his age mates died from alcoholism and chronic diseases, a high percentage also died under unclear circumstances.