Ommy Dimpoz back in hospital months after surgery

Tanzanian crooner Ommy Dimpoz is back in hospital two months after critical surgery. Reports confirm that the singer was experiencing further complications after his throat surgery that was carried out in South Africa.

In a video, that was later deleted, showed the singer looking frail, he revealed that his health was not taking the direction he was hoping for. 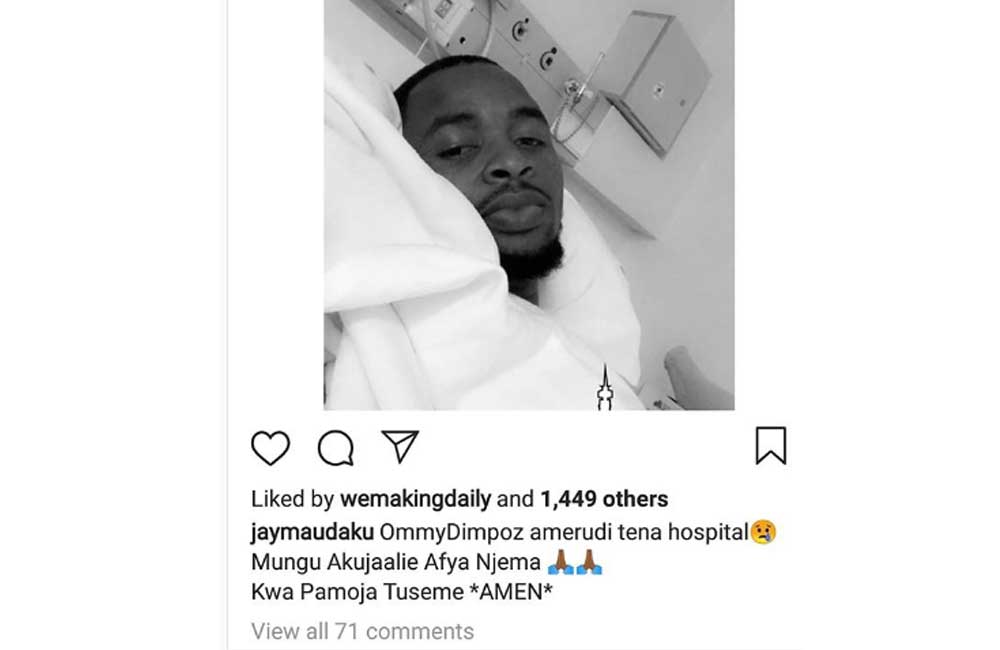 During initial hospitalization, the singer is said to have gone into a comma for 9 days after the throat surgery that was taken care of by Mombasa Governor Hassan Joho. The Baadae singer sought medical attention following weeks of having a hard time swallowing.

His situation has garnered much support from Tanzanian fans and musicians alike through financial and prayer support towards his quick recovery. It is known that Joho had seen the singer struggle to swallow during Ali Kiba’s wedding that he offered to have him see his doctors.