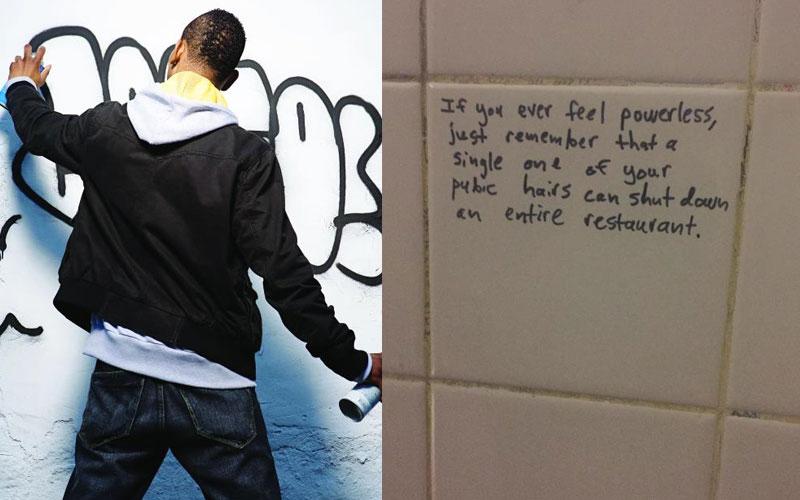 The governor of Nairobi last week came up with a directive, ordering the use of all city public toilets to be free. The order has elicited a lot of reactions, with many expressing concern over impending misuse and mismanagement of the public facilities.

One of the common problems that city residents should brace themselves for is the return of dirty and often funny, intellectual or even inspirational scribblings on public toilets walls, a culture that was fading away.

Crazy Monday went round, studying these toilet scribblings and a couple of trends emerged. For example, most of the writings are on Kenya’s pet topics, especially politics.

Also, despite these writers being weirdos, most are extremely intelligent poets, humorists and philosophers in the making. Toilet graffiti is also a form of art that cuts across class, age and gender, we discovered. It would emerge that men write more lewd stuff than women, who prefer romantic quotes.

Some of the literature is so hilarious that as you sweat out and push, it leaves you chuckling throughout.

“Forgive Baba, he is just observing good table manners as he eats with Jubilee. With his mouth full, he can’t talk about corruption,” reads graffiti at a public toilet in Nairobi. “Muli is a one minute man,” screams writing on a toilet wall at a city university.

Ordinarily, when a person enters the toilet and closes the door, his or her privacy starts. In fact, some people describe toilets as the only place where one can have “me time”, a place to think straight and sort out deep personal and emotional problems. But who are these people who lock themselves in toilets to vent off?

Adams, 45, teaches literature at a school in Western Kenya. From drawing human reproductive organs on toilet walls, to scrawling simple quotes and vulgar stuff, Adam believes toilet graffiti is a vast canvas for educating society. In fact he sees it as a calling.

He remembers how he changed the lifestyle of a mathematics teacher who didn’t seem to be aware of his foul body odour while still a primary school pupil.

“His armpits used to stink so much that we almost suffocated whenever he bent over us while marking assignments around the class,” he recalls.

He confesses to have made sure the teacher knew how nauseating his body odour was by launching a “smear” campaign against him on toilet walls.

“Of course, there was no way I was going to tell him his armpits were stinking like a sewer,” he says, “so I shamed him by writing about his foul smell in every toilet I could find.” 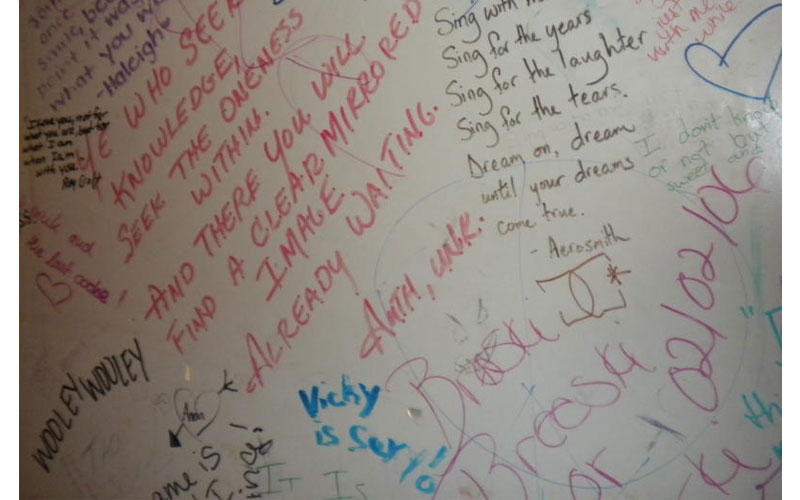 Charles Etale, a psychologist, says for an intelligent and sane person to do such stuff, he must be suffering from a suppressed mental illness.

“This motivation for writing on toilets stems from a suppressed infantile desire to play with faeces and to artistically smear it around,” he says.

He goes on to wonder loud, asking what else if not mental problems could motivate a grown man or woman to walk around with a felt pen ostensibly to secretly express him or herself in public spaces.

“Why would a grown up buy expensive graffiti spray paint to go round writing his nickname like we see all over ‘Flossin Mauano’ in Nairobi,” he rhetorically asks.

This would explain why those who forget carry writing material and unable to control the urge to write, use their excrement as ink.

Why only public toilets?

Apparently, most of these toilet philosophers, poets and humorists start the art early in life and keep nurturing the talent into adulthood. Small wonder, this sort of literature is seen in primary schools all the way to university and in public toilets in high class pubs and restaurants where kids don’t patronise.

For strange reasons, funny graffiti is confined to public toilets and not toilets at home. If that were not the case, battles between parents and children, and between spouses would have been fought artistically on toilet walls, and not through machetes or cold war.

Waswa, a toilet cleaner at a city university never tolerated graffiti in the toilets under his care. But that was until the artists turned their guns on him when he erased a series of adverts scribbled in one of the washrooms by students who offer business services in the campus.

An angry student wrote on the same wall: “When Waswa, the s**t cleaner finally retires, I will erect a monument of s**t in his honour,” read the writing done using a permanent marker pen.

The writing attracted a conversation that watered down the insult. But underneath it, another comrade wrote: “I am sure you can build that monument alone because you poop like an elephant!”

In no time, it had become like an online blog with comments getting posted furiously as an ‘analogue’ conversation ensued:

“At least you will never be jobless because you will have created a job for yourself as a curator of your stinky monument!”

Of course, none of the authors bothered to identify themselves by writing their names below their comments, same as what happens when foul-mouthed goons pen abusive comments on Facebook and Twitter.

The last person to add on the conversation proved to be the funniest of them all.

“Mafi ya kuku nyinyi nyote (you are all chicken droppings)!”

But another who read the sentence felt there was a spelling error on the word ‘mafi’ and made a correction. He underlined the misspelt letter ‘f’ and above it wrote letter ‘v’. A teacher in the making?

More interesting was the material one writer used. You didn’t need to ferry in forensic experts from USA, Germany and Britain to conclude that the ‘ink’ in question was human waste. This university student clearly has a unique manner of writing his ‘papers’

Waswa, who is something of an authority on the subject, says he has seen so much literature on campus lavatory walls that he can even recognise the handwritings of all the elite graffiti writers at the university.

Why people write on toilet walls remains a mystery. Graffiti dates back to the golden Egyptian era when colourful stick-men walking were etched on coffins to depict the afterlife. In that epoch, artists also wrote on pyramid walls too. 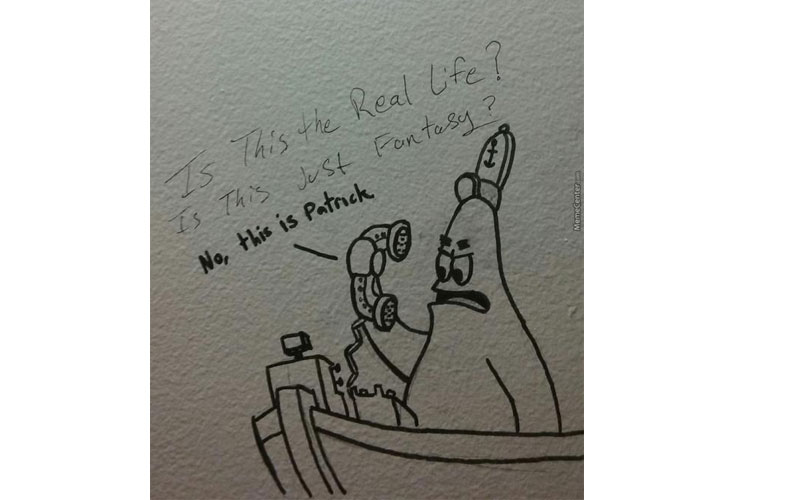 Not just Kenyans, mzungus too do it

Graffiti has been also found in Greek temples, the Roman ruins of the city of Pompeii and the tower of London, which contains graffiti depicting 16th century dates carved into the stonework.

Today, however, the toilet wall is the most popular canvas, a public bulletin for messages related to vulgarity, insults, love, romance and politics.

Interestingly, social media is slowly edging out toilet graffiti because surfing on the Internet has become a pastime for most people, even when attending to calls of nature.

According to Waswa, the number of writings on restrooms is on the decline and maybe, with time, there will be no toilet graffiti writer standing.