Watu Wote ‘’All of Us’’ nominated for Oscars 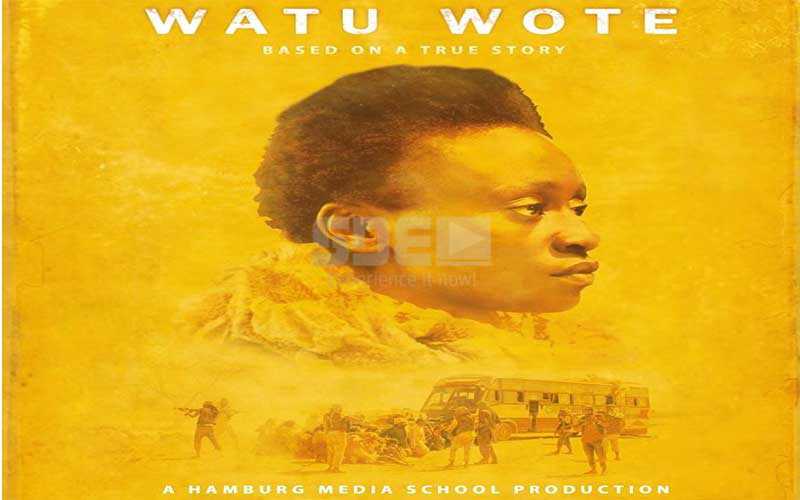 Watu Wote (All of Us) is a downward sloping chilly cinema tale. Apart from the vibrant tropical colours, the short film tells the story of terror in northern Kenya, in suspense-filled horror, gunshot scenes and fast, tense dialogue.

“I can only dimly estimate how the passengers on that bus must have felt when they faced imminent death. Conserving that in a most realistic manner was our aim throughout the whole process,” says Katja Benrath, director of the short-film and a masters graduate of Hamburg Media School.

Watu Wote tells the story of Kenya’s war against terror on the dangerous, sparsely populated border it shares with the war-trodden Somalia. In recent years the region has been struck repeatedly by terrorist attacks led by Al Shabaab militants.

The film is based around the events of December 21, 2015. Al-Shabaab militants attacked a bus headed to Mandera town from Nairobi.  In the past, during a similar attack on the Westgate Mall attack in Nairobi, it resulted in a massacre.

In the Mandera attack, the terrorist coerced the Muslim passengers to help them identify the Christian passengers. However, the passengers refused.

“The attackers threatened to shoot us, but we remained still seated and protected our brothers and sisters. Finally the Islamists gave up and disappeared,” Salah Farah, a passenger on the ill-fated bus, was quoted later in an interview.

For his bravery the deputy headmaster at a primary school in Mandera County paid the ultimate price. During the attack he was fatally wounded by the Islamic extremists.

He died less than a month later, leaving behind five children. He and his Muslim fellow bus passengers saved the lives of more than 30 Christians on the bus.

“For a long period of time it seemed as if religion-based terrorism could separate society - lately, though, there appears signs of brotherhood on the horizon. The terrified communities have come to understand that standing together as fellow human beings is more important than the individual’s faith,” says Katja of her inspiration behind directing the short film.

The film was produced in Kenya as a graduation film of the Hamburg Media School’s Masterclass Programme.

It was scripted by Julia Drache with Felix Striegel as the cinematographer, and produced by Tobias Rosen alongside talented Kenyan filmmakers Matrid Nyagah, Krysteen Savanne, Bramwel Iro, Alexander Ikawah and Brian Muene.

Kenya’s position in the Oscar nominated short film almost never came to be. The short film would have been easily produced in South Africa from a financial and logistic point of view according to producer, Tobias Rosen.

“Our main goal was the reason why we decided to shoot in Kenya nevertheless: this movie, this story should be told in the most authentic way possible and it should be told together with great and talented Kenyan filmmakers in a strong exchange by all of us,” says the producer.

He adds: “We wanted to involve Kenyan filmmakers in that project and give this movie the chance to be told as a real Kenyan story.”

The Master Programme Film at the Hamburg Media School is the smallest and most prestigious film program offered by the seven official film academies in Germany. Only 24 students are accepted bi-annually for the two-year-programme.

However it is unclear how many Kenyan filmmakers have been so far admitted to the prestigious film and media school.