Cold war in the bedroom: Hilarious tactics Kenyan couples use to settle scores

For most hurt or annoyed men, one of the common ways of hitting back at their women is refusing to eat food that that she prepared with love.

Other men normally sulk or take the game a notch higher by taking their clothes to be laundered elsewhere. It could be to a mistress or a laundry. Many women consider it an ultimate insult because it signals that one is not needed.

A hilarious tale is told of how some young woman, married to this writer’s friend, had to eat humble pie recently and call for truce, ending a nasty cold war with her man.

After a vicious verbal brawl, where all manner of hateful things were said, she retreated to her bedroom in tears and slammed the door behind her husband.

Then she remembered the words of her mother: “Always cook for your husband, however angry you are…” She rose and went to the kitchen to prepare a meal. But because of how hurt and angry she felt, she slapped the plate of food on the table and went to bed.

When her husband joined her an hour later, so toxic was the air that they didn’t speak to one another. The next morning, however, she was outraged to find the food she had prepared and served lying on the table, untouched. Save for two cockroaches and three houseflies that were feasting! 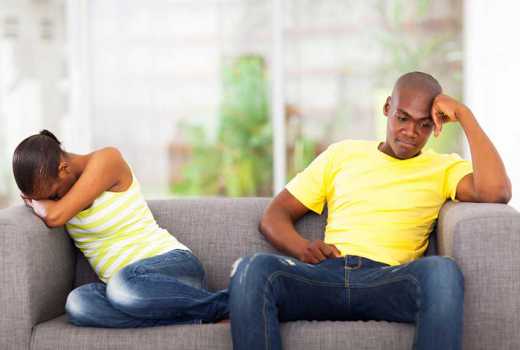 “Why didn’t you eat my food?” she cried. “I was hungry, but I had no idea whose food it was because you didn’t say a word to me. How was I to know if the food was meant for someone else?” replied her husband, sarcastically adding that the food could as well have been a libation for her ancestors!

They both burst into laughter and made up. She says that from then on, however angry she was with him, she always remembers to serve him food and say, “karibu.”

Food and other underhand tactics men use

It is no exaggeration to suggest that had she refused to give him food or had he persistently refused her food, their marriage would have ended. This is because a woman’s food is like a part of her soul, which she shares with those she loves.

Among some communities, especially from Western Kenya, a woman getting married is said to be going to ‘cook’!

Among the Luhyas, for instance, “watekha yena?” which directly translates to “where do you cook” is used to ask “where are you married”.

Same thing with Luos, who say, “Itedo kanye (where are you married)?” which is used in general conversation to ask, “where do you cook?” 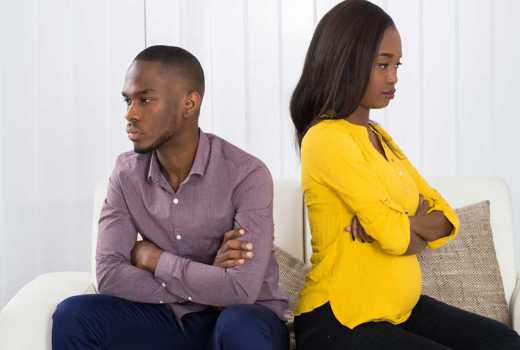 So when an African woman prepares a meal for her man, it is the absolute insult against her and her clan for him to reject her food. Her cooking — read love — is no longer needed.

In days gone by, men would, therefore, make a point of eating their wives’ food, even if they had had dinner elsewhere, just to prove that they are still in love.

The statement, “He does not eat my food,” was enough to get an entire family scared because if he wasn’t eating her food, he wasn’t talking to her. If the two weren’t talking to each other, then their sex life was dead.

Of course, without a sex life, what they had was a shell of a marriage, with divorce staring them in the face. And men of old didn’t countenance divorce.

If women, on the other hand, felt deeply wronged, they simply ran to their parents’ homes, leaving screaming toddlers behind.

It was a tactic to make their men suffer — by cooking for themselves and the children — until they not only apologised, but also come begging their wives to go back home.

Silly as it sounds, such were the smart couples because they managed to ride through inevitable conflicts into old age so that when they died, there was someone to close their eyes. But there are couples that use worse scare tactics, all in the name of getting that elusive apology or to force their spouse to behave the way they want.

While most men have not really changed their tools of battle, still choosing to come home late and not eat food made by their wives, women these days employ deadlier weapons. Mary, who has been married for three years, says whenever her husband insists on doing something she hates, she stops complaining and institutes ‘sanctions’. 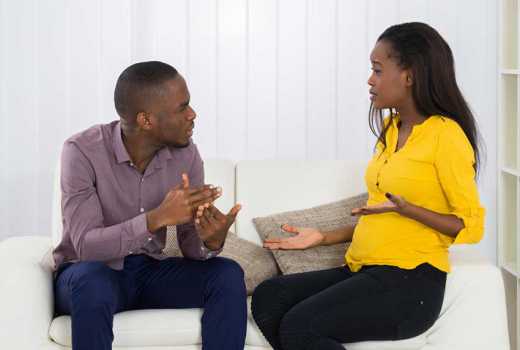 “I continue to talk to him like everything is okay but sabotage his ‘rights’. If he was used to warm baths in the morning, I stop warming his water. If he loves chapo, I pull them from the menu and instead cook things he hates. When I am very angry with him, I cook burnt food with no spices. I even stop ironing his clothes and deny him conjugal rights,” she explains.

Mary claims it is a very effective tactic that often gets her the result she wants. She learnt it about in a secret group on Facebook. Patricia, who is a banker by profession, says that when her husband comes home late or goes back on his word, she does not nag. She acts.

“I spent the better part of my first year of marriage talking and complaining, but my husband continued to annoy me and do the same things I hated. So I decided to use a different approach,” says Patricia.

When in war with her unsuspecting husband, Patricia talks to him like nothing is amiss. Or hums to what she calls “dangerous songs” with murderous messages or “the extremely emotional ones or gospel” to wallow him in guilt. Or remain “dangerously quiet”, so much so that it throws the man in panic.

“Women have many deadly weapons for cold war. I, alternatively, leave him with the kids, start wearing sexy dresses, become ‘very busy’ with chama meetings, and go out with my friends for never ending ‘girls only’ trips out of town,” she chuckles. 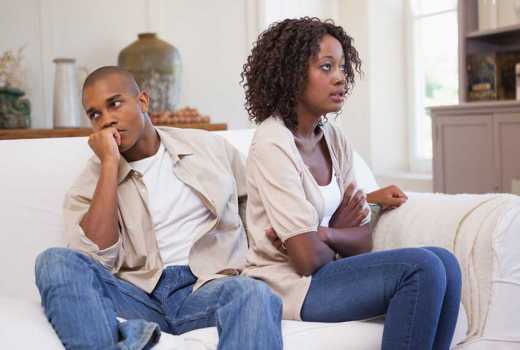 She leaves him helpless and alone to take care of domestic responsibilities. She also stops cooking and even preparing the kids for school in the morning.

“Of course, my grandma would have dramatically packed her things and gone to her parent’s home when angered, but how do I do that? I have a full time job in Nairobi!

So disappearing from home is the only way to render him helpless until he apologises and changes his behaviour. After talking and complaining about something to my husband, I never repeat myself. I just act and it works,” says the banker.

Millie, a businesswoman, says that when dealing with her husband, she just hits him where it hurts most — in the hind pocket. “I destroy his beloved gadgets or clothes, withdraw his money or use his credit card on expensive things that I don’t need,” says Millie.

It appears, therefore, that while for centuries, man has studied the ancient art of war, strategically theorising and planning obsessively before heading into battle, most men, unfortunately, are helpless when the battle lines are drawn by the women in their lives.

So they hang up the towel without even knowing why the missus is upset with them.

When spouses live separately in one house

But blessed are those couples that fight and reconcile because one of them chooses to compromise. Some couples are so big headed, each so proud, that once the battle lines are drawn, and there is no retreat and no surrender.

Amazingly, they don’t divorce but spend a lifetime locked in silent battle. It begins by the wife refusing to cook or serve food to her husband, or the man refusing to eat his wife’s food.

Then they stop talking or even acknowledging each other, with some, especially women, avoiding even mere eye contact! Naturally, the bedroom grows cold.

Then they shift to separate beds or bedrooms altogether. Before you know it, she isn’t washing his clothes or even if she bothers to, he wouldn’t be caught dead in them. A year down the line, there are virtually two homes in one. The man eats all his meals elsewhere, even when he is the one who buys the food eaten in his house.

In extreme cases, it gets to a point where the man has his own utensils, pans, stove and food, and prepares his own meals, washes and irons his clothes, cleans his room and spreads his bed while his wife does her own thing. Not a word is exchanged between them, except when grumbling. “Who used my utensils?” One would growl, sternly warning, “Hio bedroom yangu staki mtu aichezee (my bedroom is out of bounds)!

The battle could last for years, even decades, never mind that they share a roof. What is hilarious is that such couples never call it quits, preferring to battle coldly till death does them apart. This is where, in some cases nowadays, hitmen come in, with husbands on the receiving end.

But whereas they never speak to each other at home, they make a point of appearing together at family functions and funerals; acting every inch the husband and wife they ceased to be years back.