Motorists and cows jostle for road space in the city

The name Nairobi originates from the Maasai language and means fresh water. It is the place where the community would bring their livestock to drink water.

No wonder then, that Maasai herders have flocked to the city with their animals in search of water and pasture.

The herders have set up temporary camps in Embakasi, Langata, Kasarani and Karen. The result is interruption of motor vehicle traffic on city roads as the herders drive their cows through different city estates.

It is not something they are happy about, but they say it cannot be avoided.

“We moved here because of hunger. We have a lot of land at home in Kajiado but everywhere is dry and there is no grass. We have also lost several head of cattle on the road - many animals have been hit by cars,” said Steven ole Mayiendo.

Together with other herders they have set up camp near Carnivore Restaurant on Langata Road.

Mr Mayiendo added that they would not hesitate to move back to their ancestral home when grass and water became available. In the meantime, they were staying put.

“The drought is too much. We are asking the Government not to push us away because the situation is bad back at home; there are even schools that have failed to reopen because of this,” said Mayiendo.

Matayo Shepara, also from Langata, said they moved there in 1993 and their children have been going to the neighbouring schools. He said they had not experienced any problems there.

“It is only recently, when the county government started planting trees around the city, that they started disturbing us. Otherwise we have not had any issues since we moved here,” he said.

“When we see grass somewhere, we always endeavour to find out from the people around if they will allow our cattle to graze. We don't even mind buying the grass from them," Shepara said.

To maintain themselves in the city, the herdsmen are selling their livestock, but sparingly lest they run out of stock and lose their status in the community.

Among the Maasai, owning livestock is a tradition symbol of status and suggestions of selling off their animals during periods of drought have brought them into conflict with the county government. 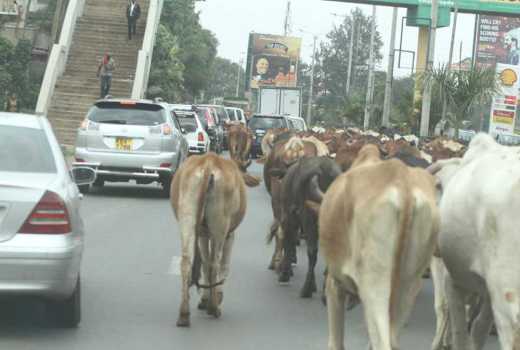 “We would rather watch the animals die of hunger and dehydration than take them to the market,” Shepara said.

The herdsmen claimed that political leaders turned their backs on them once they clinched political seats.

“We voted for them but now they have forgotten us. We voted in Governor Mike Sonko because we like him and we know he can find a way out for us. It is time,” Mayiendo said.

Residents have raised concerns about the presence of the cows to the National Environment Complaints Committee. The secretary, John Chumo, said the committee would engage the county government and other relevant bodies to ensure that all the cows were removed from the city.

According to Mr Chumo, the Livestock Act outlaws livestock keeping in cities to prevent the spread of zoonotic diseases such as the deadly Anthrax, which is transmitted from animals to humans. 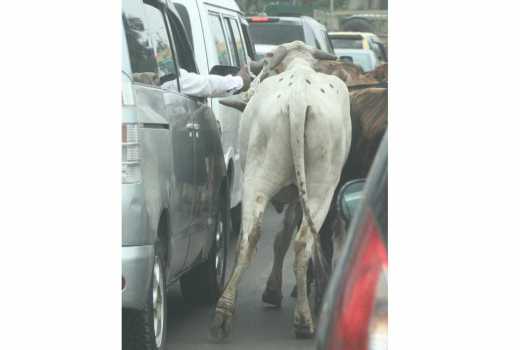 “The Urban and Planning Act, Livestock Act and the Traffic Act outlaw livestock keeping in cities,” said Chumo, adding that the Traffic Act holds the owner of a cow responsible if it causes an accident.

According to a study released by the International Livestock Research Institute, urban livestock-keeping poses a significant threat to the environment and health of dwellers.

The study showed that many of the animals kept in zero-grazing systems were fed with market waste, swill from restaurants and grass cut from road sides. This increased the risk of movement of pathogens throughout the city.