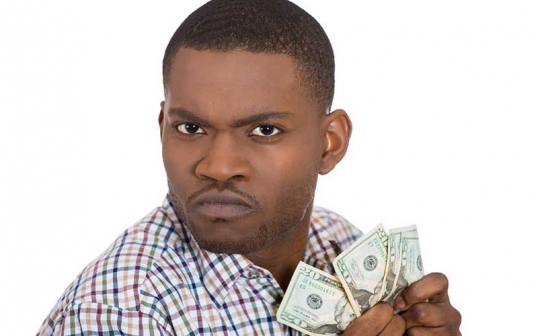 As the New Year almost begins, everyone always prays and hopes for the best. In 2017 many of us women were annoyed by some of the bad habits by Kenyan men. Thus, as the year comes to an end we are hopeful that men will leave behind some bad and downright annoying habits.

Habits that can drive a born-again woman to hire a hit man to take out her husband, or inspire a married woman divorce her husband, denounce her vows and resent all men.

Forget the usual petty crimes committed by men which range from forgetting important anniversaries to being inconsiderate. Or lacking grace and not observing simple etiquette like keenly listening when their women talk to them.

First is the lazy dater. Men who mistakenly believe that chivalry and courting are old fashioned, and unnecessary tactics of impressing the woman they desire. The passiveness and casualness with which some men approach dating in this country is annoying.

The lazy dater is the man who thinks taking a lady to noisy bar is a romantic date. Or that flowers and gifts are only for one day in a year- Valentine’s Day. Or that picking your date from her door step and dropping her back is too much work.

And the most irritating bunch is this that comprise men who think just because they bought a woman a meal or a bottle of beer, they have a right to ask, sorry, demand sex in return! Let strings-attached gifts and gestures be a thing of the past.

Women hope that Mr cheapskate will be a thing of the past. This, for lack of tasteful word, creature is a pain in the butt. There are many things men do that drive a woman up the wall, but nothing compares to dealing with a cheapskate.

A stingy man who would rather die than part with a penny. Men who are so frugal they always want to go Dutch with their dates. Seriously, which proper man takes a woman to a date and asks her to pay half the bill?

A relationship must cost you something, for men it is money and time, and if that is too much effort for you as a man, then you should probably keep off dating and live alone on some wretched island. There is no such thing as a free date or dating on a budget, you are either all in or keep off!

And keep off our wardrobes and salons. When we asked men to take more care of their appearance we were not asking them to parade themselves in clothes that look like they belong in our wardrobes or to hangout in our salons and indulge in women beauty treatments.

So please, men go back to the basics and stop traumatising us with your perfectly-manicured nails and soft plus supple hands that cannot fix anything even a bulb!

We are done with inconsiderate bedroom partners in 2017.

Ignorant men who do not know anything about pleasing a woman, who believe they are god’s gift to women yet they have never given a woman an orgasm! They jump all over the place, clumsily tough here and there and roll over, claiming they are done.

Guys, please be considerate lovers in 2018, do not make assumptions, or believe that pornography with all its misguided misogynistic theories is the truth. Instead, try listen to your woman for a change.

Also acquire some bedroom etiquette, try and smell good and please bath before demanding conjugal rights. Finally, enough with the daily partying and the constant bar scene, for crying out loud, you are not 20 anymore.

You are now a man you can no longer play with the small boys, instead be a little cultured and learn to enjoy the company of your woman at home and indulge her in some deep and intelligent conversations!