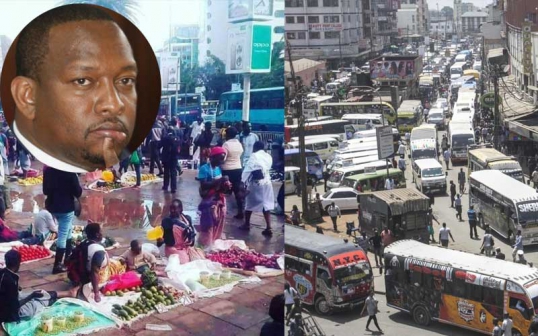 From exorbitant parking fees to garbage mountains, matatu menace and street hawkers. This is all flamboyant Nairobi Governor Mike Sonko has to show for his 100 days in office.

Sonko had pledged to cut the Sh300 daily parking fee by half within this period. Even after taking office, the governor reiterated the pledge and announced he would push for a more modest parking fee.

“I am now the governor with a majority of Members of County Assembly, I will see the law is amended to reduce the fees by 30 per cent,” he said the few times he had addressed the parking fees matter.

But now his administration seems stuck in finding solutions to the issues he made sound simple to tackle, and which have dogged the city’s administrations over the years.

The MCAs are yet to discuss the motion to slash parking fees.

A post-poll survey had shown his supporters related more to his man-on-the-street personality who understood the average person’s problems.

He has been lauded for compassion for the underprivileged through personal interventions in difficulties, but could this attribute be his undoing?

Hawkers, for instance, have occupied more streets in the Central Business District (CBD) than in any previous times in the recent history of the city because the governor is hoping to negotiate with them to leave rather than push them out.

“I will meet with the hawkers from November 13 in a bid to oversee a smooth relocation of the traders to Ngara area,” said Sonko before the self-imposed deadline lapsed earlier in the week.

He blamed the invasion of the city centre by hawkers on corrupt inspectorate officers who he accused of soliciting bribes to grant traders illegal access to the streets.

After interdicting the supposed offenders, he announced his administration’s plans for a “progressive and humane relocation of hawkers” in his characteristic benevolent manner. The planned relocation would be to designated streets and lanes where the traders could freely do their businesses without obstructing other people.

The former senator, who was a fierce fighter of freedom is now the manager of Kenya’s capital, a role that is more administrative than agitating.

“My office has a comprehensive plan to ensure hawkers’ interests are taken care of,” he said, adding that Mwariro Market in Kariokor would be transformed into a hawkers’ market while another would be established in the yet-to-be acquired KPCU building.

Former Town Clerk Philip Kisia, a supporter of the governor, faults Sonko for falling back on what he terms as the “softer issues” which do not require legal amendments to execute.

“100 days is not long but surely there are issues such as solid waste management and hawkers on which he could have made some changes,” said Mr Kisia, adding that often, the biggest hurdle is a requirement for public participation in policy making.

Hawkers are a major eyesore and inconvenience in the CBD. Relocating them from the city centre however would require their own involvement as required in law “which takes a long time,” says Kisia.

But it is traffic management that remains the biggest headache for Nairobi since the times Kisia was town clerk, the city manager before devolution, costing city residents billions of shillings every year in wasted time and foregone income.

Kisia developed a transport master plan that envisages high-capacity buses only in the city, while the ordinary buses would terminate and drop commuters outside the city- but the document is yet to be implemented more than six years later.

Before Sonko was sworn into office, workers associated with his service delivery outfit were already engaging in massive clean-ups. The Sonko Rescue Team, registered as a Non-Governmental Organisation, has significantly faded from the streets now.

He had promised to absorb the thousands of youths engaged under the entity into the county workforce, which has already been said to be overstaffed. A half-hearted attempt to control flow of public service vehicles into the CBD was hastily shelved at the last minute before the September 20 effective date.

Sonko postponed the enactment date to an unspecified future time but allowed for a self-regulation framework where the matatu operators would ensure their fleet did not obstruct traffic flow.

It is clear in the days that followed that self-regulation for the matatu industry has failed miserably.

Delays in disbursements from the National Treasury has hugely contributed to non-payment of salaries, a highlight of the first 100 days of Sonko’s governance of the city.

September salaries were paid at the end of October, county employees told the Sunday Standard.