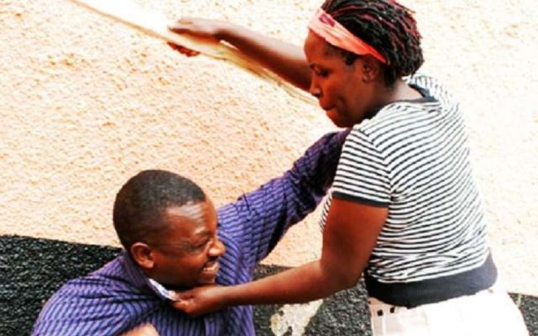 A woman called Classic FM recently, explaining how she always gives her whole salary to her husband for him to draw and balance the family budget.

The story generated a lot of heat and spilt into one of the many Facebook forums where city wives meet to gossip and discuss men.

So furious were the women that they wondered under which rock the ‘silly’ woman lives.

From the conversations, it was evident that much as they continue to demand for affirmative action, city women are staging silent coups on their men.

And some have so far dethroned them from the position of power and authority in homes and are either in charge or at least share power equally. Nusu mkate manenos!

Small wonder then that, unlike their village counterparts, typical young city wives are so liberated that some go out with friends in what they call ladies night, without husbands raising objection.

Others stay out till late, but husbands can’t make any noise. Needless to mention, some have no qualms exposing heavily tattooed cleavages to fathers-in-law, donning ‘rebellious’ hairstyles like dreadlocks and scanty dress codes like minis before elders or even liberally drinking alcohol and smoking weed.

In some city homes, men are forced to stay around over the weekend babysitting, as their dot.com wives go for day-long chama meetings out of town.

The revolution is not televised, thus some Nairobi men are silently eating humble pie as their women reduce them to sissies.

A tale is, for instance, told of a long-suffering husband in Nairobi’s Mwiki Estate whose tough wife often beats him up in the cover of darkness as she screams, “Ngai…Don’t kill me!”

His brothers, whom they live with in the same compound, never come to his aid because they assumed he is the one meting out manly ‘discipline’.

Meanwhile, she retains the picture of victim to the sympathetic outside world while remaining in firm control of the goings-on in her home.

The man can’t come out in the open and express his tribulations. No one can believe him, anyway.

Such is the agony that plagues many Nairobi men. As women push for empowerment and the application of the two-thirds gender rule in all the public spheres of life, the reality is that many married men have long lost the battle on the home front.

A certain Paul, who has been married for a year, is one such tormented man. He is perturbed by his wife’s abrupt change in behaviour.

When the two moved in together before they walked down the aisle, she would insist on doing every house chore. She never wanted his help.

So one would understand his shock when he went to the fridge recently to get his preferred cold drink only to find a duty roster pinned on the door.

At first, he thought it was a joke and dismissed it off-hand. He looked at it closely, went to fetch his spectacles and removed the printed duty roster from the fridge for a closer look. He couldn’t believe his eyes.

What bothered Paul was he was never consulted. Besides, they were only the two of them in the house since they had no children.

He decided to call his wife’s bluff. This, after all, was in December, the festive season and people were in fun-poking mood, he thought. The poor chap was wrong.

“How do you expect me to come home tired from work, cook for you, wash the dirty utensils, mop the house, then go to bed tired and wake up to prepare breakfast and arrange your clothes, yet you only come home to re-read your newspapers?” scoffed his not-so-amused wife when he waved the offensive document in her face.

Paul was so mad that he walked out to drown his fury in a few bottles of beer. It is while at the bar that the coup back home played itself out in his mind in excruciating detail, bit by bit as he sipped his favourite lager.

He had long lost control and was living at the mercy of his wife. Then it hit him that of late, his conjugal rights were rationed, on her terms.

If she wasn’t too tired, she had a severe headache. If she didn’t have a headache, she was on her periods, even when he was sure she wasn’t.

But that had never been the case before they got married. Then she never complained. In fact, whenever he offered to help with the chores, she would lovingly hug and ask him to rest.

“I know you are tired, darling. Just rest and watch news. I can handle this!” she would say, adding that as the ‘woman of the house’ it was her duty to oversee such ‘small’ chores. And now, of all things, a duty roster?

But after we had a quiet word with many other men and women, it turns out that Paul is in great company.

Yet for all their beef about coming from work tired, many men are saddled with wives who never spend a penny of their salary, not even on their medication. Such are the wives who send children to collect money from their fathers for the smallest of things.

“Ask your father to give you Sh20,” is a common statement in many households. Just where do these women take their money?

The doublespeak and politics of money

When you ask around, women, particularly in Nairobi, say times have changed and they no longer live in the Stone Age where they were looked upon as cheap labour for men.

They are first of all wives, not house helps, and that they deserve to be treated as such.

In the kind of doublespeak that would dumbfound a politician, the modern Kenyan woman, even as she swirls empowerment, equality, equal opportunity and all other high-sounding vowels on her tongue like fine wine, will remain firm about one thing: it is the unconditional duty of the man to provide food, clothing and shelter.

Apparently, the wedding vow of ‘two shall become one’ only applies to his wallet and never her designer handbag.

No matter the situation, wives will leave all the bills to the man, even in these harsh economic times, as Joash Oyoo attests.

“When I lost my job, I had to borrow loans from close friends to settle the house rent and pay all the house bills even though my wife still had her job. She would come back empty handed from work and demand for food,” says Oyoo.

The ‘man is the head of the family’ phrase is often used by the same independent modern women only when it comes to financial obligations like school fees, her salon bills, the mortgage, buying her car, fueling it and servicing it.

“His money is my money, but my money can never be ours. Why then would I need a man when I’m going to continue supporting myself?” wonders Fridah, a city-based non-remorseful executive secretary.

To her, her husband’s money is basically her money and she has the right over it. She needs to know how he spends every penny but there is no way her husband is going to control her purse.

“No self-respecting man does that,” she adds, unwittingly oblivious of the irony of her statement

The paradox, however, is that while the man is expected to ‘man up’ to his traditional role as head of the house, today’s woman will deem it demeaning to expect her to do those menial tasks that her grandmother gladly undertook. Like to know where his shirt, washed by the house help whom he pays but can’t instruct, is.

But across the border, the equally modern Ugandan woman is apparently taught by her aunts how to make her man happy and loving throughout the marriage, much the same way her mothers and grandmothers were taught.

Instead of combat, ultimatums and duty rosters, these women are famously submissive and will do anything to keep the love flowing, which effectively charms the man into opening his wallet.

That must be Stone Age news from this ‘developed’ side of the border where the woman of the house will come home decidedly tired, put up her feet, grab the TV remote and flip to her favourite soap opera.

In many such households, a man cannot lend his best friend Sh1,000 without consulting his wife. So picture the skirmish that would ensure if he sold ‘his’ car and bought another without seeking her views.

Other Nairobi men are so emasculated that every movement they make is tracked via mobile phone and they practically shiver if 9pm finds them away from home.

No one opens the door for them, and in worst-case scenarios, they sleep in the cold when they come late. Yes, the golden era when a man bestrode his homestead like a colossus is dead and buried.

Instead, spineless fellows who fearfully refer to their wives as ‘madam’ have replaced the tough men of old. And the worst, as they say, is yet to come.