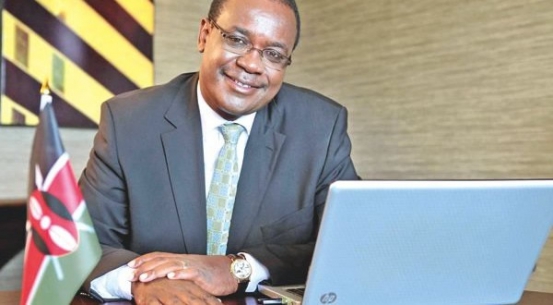 Governor Evans Kidero is excited over the return of 2013 presidential candidate Peter Kenneth to the governorship race as an independent candidate.

Kidero said the re-entry of Mr Kenneth as an independent candidate would work to the Opposition's advantage. The governor said Kenneth would dilute Jubilee's votes, giving NASA a much-needed edge. Kidero was speaking during a meeting with more than 400 members of the Muslim business community.

He also vowed to make sure NASA clinches a majority of the seats in the forthcoming polls, saying Nairobi votes would play a crucial part in ensuring NASA's flag bearer Raila Odinga wins the presidency.

"I am personally going to ensure Nairobi delivers a majority of the votes to Raila and at the same time see to it that NASA wins in Nairobi," he said.