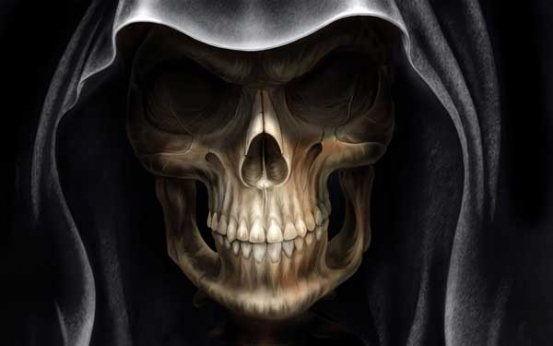 While we may not be able to give Satan a call to know how old he’s turning, what we do know is that Halloween goes way beyond the horror stories and witch costumes that are now reigniting rumours of the ‘illuminati’ cult. ‘Trick or treat’ is by now a universal code for Halloween, thanks to the plethora of Hollywood movies on the topic and the superstitions that spin around it.

Never mind the fact that it is not yet as big a festivity on this side of the globe as it is in the West, the tradition is spreading its tentacles far and wide and has recently cast a net on those repping the 254.

Costume parties, telling of scary stories and watching horror films are probably on your to-do list this Halloween season but before that take a minute or two and ponder on what you know and don’t know about Halloween and if you can’t make up your mind, no pressure, I got you!

Halloween is a time of celebration and superstition. It is thought to have originated with the ancient Celtic festival of Samhain, when people would light bonfires and wear costumes to ward off roaming ghosts. It became popular after Pope Gregory III designated November 1st as a time to honour all saints and martyrs back in the eighteenth century.

Named as All Saints’ Day, it integrated some of the traditions of Samhain. The evening before was known as All Hallows’ Eve, and later Halloween.

As seasons came and went, Halloween evolved into an event characterised by costumes and games such as ‘trick or treat’, spreading across the world and was mostly practised by Ireland before spreading to the United States.

Having been the day before the All Saints day, Halloween was a day to wade off spirits of the dead not to come back to life but over time, people started claiming they heard strange noises, lights flickered on their own, strong winds displaced objects, bells rung spontaneously or musical instruments seemingly played on their own.

Centuries after inception, the first poltergeist–a ghost that causes physical disturbances such as loud noises or objects falling or being thrown around–was reported at a farmhouse in Germany.

The poltergeist tormented the family living there by throwing stones and starting fires, among other things.

Some claimed that they even saw the ghost of Abraham Lincoln wandering near the old Springfield capitol building in Illinois. The hook-man and bloody Mary stories have been some of the scariest stories told.

Halloween costumes have traditionally been made after supernatural figures such as vampires, monsters, ghosts, skeletons, witches, and devils.

Probably scared out of their wits by the scariest of Halloween stories, many view the day as a day of horror where all things evil reincarnate for twenty four hours.

Many like dressing up like witches because long before science they were blamed for storms accidents, disease and other bad things that happened.

A section believes Halloween is the devil’s birthday and the society for long stigmatised those who observe the festivity. While we may not really be able to give Satan a phone call to tell us how old he is, we do know many view Halloween as the ‘Christmas’ of devil worshippers.

Some think whistling on Halloween night calls on the devil and bad things follow. People that have coincidentally disappeared on October 31st have been thought to be sacrificial lambs to the one in eternal fire.