Parenting crisis: How teenagers from hell are driving society nuts 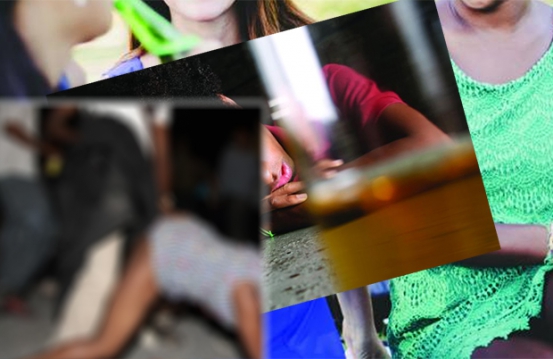 When a group of teenagers hire a bus and a take ride on the highway to hell, something is terribly amiss.

On August 5, more than 45 students, both boys and girls, from different secondary schools were found intoxicated inside a Nairobi-bound ‘souped up’ matatu christened Millionaire: Why go to high school while you can go to school high. And true to the matatu’s catchphrase some pupils took the cue and got high prompting the public to alert police officers who arrested them. They spent the night in custody. One girl was charged with possession of marijuana and was sentenced to a 18-month suspended sentence.

As the cases of teenage rebellion keep rising the issue of poor parenting comes to the fore.

Judy Wacui, a working city mum and mother of three boys, says that happens when kids grow up without knowing “who’s-boss”.

In a generation of children who refuse to take no for an answer, parents seem to have lost the ability to hold their ground and firmly explain who is in charge.

“It’s all about tone,” another parent told me. “When I’m speaking to my kids I become a totally different and ‘serious’ person. They know not to mess with me.”

These two are some of the better examples of what passes for parenting these days. So many others are absentee mums and dads whose children are reared by the house help. As long as mum and dad are providing food, clothing, shelter and luxury ... what else could a child possibly need?

“In our days, we didn’t have much free time. As soon as we closed school, mum had things lined up for us to do. Yes, we sneaked out of the house and went clubbing, just like kids nowadays, but we had much less time to work with,” mother-of-one, Rahab Ngatia says.

Meanwhile, the Internet has turned the globe into a village, exposing children to a steady stream of cultural norms and values that stink. Youths, however, think society is being too harsh and judgmental.

“I think those teens were just being teenagers that got busted. You don’t see people getting shocked about how Westlands is full of minors every weekend, drinking and smoking anything they can get their hands on, do you? And yet it happens every weekend,” complains Teena, a 19-year-old college student in Nairobi.

Is social deviancy ‘right’ just because everyone is doing it? Are we living in a moral democracy, where the majority have gone off the rails?

Selina, a 21-year-old psychology major at USIU, says: “I find it hard to believe that 45 students were having sex in one matatu at the same time. I think it was more like a few kids at the back, you know? Back benchers. The rowdy ones, the ones who are always doing the bad things. It’s unfortunate that all of them were busted, even the good kids who were probably sitting at the front reading a book!”

Allan Kimani, a Nairobi-based psychologist, says that teenagers will very often submit to the group mentality.

“In that particular situation, mob psychology pushed the whole thing over the edge and the socially naïve students — the good kids — were literally carried along for the ride,” Kimani says, adding that minors do not have enough life experience to link cause and effect.

He calls it a ‘powder keg’: “These teenagers are full of energy, they are almost at the peak of their thinking capacity plus they have a sense of invincibility. Put all those things together and something is bound to explode.

“So it is not necessarily a failure in parenting. It might be a lapse in supervision at the school level but it’s more to do with the nature of youth and the times we live in,” he says.

But other than our children themselves, whom can we blame? It is family, stupid, experts say.

In a study titled, The Relationship between Family Functions and Juvenile Delinquency: A Case of Nakuru Municipality, Kenya, JM Muola and others argue that Juvenile delinquency is significantly related to marital stability, family size, marital adjustment and mode of discipline.

No wonder Isaiah Isutsa, deputy principal at Ndururuno Secondary School in Eastleigh, slams parents for abdicating responsibility to care-givers and teachers without supporting them to keep their ‘enlightened’ teenage children in-check.

“The descent began when we embraced modernity, globalisation and urbanisation, which led to the breakdown of our traditional African community. Parenting was a community affair so we all looked out for the well-being of the child,” Isutsa explains.

The teacher laments that instead of society acting as a guardian, it is taking advantage of impressionable teenagers.

Society exploits their vulnerability — by providing drugs, safe havens to participate in debauchery and facilities for teenagers to indulge their waywardness instead of guiding and reprimanding appropriately, he says.

Faith Bubba, principal of Mikisa Christian Academy in Karen, says teachers can only do so much.

“Parents have left everything to their children’s teachers from right behaviour to correct attitudes, emotional growth, character, moral values and all the other aspects of character development. The teacher’s role is to supplement what is being done by the parents, not to handle it all without input from parents,” she says.

So parents are absent, teachers are overworked, and the children are lost. Did somebody say ‘powder keg’?