Uhuru’s statesmanship was a pleasant surprise 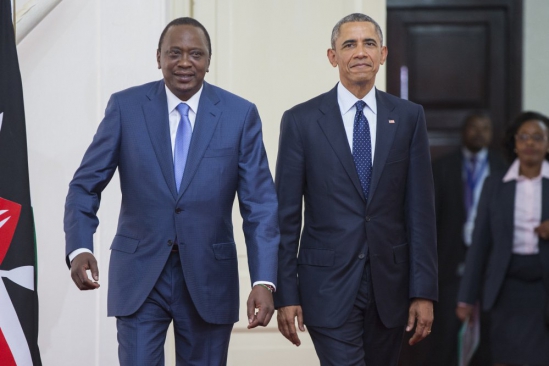 I remember casting my ballot at the Kenya High Commission in Dar es Salaam in March, 2013. We were up bright and early to beat the queue. At around 10am that morning, I voted for the next president of Kenya. We all know what happened next: ultimately, Uhuru Kenyatta was sworn in and we entered the fourth age in the history of independent Kenya.

It is in this digital age that the first sitting Kenyan-American president – Barack Hussein Obama – visited Kenya in his official capacity. He was received with boundless love by the people of Kenya. From the masses, there was an outpouring of affection, real and raw. From our President, there was a nuanced and finessed hospitality that did this country proud.

President Kenyatta was the consummate host. He was friendly when he needed to be. Gracious when the occasion called for it. Firm in defending the honour of the nation. Humble and courteous at all times. Eloquent. Articulate. Charismatic. And above all, supremely well-prepared.

Uhuru was prepared to meet the force of nature that is Barack Obama. With the utmost decorum, he met President Obama stride- for-stride. He welcomed the so-called ‘leader of the free world’ into his little corner of the woods with just the right amount of deference, but never once appearing as if he had ceded territory. It was surreal. Our President was cutting the image of a statesman.

He was carrying himself with the kind of stately swag that hitherto was the sole preserve of his presidential guest.

In fact, Uhuru was so well prepared, he had even taken his American accent off the shelf (presumably from his days at Amherst) and given it a quick dusting. Every so often, our President’s tongue would slip from the English pedestal where it usually enunciates like the Queen herself, and he would start to sound like a freshly-minted Yank.

Either the man had brushed up on his Americanisms, or he was an unwitting victim of the Obama effect. But hey, don’t feel too bad about it Mr President, it happens to the best of us. As Kenyans, we are known for two things: running fast and picking up foreign accents with the same speed and alacrity.

As you have proven so persuasively, we don’t even have to be in a foreign country to pick up the accent. It’s good to know that even the most polished man in the land is not immune. What that says about the self-esteem of Africans as a people, I really do not know.

At the end of the day, whichever way you look at it, Mr Kenyatta did us proud. His representation of the Kenyan people was flawless, and for three straight days, he woke up like that. Now obviously, he had a down-to-earth and good-natured guest – despite the huge inconvenience Obama’s presence visited upon city dwellers – but even with that in mind, the Head of State put on an exemplary performance.

Thinking back to that March morning in 2013 when I lined up to vote for the next president of this great republic, I was casting my ballot for change. As it turned out, change did come to Kenya. Love them or hate them, our two presidents have forever changed the course of history. President Obama inspires us and President Kenyatta? He continues to surprise us.