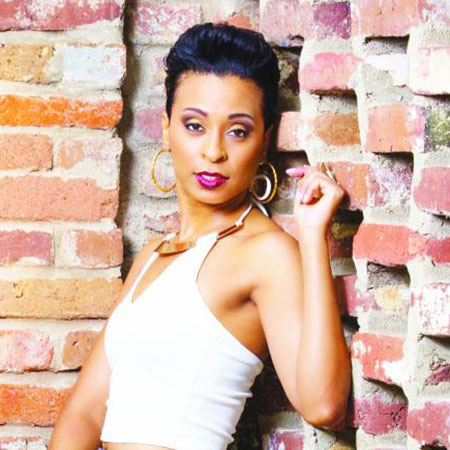 Heads Up can authoritatively confirm that Jamaican singer, Alaine Laughton, (Pictured) was in town a few days ago.

According to our sources, Alaine was headed for a performance in Juba when she dropped by.

She was accompanied by Kenyan top dancehall Dj Kriss Darlin.

The two took a photo with a Kenya Airways plane in the background.

She also posted a photo with a Sudanese gentleman donned in a Scottish attire and captioned: “Spent the day on an island in the middle of the River Nile with a Scottish African.”

Alaine then made a stop in Nairobi before flying out to Jamaica on December 4.  She later posted more photos of her eating sugarcane and mahindi choma (roasted maize).