A month ago, social media was awash with reports of an alleged catfight between radio girls Miss Mandi and Anita Nderu, both from Capital FM.

Although both have remained mum since, the alleged brawl, said to have happened during a staff party, seems to have been fuelled by the cold war that has always existed between female radio presenters.

Capital FM has over the years been known to be the home of the ‘cool urban’ radio girls. Miss Mandi, Anita and Amina, another celebrated radio host, left rival stations to join otheo hotshots, increasing competition at the station.

The queen of radio title was long held Caroline Mutoko until she recently retired and these radio newbies are now upping their game in the race for the title.

On studies: I have not gone to any media school. Talent is all that has worked for me although I am planning to do a mass communication course sometime soon.

First time on radio: I met Maji Maji and he spotted that I was very talkative and interactive. He told me that I could be a great radio presenter. I went to try out and was accepted at Ghetto Radio. The first two weeks were tough but I soon got used to it.

Before going on air: I meet up with ordinary youths and get to understand their issues.

On crazy callers: I have a segment called Wapendanao where people can call in and give a shout out to their lovers. One time a man told me to call his girlfriend to find out if she really loves him. I pretended to be the man’s girlfriend. The girl bashed me live on air until I told her it was a lie.

Radio personality you look up to: Classic FM’s Maina Kageni. I would like to be like him because of the way he gets people to listen to him faithfully.

On the next queen of radio: Reggae show host Njambi Koikai meets the standard. She is a talented girl who knows best how to interact with her audience.

First radio experience: I was a guest on a radio show in campus and the co-host didn’t come so I ended up doing the show.

How did you get into radio: I heard media houses were looking for presenters so I applied.

Most embarrassing thing you ever said on air: I cursed once by mistake but had to carry on.

If you weren’t a radio presenter: I would be a farmer.

On studies: I studied journalism and psychology at USIU.

Relationship status: I am happy. If the time is right everyone will know.

How did you get into radio: I was called for an audition at Capital for their online TV but the managing director asked that I also do radio.

If you weren’t a radio presenter: I would be working at E! or have my own talk show.

On Studies: International business administration with a minor in journalism at USIU.

Relationship status: Yes, I am in a relationship. It’s been on for a while.

On switching stations: Before the show started in February this year, I used to host Staarabika, a mid-morning show still at Radio Maisha. When Connekt started, it gave me the chance to be truly who I am.

On studies: I studied journalism and media studies at Patana Institute in Mombasa. I am currently pursuing a Bachelor in communications and electronic media at Daystar University.

Before you go on air: I was told by my lecturers that a presenter must never go on air on an empty stomach. I prep alone, with my co-host Clement and then with my DJ.

On crazy callers: There are callers who feel they know me and own me. Then there are those who call in everyday commenting in the topic of the day.

Radio presenter you look up to: Cess Mutungi and her show The Jam on Capital FM.

Background: I grew up in many countries. I am Kenyan but I was born in Ivory Coast then my family moved to Libya and other countries. I worked in about six or seven countries before I came back to Kenya.

On studies: I did radio, television and film at North Western in Chicago.

How did you get into radio: I heard Homeboyz were looking for presenters so I took my papers, I pitched and it worked.

The show is unique because it’s a new school hip-hop show.

Most embarrassing moment on air: People always make fun of my slang.

If you weren’t a radio presenter: I would have been in the media somehow... like behind the scenes in radio.

Accent: I guess it comes from my background.

Relationship status: In a relationship with my three-month old son. He’s my obsession.

On studies: I am a communications student at Daystar University.

First time on radio: I joined Homeboyz Radio in 2008 took a long break and then went to Nation FM last year.

Before you go on air: I read a lot, watch people and talk to them. I have a cup of tea with Anto Neosoul. He is a crazy and fun co-host and it is very hard to know what he is going to say next.

Most embarrassing moment on air: Someone asked me live on air if he could marry me and he was serious.

Challenging bit of radio: You have to hide whatever it is you are going through; it does not matter if I am going through a rough patch. That is none of my audiences’ business.

On name confusion with Ciku Muiruri: She is my close friend. And people confuse me with her. One time my inbox was filled with rants about what they think I said.

Radio personality you look up to: Ciku because she is fearless and Caroline taught me that a radio presenter must know herself before she can connect with her audience.

If you weren’t a radio presenter: I would be a doctor. I was in medical school and at the time it was something I was expected to do then I decided to follow my passion.

Show: The Hot Breakfast and The Hot Spot.

How did you get into radio: I initially started on TV as the host of Afrodizia on Citizen and I would get compliments on my voice and so I tried out for radio and got into Homeboyz before I got into Hot 96.

First radio show: AfroCentral and Caffe Mocha while I was at HBR.

Most embarrassing moment on air: Being over-complimented, which can get out of hand or when I get flirty comments.

Challenging bit of radio: Compartmentalising your life; separating your life from radio and people’s perceptions of you can be challenging.

Accent: I don’t think I have a heavy accent but maybe it’s because I’m not Kenyan. Then I also didn’t grow up in one place.

If you weren’t a radio presenter: I would be doing music in some way. I would still be surrounded by music.

On studies: I did community development and started social science but I didn’t clear my course.

Relationship status: I am loved and happy at the moment. Work takes most of my time but there’s a special someone.

How did you get into radio: It began with an advert I saw in the newspaper that a new station at the time was looking for presenters so I went and auditioned. I wasn’t picked at first, I had to wait, then HBR called me.

On studies: I did communication at UoN (University of Nairobi).

The show is unique because: Of the concept. The classroom concept, with me being the teacher with bell breaks, wasn’t easy at first. The thing is if you have an idea, believe in it.

Most embarrassing moment on air: When Flo Ryder was new on the scene I had never heard of him and he was on the playlist so I said Florida. I learned that if you don’t know, just ask.

Challenging bit of radio: Putting emotions aside even when you’re having a bad day or you’ve gotten bad or unexpected news you have to carry on. The show must go on.

If you weren’t a radio presenter: I would be a lecturer. I love the classroom.

Future aspirations: I plan to go and teach at some point once I’m presented with the opportunity.

Relationship status: In a committed relationship with a son who is one year and five months.

On studies: I pursued a major in international relations at USIU, which allowed me to do radio production.

First radio experience: I was so damn nervous.

Before you go on air: I have no consistent rituals but the first thing I do when on air is to play my favourite music the Tam Tam remix.

Challenging bit of radio: Staying relevant and understanding the crowd.

The radio personality you look up to: I like King Kafu. He has a big story behind him.

Relationship status: I am dating and he loves a private life. 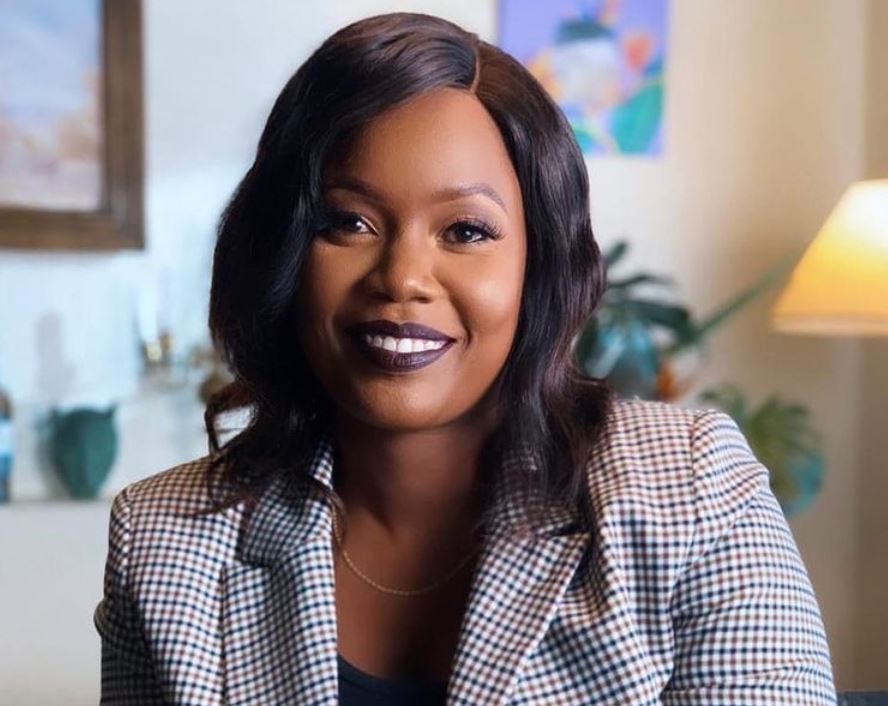 Sanaipei Tande opens up on moving back home after job loss, rebuilding her career 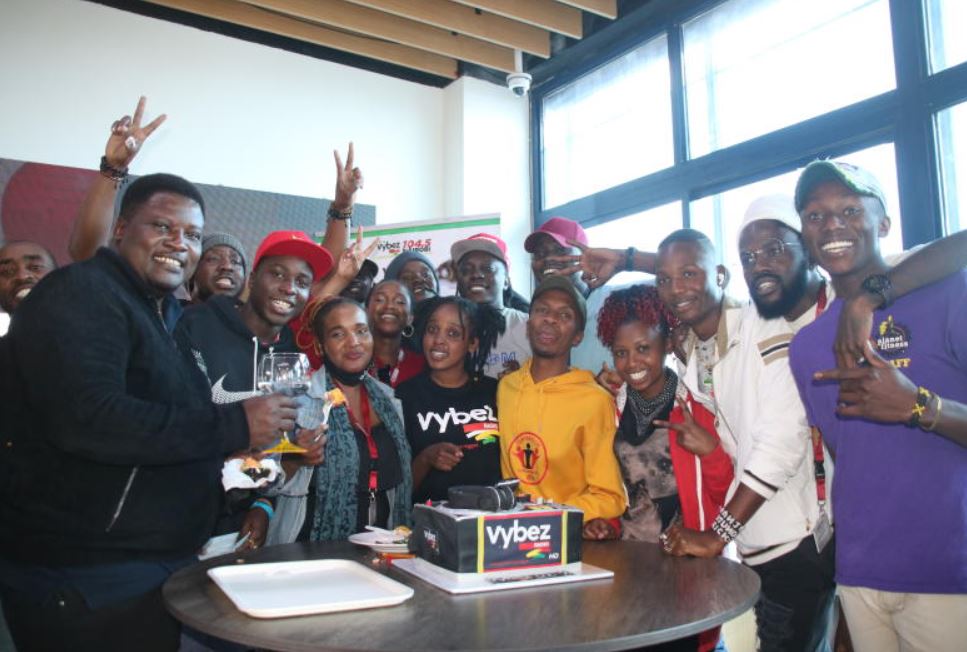