Woman breeds thousands of rodents and releases them to the streets 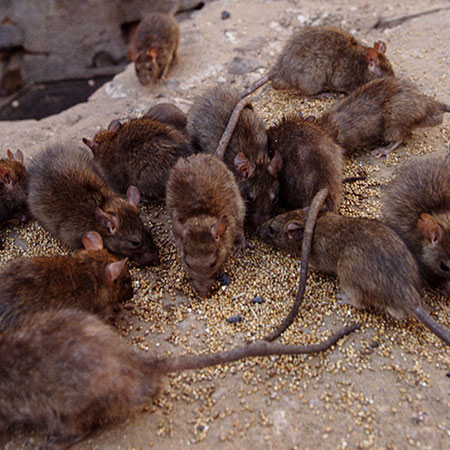 The 43-year-old is being blamed for a hike in the number of pests now plaguing the streets of San Francisco.

A rat-mad woman has single-handedly launched a city-wide infestation after breeding thousands of rodents and letting them go.

Erika J aka Rat Girl has spent years taking in rats and "compulsively breeding them", according to public health officials in San Francisco, California.

On one occasion they exterminated 1,000 of the furry pests in a hotel when she was staying.

Californian television channel KTVU said the 43-year-old's rodent obsession had become so bad officials now confiscate her rats "whenever they can" - but say she always seems to find more.

Animal care and control captain Denise Bongiovanni told KTVU: "The rats have actually burrowed into other people's rooms. They can carry disease, they can carry parasites.

"I was immediately concerned for the well-being of Erica. I believe there is a serious underlying mental health issue that needs to be addressed and it seems to be unresolved.

"I can only imagine this problem is going to continue wherever she lives until she gets the help that she needs."

One breeding pair of rats can produce thousands of descendants in a year.

Animal control officers said prosecuting the woman was "unlikely to solve the problem".