Secrets men keep from their women 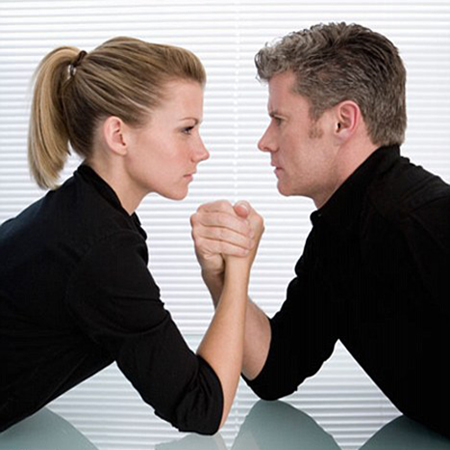 The bad news: men lie and keep secrets from the women they love.

The good news: They're not doing it to hurt you, in fact more often than not, they're doing it because they're either insecure or trying to protect you.

1) Men are more likely to feel insecure about their finances and careers.

In 2013, most women work, and most families are dual-income. But men are still more likely than women to express anxieties over their careers and finances. "Men are raised, in large part, to be providers," says Your Tango Expert Abby Rodman, author of Should You Marry Him? "When they feel they're not providing, or their provisions aren't up to snuff, insecurities seep in." These insecurities aren't just about their own self-worth, but also their worth as boyfriends, husbands, or fathers. Men are also more likely to define themselves solely by their work, which can be especially painful in a troubled economy.

2) Women aren't the only ones insecure about their bodies.

Our culture's obsession with perfect looks — often at the cost of starvation, plastic surgery, and grueling workouts — doesn't just hurt women. A number of men expressed insecurities about the way they look, from their weight to their hairlines and even the size and shape of their manliest parts. Consider this a reason to tell your man how attractive he is. He just might need a reminder.

We tend to associate secret-keeping with self-protection — hiding the truth from partners to avoid getting in trouble for bad behavior. But some men keep secrets to spare their partner's feelings. One man we spoke to, Alain, knows his girlfriend will feel insecure about her appearance, if she finds out he previously dated a model. Alain's heart sounds like it's in the right place, but his girlfriend will probably find out somehow and then what? "Because he can't change his dating history, his task in this relationship is to make his current partner feel as secure as possible," says Rodman. "When your past relationships affect your current one, you have two choices: You can either work through your partner's insecurities with honesty and openness, or you can move on to another partner who accepts your past choices. You cannot and should not stay with someone who can't seamlessly weave those choices into the whole of who you are or who punishes you for making them."

When men don't reveal all to their partners, it's not always about a lack of trust or love. It's a matter of gender norms. Modern men are more in touch with their feelings, but many still struggle to be vulnerable. But it's a worthy struggle. Sharing secrets, as similar or as different as they may be, helps partners grow closer. The good news: Women are especially equipped for the task. "Because women communicate their innermost thoughts and feelings on a near-daily basis with friends and loved ones, when someone reveals a skeleton or secret, they're already in the mode of listening and acceptance," says Rodman. The easiest way to get your partner to open up might be to open up first.