Kingpins of the showbiz industry

We all know our celebrities, their big hits, movie roles and the great accolades they have won beyond our boarders. It is an entertainment industry valued at billions and one of the next biggest Kenyan exports. And as celebrities scramble for the big pie, we expose the silent millionaires, the real players holding the industry by its balls, writes GEOFFREY KORIO

The first time Safaricom took over the Groove Awards sponsorship, four years ago, putting in a budget of Sh100 million on it, it all sounded like a big joke. Back then, awards events had been left to broke husslers who could not even raise Sh1 million to host an annual event and average artistes could not afford to do a video worth Sh100,000. The industry was on its knees. Artistes were broke. Showbiz was fake. And then came the windfall.

The Safaricom Live nationwide concerts were one of the biggest breakthrough the music industry ever experienced. Artistes were being paid in millions for shows and as other corporates upped their game to match the competition, music became a lucrative affair for artistes and soon, comedians followed suite as the likes of Kenya Airways took sponsorship of big comedy concerts. Barely three years on, the industry has grown in leaps and bounds. Everyone is in the money, even the wannabes.

However, the truth is that only a few individuals seem to be holding the industry by its horns. Whether it is through their own investment or by the virtue of the positions they command power through, single handedly, these individuals seems to have a vision of the local entertainment sphere beyond what we know it as being today. In fact, artistes are now treating them as the new ray of hope as they start pumping millions into showbiz projects and talented individuals. Pulse profiles them:

All eyes are set on this experienced showbiz ace who has chaired a number of high profiled judging competitions, as he begins to disburse the much-anticipated youth development funds. Earlier this year, the chair of the Youth Enterprise Development Fund (YEDF) confirmed the injection of Sh600 million to film and music; each field getting Sh300 million. This has been positively received by the upcoming youth artistes who didn’t have the capital to propel their careers. However, the issue of accessing the funds has been the talk of town. “Through the various committees, we have started disbursing the funds to the film industry. Information regarding the access of the funds, which is an easy process, will be through adverts and notices. We are planning to officially launch the funds set aside for music industry at Intercontinental hotel this Thursday and over 100 top artistes are expected to grace the event,” Gor told Pulse. It is no secret that Gor has been sponsoring tens of artistes and organisation to record their music, videos and films from a personal initiative and his elevation to the youth kitty now makes him one of the most powerful individuals in the showbiz scene.

Aside from being just a top comedian, Daniel Ndambuki holds key personal roles in the television and radio industry as well. He is a script writer, researcher and producer who generally considers himself as a content creator. That does not end there as he is a director of the Laugh Industry, a comedy production and talent nurturing organization behind most of the thespians in the comedy, theatre and film world. He is one of the directors of Heartstrings Kenya, where most of the local thespians are nurtured. Last Sunday, he was applauded by Bishop Allan Kiuna on live TV as a top captain in the industry. All comedians in Kenya refer to him as their father and it is through him that they seal their big money deals with corporates. Ndambuki’s showbiz emperor is valued at millions and with his next phase of showbiz branch coming up soon, we can confidently say that Ndambuki owns a big chunk of this industry.

“It does not help much building myself alone because everything cannot be about me. At some point, we have to graduate and give others the opportunities to grow,” he says.

“Furthermore, the fees that other comedians get through my recommendations does not come to me or the company; it is their money,” he adds.

Having started off as a deejay (DJ Kev), Kevin Mulei is known and celebrated by many, especially those in the gospel industry. Every one in the gospel fraternity; from the greatest preacher, artistes and congregations salute him. He is credited for growing the gospel industry to a level of showbiz take over and for working with powerful individuals to enrich gospel artistes with skills and cash. Now, he dines with the who-is-who in the country, cutting serious business deals. The founder of Groove Awards, a preeminent event that celebrates gospel artistes and music, acknowledges that it took time and strategy to make Groove the way it is. “It took strategic moves and a right team to help gospel music grow. This is because back then secular music was on top and I used to attend the secular events not to party but to see how it was different from gospel music. From there we partnered with sponsors, artistes, media and church,” he says. His capacity in this field has caught the attention of those who are in need of services of the gospel artistes or business problems. “I thank God for the favour He has given me. I am now at a position of asking an artiste to show up at an event or church function and the artiste will show up without any complaint,” he adds. Kevin is one of the directors of Mo Sound Entertainment, one of the biggest events company in the region. Aside from this, though not known to many, he is a member of a group, a gatekeeping group that offers guidance to artistes. “The likes of Rufftone, RKay, host Njugush, DJ Moz, Pastor Albo and myself among others, play a big brother role to other artistes and see how we can positively shape the industry,” he concludes.

This trio is known largely for its input in the theatre industry through Hearstrings Kenya. Speaking on behalf of the trio and Heartstrings, Waudo discloses that the group helps nurture theatre and comedy talents of individuals mentioning the likes Churchill, whom he claimed was just an actor but now a top comedian. “As one of the founding members of the group, we realised there was a void in theatre and used our small influences to create a platform that will help theatre grow. That aside, everyone in the group studied theatre, have vast knowledge in foreign theatre and have used that knowledge in creating shows that appeal to the Kenyan audience. Currently, we are using the Kenya series strategy that focuses on real life drama that affects the Kenyan society,” he says.

When it comes to intellectual property of local and regional musicians, 40-year-old CEO of Music Copyright Society of Kenya (MCSK) is the man on the spot. Having been among the bunch of new MCSK leaders who brought about changes that revolutionized the royalties and awarding scheme of musicians, the humble and yet insightful Okoth discloses that the society is far from its zenith. “I had several missions for MSCK; create awareness of the society, challenges of royalties, promote gospel music and have gospel artistes make a living through their music, focus on young artiste as well as developing a strategic securities plan for the artistes,” shares the man who together with the MCSK chairman and other directors has been able to see MCSK rise from a breaking-even company to a profitable concern with a turnover f over Sh600million cash worth for registered members. It did not come easy. The introduction of the scientific calculation of rewarding artistes as opposed to dishing out flat and equal royalties to all the musicians brought about resistance. “The rewarding scheme looks at many things like the number of downloads, airplay and so forth. However, musicians should know there are other benefits such as gratitude, allowances, insurance packages which did not come with the flat rate rewards,” he defends. Furthermore, through his brainchild, the Triple P entertainment channel and participation in various charities propels his desires to help artistes. It is almost impossible for the industry to operate without turning an eye on Maurice.

Aside from being the founder and CEO of the Bernsoft Interactive Ltd, a conglomerate that provides solutions to modern day business problems, Bernard Kioko exudes influential qualities that local artistes cannot ignore. Right now, his Bernsoft enterprise is behind fully paid for videos by tens of leading artistes as well as upcoming ones. He was recently given a role by the Copyright Board of Kenya to oversee artistes works and ensure that copyrighted works are not pirated. Every musician in Kenya has Bernard’s personal number and recently, he started a monthly musicians meet up club during which time they discuss success, development and investment.   He is also the brains behind the monthly social outdoor event, The Circle. And his influence does not end there as he famed for ringtone businesses. This man has the industry watching him.

“My basic aim is to see the music industry grow. We have many plans to come and what you see is just a tip of the iceberg,” he told Pulse.

It is no secret how much the telephone service provider Safaricom, has changed the entertainment landscape in Kenya and one man stands visible; Bob Collymore!

The Safaricom CEO demystified the high ranked position by taking it upon himself to learn how the local entertainment works before pumping millions to rescue its dying state. And yes, showbiz got a life. He went to the booth to record music with artistes, climbed matatus with them to get in touch with the real entertainment world, joined showbiz concerts and little shows in the slums and the like but pumping millions to artistes through the Safaricom Live countrywide concert and much more. The easy going CEO shows no signs of slowing down and we all cheer him on.

Last and not least in this group of influential showbiz personalities is one Ash, the Mash Auto and Limos R Us CEO. For ten years now, Ash has been supporting artistes and showbiz project as one would do to charity. Most of the artistes who are successful today can testify that without his helping hand, they could have hardly made it to the level they are at now. His home is a playground for all musicians and it is from his living room that most showbiz projects are hatched. 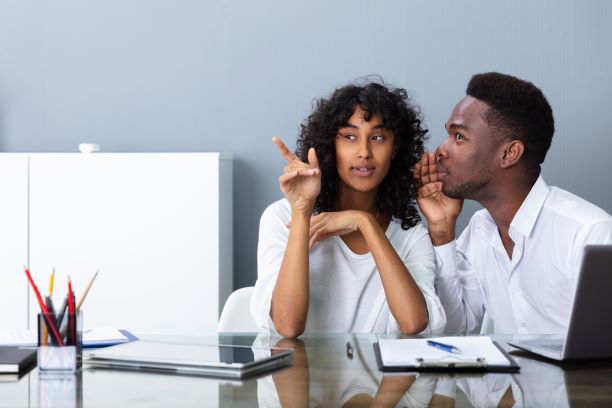 By Tania Ngima | 2 months ago