Martha Karua speaks on politics, aging and being a grandmother

I am just a handful of addresses away from arguably the most prestigious residence in the country; the State House. However, the room I am in is far from stately. It is devoid of any grandeur, trimmings or attempts at interior decoration. It is plain and practical. Unpretentious even.

There are solid hues on the walls, a sturdy desk and simple office chairs and not much else. The desk is bare. No neatly framed photographs or stationery holders. I have sought this interview for quite a while now. And now that I am here, 40 minutes is all I get.

My mental clock begins ticking away in earnest as she stretches her hand out in greeting. I take that as a cue to begin the interview as I am led to my seat by her jovial assistant.

Dressed in a stylishly cut kitenge dress, her hair styled in her trademark side fringe, Martha would have cut an intimidating figure except that she has a smile and the large desk seems to dwarf her.

Pretty soon, we are engaged in a little tête-à-tête on whether she ever feels the need to be liked. Arguably, one of the country’s greatest female political figures, her pragmatic views have earned her supporters and foes alike. And I am curious if she subscribes to the scholarly study by Madrid’s IE Business School that showed that women, unlike men, need to be liked to be influential.

“I don’t have the need to be liked,” she counters, matter-of-factly. “As long as I am doing my job the best way I know how, I am fine. If that makes me bad, then I want to be very bad.” Now that sounds like the Martha we know. The one who has earned herself the ‘Iron Lady’ tag.

She then goes on to tell me a short story of her paternal grandmother. A woman so fierce and strong minded that when her bride price negotiations were carried out and cattle brought in her absence, she single-handedly drove back the flock to her suitor’s village. And when the boys from the village wanted to beat her up, she went on attack mode with a stick and they were so shocked they left her alone.

“She knew what she wanted and she went for it. She was a rebel with a cause. And I am so much like her.”

While being this particular way might have created conflict for her, she isn’t paying much mind to it.

“Even if you try to be nice, you will still have conflict in your life. And I can’t do what my conscience doesn’t permit me to do so that I can please people. Trying to be nice can be very costly, just as going out of your way to create conflict. Just be yourself.”

Turning up self care with advancing age

Just then, a gentleman walks into the office and Martha asks me to turn off my recorder for a minute. As she reaches up to shake his hand, I notice her trim figure. And when I comment on her lithe form, she exclaims.

“But I don’t keep trim. Do you remember the lead up to the 2013 elections? I was pretty big. Visibly so. About two dress sizes up. It was in the height of campaigns and I would have my meals late in the night. That caused the weight gain. I lost it by watching my diet and exercising. I don’t do aerobics because of my joint issues but I work out on the treadmill on a ‘mwendo wa maringo’ pace. I do stretches too and the occasional golf helps.”

When she hit her late 40s, she began tweaking her diet. Going back to her African roots by embracing traditional foods thanks to pesky menopause.

“In midlife, one has to help their body deal with the transition that comes with menopause. One has to start minding their diet earlier on because as women, our bodies suffer because we lose calcium from giving birth and you need to strengthen your bones and maintain your hair. I have cut down on red meat to about once a week and dropped sugar and milk.”

Her face has remained relatively unlined thanks to a simple skincare routine that includes minimal makeup “just a dash of finishing powder”, and Nivea Q10 products.

“Add about seven hours of sleep too,” she adds.

It isn’t just her diet that has undergone an overhaul in the recent years. Even her official-wear wardrobe has fully transitioned into kitenge outfits.

“I started wearing kitenge in 2011. It was a choice. Then as I was planning on vying for presidency, I embraced it because that is how I would market Kenya as an African.”

And on this upbeat note, I want to know if she thinks a woman can really have it all; great family and a fulfilling career. I cite Michelle Obama’s recent outburst that Sheryl Sandberg’s Lean In theory was a bunch of crock.  Martha angles her head and asks me if there was a question in there. And as I take a beat to restate the question, she smiles and says that indeed what I am suggesting is truly impossible.

“Nobody can have it all. It is all a balancing act with no formulae. And all you can do is try your best. I did what I did the only way I knew how to. As a working mother of two, I would tag my babies with me to meetings. I would travel with them. They would come along with me on work trips.

“I would use my miles to pay their air fares and a little extra for their meals and as long as they had things to keep themselves busy, they were OK. I was going to have a career and I was going to have children, it was what I had chosen for myself. It had to work. No one had chosen it for me.  Even as a parliamentarian they went to work a lot with me.”

And while she might be a whizz in court or parliament, she is not much of a cook. And it isn’t on her favourite list of things to do either.

“It isn’t my strongest suit, but when my children were younger, I cooked a lot for them. They remember that to date.”

Now at 61 and a grandmother of three, she is enjoying her grandmotherly role.

“It is like a second chance at parenting. My weekends are now mostly occupied by my grandchildren. They make me run around even though my knees are not so good.”

While not with her grandchildren, she will be playing a round of golf, meeting up with friends, keeping up with news or watching a telenovela.

“As long as it is well acted I am game.”

From self-loathing to self-awareness

Martha was not always the self-aware woman she is today. The woman who is known for pushing boundaries and breaking glass ceilings.

The year was 1981 when she got into the work force. She was on the up and up, fighting for causes she believed in as a lawyer. Deep inside though, she nursed an affliction that had been conditioned into her by the society. A flaw that many women from all social classes harboured. A loathing of her type. A sense of low self-esteem brought about by being a woman.

“We are taught by society that women groups are filled with gossip. And to look down on women. This was so much so that as a young professional in Nakuru, I refused to join the women’s business and professional clubs. I got the invitation, but ignored it.”

It only took a visit to Uganda on a FIDA Uganda meeting, about 10 years into her career, to get the scales off her eyes. To make her aware of the power her gender proffered.

“There, I saw a group of highly organised women agitating for their rights and being listened to. It made me conscious of the different treatment men and women got. I learnt that trashing other women was just another form of self-hate as I am a woman too and since then, my antenna was up,” she says with a laugh.

At this juncture, my 40 minutes are up. And her assistant walks in to lead me out. But before I leave, I want to know if she has any regrets about how she has led her life.

“I don’t know if there is something I did that I would change. Because real life is about choices. Some choices may give you outcomes you didn’t want but they are your choices. But I can confidently say that I have been truly blessed.” 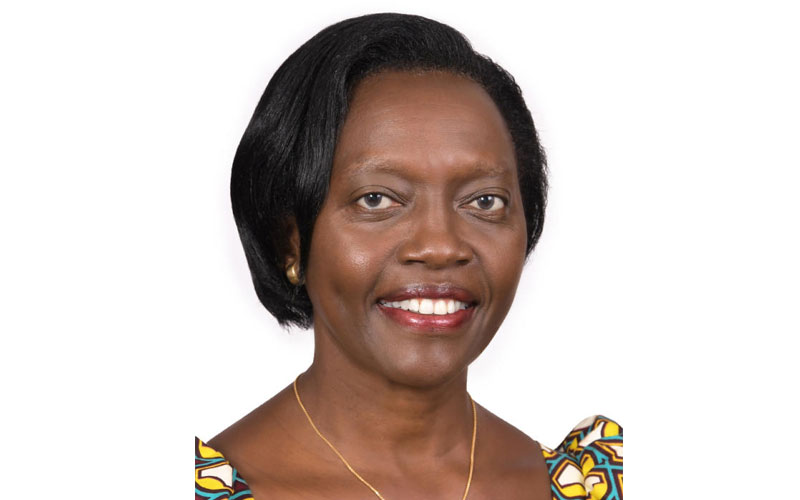 Tyre Nichols' brutal beating by police shown on video
News
By AP
7h ago
Marriage on rocks: Many women just want a child, not a man
Lifestyle
By Peter Muiruri
11h ago
Tems becomes first Nigerian to be nominated for an Oscar
News
By Kirsten Kanja
12h ago
Japan launches whale meat vending machines to promote sales
News
By AP
12h ago
Jay Leno breaks bones in motorcycle wreck months after fire
News
By AP
13h ago
.