By John Wafula
3 years ago

Nobody gave Zanzibar a chance at the 2017 East and Central Africa Football Association (CECAFA) tournament. But things have changed.

The Zanzibaris have dazzled football lovers with their electrifying performance in the tournament.

Having beaten Tanzania and Rwanda in their first two matches, Zanzibar pulled another surprise with a stalemate draw against hosts Kenya at Kenyatta Stadium to top their group.

Their only loss in the tournament so far has been against Libya in a no-stakes last group A match, having secured a semi-final berth with a game to spare.

Prior to the tournament, talks of Zanzibar reaching the semi-final, leave alone winning the championship was unimaginable. Zanzibar Heroes were clearly the underdogs when draws were released, having been grouped with hosts Kenya, Rwanda’s Amavubi, guest nation Libya alias ‘The Mediterranean Knights and Tanzania mainland’s Kilimanjaro Stars.

But Zanzibar quickly shook off the minnows tag when they came from a goal down to down their ‘brothers’ Tanzania 2-1 in the second match, a confirmation that their 3-1 win against Rwanda wasn’t a fluke after all.

Zanzibar, which is a semi-autonomous region of Tanzania in East Africa, with a population of slightly over one million citizens, surpassed the expectation of many.

Nairobi Governor Mike Sonko, and his host, Governor Alfred Mutua of Machakos were in attendance when the Heroes dimmed Stars’ lights at Kenyatta Stadium in the third match of the group with a barren draw.

But Zanzibaris form has since come under intense scrutiny, with some accusing them of using juju to tame their opponents.

What raised eyebrows is Zanzibar’s ‘ritual’ when starting the game. In all the matches where Zanzibar rolled the first ball from the centre, all their second touch of the ball were advertently kicked outside the field of play.

Another interesting fact about Zanzibar is that out of the five goals they’ve so far scored in the tournament, only one came in the opening half, with the opponents breaking in the second stanza.

This, according to some local online ‘juju experts,’ was the secret behind Zanzibar’s sudden rise in form.

“Have you noticed that Zanzibari players deliberately kicked the ball out of play into the opponent’s half immediately after they started (against) Kenya? This is the second time they are doing this. Watu watehema leo. Usicheze na uchawi wa Pemba,” Mohammed Khasim, a resident of Mombasa wrote in one of the local football Facebook groups.

“Waganga wa Zanzibar wameninyima thao tisa,” lamented James Kariuki in one of the betting WhatsApp groups after he placed his odds on Kenya to beat Zanzibar.

But according to Mohammed Isaa, one of the star players in Zanzibar’s young squad, the team is motivated by nothing but sheer determination to fly the country’s flag high. To Issa, playing at this stage is like boarding a plane to Russia for the 2018 FIFA World Cup.

The semi-autonomous state of Zanzibar is not a member of Confederation of African Football (CAF). That means the archipelago which was once a separate state is not allowed to take part in any CAF/FIFA sanctioned tournament. 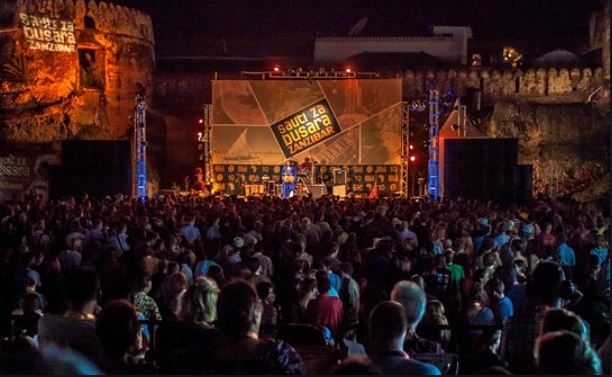