How has the doping scandal involving Rita Jeptoo, whom you coached, impacted on your career?

It has been a nightmare, and to say the truth, life is not the same anymore. All of a sudden, I have found my name involved in a doping scandal. Now, every time I am on the internet, there is a blog linking me to Rita Jeptoo’s doping case. I invested 11 years of my time and life in Kenya, and now I’m the number one ‘doctor,’ that’s a joke. And you know why I am sorry, because people are speculating on this story.

But you were coaching her, right?

I will never run away from the fact that I was the coach, and my athletes will tell you how close I was to Rita, probably because she had personal problems. Sometimes I have to listen to problems that have got nothing to do with training, because when an athlete is mentally disturbed, she just can’t perform on the track.

How did Rita get to use banned substance without your knowledge?

I cannot be with my athletes every time. Rita tested positive for blood booster EPO, which can be self-administered. Whoever says you can get EPO in coloured drinks and tablets is just ignorant. But you know what, I feel like I’m the most stupid person because I didn’t suspect anything. I failed as a coach because I was not able to pass a message to her.

In 2012, another of your charges, Jemima Jelagat, was ‘incorrectly’ banned for doping violation. And now this?

Unfortunately for me, this culture of speculation is what is destroying sports. People don’t take time to ask questions. To date, I have never understood why Jemima was banned, she was 100 per cent innocent and all the documents have since been released so at least her name was cleared. She had a hip injury and she declared a glucocorticosteroids injection for the injury but unfortunately there was a mistake. Her reputation was ruined. She cried for two months but unfortunately no one will ever believe she is innocent.

What’s your relationship with her at the moment?

When I heard that Rita was positive for EPO, I could not believe it. Unfortunately she did not stand to talk; I too am waiting to see if she will get the courage to tell the truth. Don’t think I know what happened. Ethically, I respect Rita as a woman, but not as an athlete.

Away from the doping allegations, who is Claudio Berardelli?

Claudio is a stressed man right now (laughs). I am someone who is very determined and I stand for the truth. I work from Sunday to Sunday and my athletes know I am not an easy manager. I am not saying I am the best coach in the world, but my results speak for me. The day I don’t have an athlete to coach, I will go look for another job.

How did you land in Kenya as a coach?

I arrived in the country as an ordinary Italian boy 11 years ago after completing my studies in sports science. I would carry athletes’ clothes for training and water during long runs. That’s how I learnt the job. People say I coached Martin Lel, but honestly, it’s Lel who coached me.

You speak a bit of Kalenjin and Kiswahili...

You can’t direct Kenyan athletes if you cannot understand them. I had to try to marry the Kenyan and Italian cultures. Sometimes I say I love and hate Kenya at the same time. But I will forever be grateful to this country for giving me an opportunity to have such a unique profession.

Which athlete would you pick as your most successful story?

Wow! That’s hard because I am scared of leaving someone out. Janeth Jepkosgei was however among the first athletes I can say I moulded from scratch. Prisca Jeptoo, Martin Lel, Nancy Lagat, Eunice Sum, the list is endless.

You seem to succeed with female athletes, what’s the secret?

I find it much easier to coach women than men. Women are by far more committed than men, especially when a supportive husband is part of the equation, and hey, I’m a handsome Italian man!

You were very close to the late Samuel Wanjiru.

I was not coaching Sammy, but I was helping him a bit. He was an incredible athlete. The day he died, he left my house after we spent 10 days, just me and his best friend, having dinner at the same table every day. I will always carry with me those special moments. Sometimes I just sit and re-watch some of his races.

Kicking me out of this country is not the solution to doping. If I am allowed to stay, then you can be sure I will only work with ‘clean’ athletes. I would love to see violators getting tougher punishments, preferably a life ban. 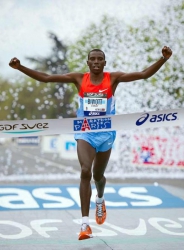 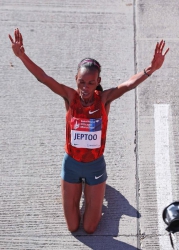 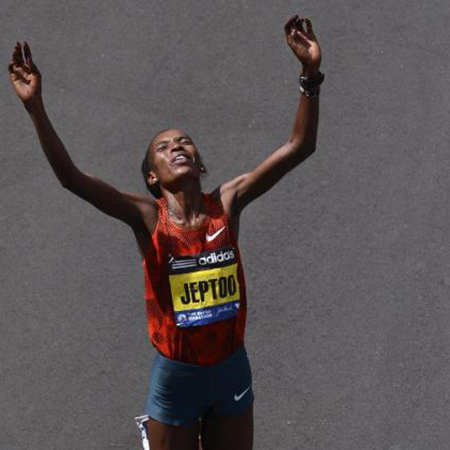