Singer Rajab Abdul Kahali, popularly known by his stage name Harmonize, will now take the lead in championing a cleaner Dar es Salaam city. This comes after the Tanzanian artiste was appointed the campaign ambassador, thanks to his growing popularity among the youth.

Speaking shortly after the campaign launch, Harmonize promised to support the initiative fully and actively play his role in ensuring that others also take up responsibilities for maintaining a clean environment.

His new role comes barely a week after he revealed what forced him to leave Diamond-owned record label, Wasafi Classic Baby (WCB). In a candid interview, Harmonize accused Diamond of picking a fights with him.

"I met with Diamond at a hotel and I asked him why we were being incited by other parties to fight. He dared me to compete with him, saying that I can never beat him, be it musically, financially, through the justice system and even witchcraft. I was shocked, and he got in his car and left," he said.

He said efforts to iron out things with Diamond were not fruitful as he faced challenges when he approached Diamond's mother to intervene.

"All I wanted was peace. So, I followed Mama Dangote and told her Diamond and I were like brothers, and we had come from far and helped each other in many ways. I just wanted to make him ?proud that he helped make me succeed. While I was confiding in her, she was scheming on me. Her mentality was that my aim was to be bigger than her son," said Harmonize.

Britain's pop music honours, the BRITs, will get rid of its female and male categories from next year.

Students at Daystar University Athi River campus were on Monday informed about a leopard that was on the loose within the premise. 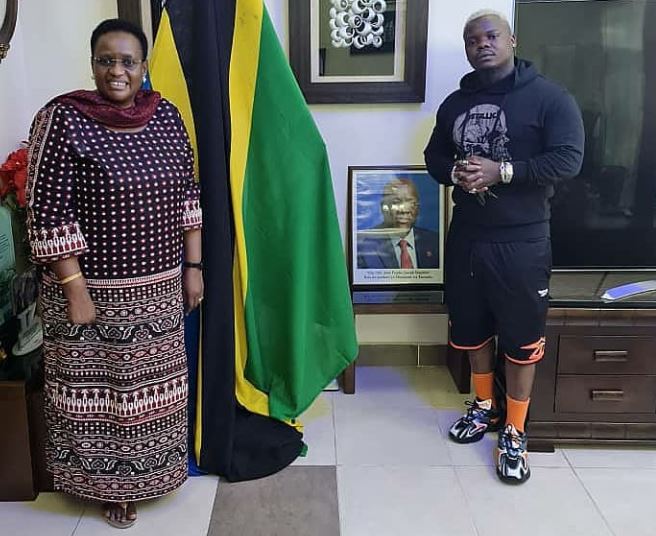