YouTuber Peter Kabi, famously known to his fans as Kabi WaJesus of the WaJesus Family, has set the record straight on the nature of his relationship with blogger Edgar Obare after viral exposé.

Speaking during Gospel singer Mr Seed's 'Black Child' album listening party held at Pride Inn Centre, Westlands, Kabi admitted that he was saddened by what Edgar and his family had been subjected to. In addition, Kabi wished that Edgar resolved the issue and returned to social media as soon as possible, adding that they have never been in communication despite being featured in his stories.

"I don't have a problem with Obare. In fact, I feel very bad about what they are doing to him and the brother, we wish him well. Edgar keep pushing we are waiting for you to come back to social media.

"Edgar and I have never spoken," he said.

In a story shared on Edgar's social media page a few months ago, Kabi was accused of neglecting a child he sired before meeting his wife, Milly. As soon as the story broke out, Kabi took to YouTube to publicly deny the claims, a move that forced the child's mother to demand a paternity test, proving he was indeed the little girl's father.

"There has been a rumour doing rounds that I have a kid, a baby called Abby... Around date five, I got a letter, purportedly from a lawyer that I need to pay child support amounting to Sh181, 895. I immediately thought it was a joke, so I called my lawyer and shared the letter with him. He checked the lawyer's name and firm on the LSK database, and they do not exist. He told me someone was just trying to blackmail me. So, I ignored and moved on," he explained.

Owing to the backlash received from the exposé, the father of two revealed that instead of publicly fighting opposition from people, he reserved his comments and prayed about it.

"For any opposition I get, I fight back on my knees with prayer. As you make noise out there, I'm busy in my bedroom seriously speaking in tongues," Kabi continued.

Despite Kabi WaJesus's prosperous digital career, the social media sensation admitted that he and his wife Milly Wajesus have considered giving it all up.

He explained that because their job is a calling from God to demonstrate His blessings and that marriage works, they cannot walk away from it.

"So many times I got to a point where I almost gave up on content creation and influencing but because I'm not doing this for money but to share the gospel of Christ plus it is what we have been called for, we can never say no.

Unlike other leopards, Fig likes to show off, never afraid of entertaining visitors with her theatrics. I was among the fortunate few.

Asghari separately posted a photo of the pair kissing and Spears extending the finger with the ring. 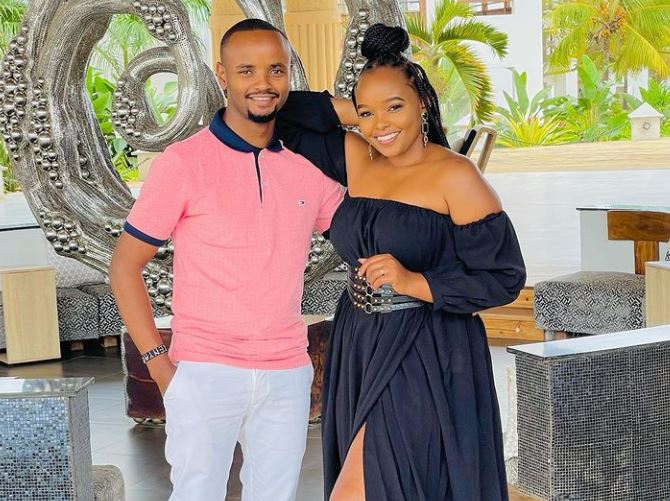