About a month ago, popular musician Kymo and his wife, Rachel Gitau, announced news of their second pregnancy after close to three years of trying for another baby.

The couple's pregnancy announcement was received with overwhelming joy and support, with fans wishing Raych a safe journey, oblivious of the storm they weathered at the beginning of their conception.

Opening up on her near-death experience in a recent YouTube video, Rach admitted that she suffered an ectopic pregnancy and thought she would die.

"I got an ectopic pregnancy, for those people who are probably wondering what that is, it's a pregnancy that happens outside the uterus. A fertilized egg does not attach itself to the uterus. In my case, I got pregnant and my egg got fertilized in the fallopian tube. It raptured and I ended up losing my left fallopian tube," she said.

According to the popular YouTuber, the first time she went to the hospital, doctors diagnosed her with gall stone and PID (Pelvic Inflammatory Disease). They failed to check whether she was pregnant, a move that led to dire health complications.

"It was a huge misdiagnosis because the doctors we saw after were shocked that another doctor diagnosed me with that just by looking at a scan. We spent two nights in the hospital in Mombasa, by then the new doctor had already told us we are expectant, but the gall stone was still there. The doctor ruled out PID and told us that the only thing I had was the gall stone and the pregnancy, so he discontinued me from taking the PID meds, and we scheduled for surgery to take care of the gall stone.

"Before my appointment, I woke up one morning, and I couldn't even move my body. My palms had become so pale and my eyes were turning white and also my skin was starting to change. In my head, I knew something was so wrong. I told Kymo we needed to go to hospital right away. So we went to AgaKhan emergency because at that time I had no more energy left. I was checked so fast and in a span of 30minutes they had already known what was wrong with me," she said.

While at the hospital's ward, Raych explains that a doctor doing rounds at the hospital found her vomiting and requested to know how she felt. He then requested for a transvaginal test to be done on her.

"The nurse that was doing that test looked at me and asked whether I was on my period. I said no and asked, and she said,' because I can see a clot of blood sitting on your cervix.' She turned the camera and in shock commented, saying she already knows what is happening to me, which was that I had had an ectopic pregnancy and that it had raptured. She immediately turned and stormed out to get other doctors.

"They went on to tell us that we needed to do an emergency surgery, but because of the cost, we had to be transferred to a cheaper hospital and we ended up going to Kenyatta," she narrated.

While at Kenyatta, Raych says she was scared and felt she wasn't going to make it. Fortunately, the procedure went well.

"I saw God when the doctor came into my room and told me that God loves me. Imagine a doctor telling you that. He continued to tell me that they couldn't save my fallopian tube; it had raptured beyond repair and because I was not bleeding, which resulted in a huge clot. He said he was surprised I was still alive," said Raych.

Ruth Matete speaks on how her father nurtured her singing talent

While singing and interacting with other singers on different occasions, Ruth admitted that she was taken aback by one particular woman who managed to

"I am going to be 60 in April and I have all these babies. I love fatherhood," he told Marc Maron's WTF podcast."The whole idea of being out there an 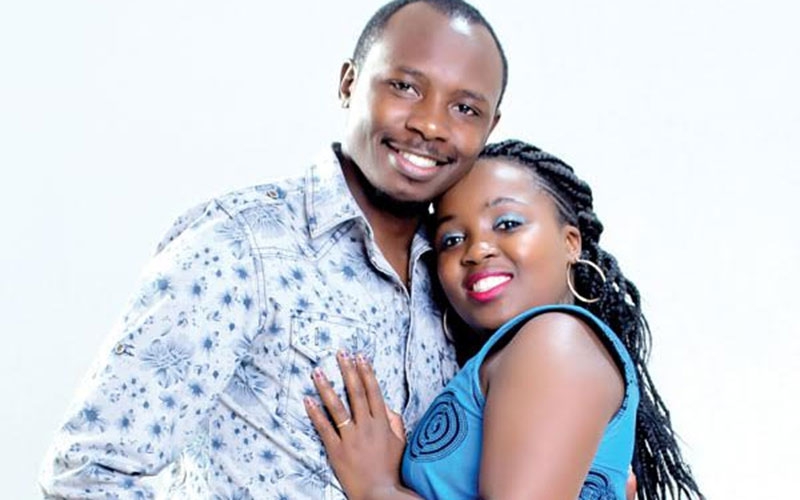