President Uhuru Kenyatta has sent a message of condolence to the family of journalist Robin Njogu who passed on last night at a Nairobi hospital.

In his message of encouragement, the President described the late Njogu as a progressive journalist whose contribution to radio and online journalism has gone a long way in transforming the country’s media and communication sector.

“Robin was an excellent journalist who mentored many young people in the Fourth Estate. We will forever cherish his skills and expertise in mass media, especially in radio where he has left a huge mark of excellence," the President said.

President Kenyatta remembered Mr Njogu as an innovative, resourceful and open minded journalist whose contribution as a past member of State House press corp will be cherished forever.

"Robin always had a midas touch in transforming media stations into great communication and entertainment outlets.

"My interactions with Robin during his time in the press corp were always enriching. He was a trusted and very effective member of the team,” the President recalled.

Days before his passing, Mr Njogu lost his mother and the President wished God's comfort and fortitude to the family as they mourn the two departed souls.

The journalist succumbed to Covid-19 while undergoing treatment at Aga Khan Hospital.

ICT CS Joe Mucheru was among the first people to break the news on social media, describing the deceased as an experienced journalist who was good at his work.

“I’m saddened to learn of the passing on of Robin Njogu and his mum. Robin was a consummate journalist and contributed heavily to the development of radio news in the country.

“Sad loss for his young family, RMS and the media fraternity in the country. May God comfort his family,” wrote the CS.

Deputy President William Ruto described the deceased as a skilled professional who went about his business without bias.

“As the media fraternity can attest, Robin Njogu was a friendly, humble and a good man. He was a skilled, dedicated and professional radio journalist who edited and reported on issues openly, independently and honestly.

“Gentle, kind-hearted and steadfast, Njogu believed in the true values of journalism, and contributed immensely to the strengthening of quality reporting. His death is extremely devastating as it comes just days after he lost his dear mother,” wrote the DP.

According to the Sinzia singer, his relationship with his daughter has come a long way. Opening up on some of the decisions he consciously made to ena

Updating her fans on her health via her Insta stories, Koku admitted that she had been stuck in bed for the past 10 weeks, unable to do anything.With 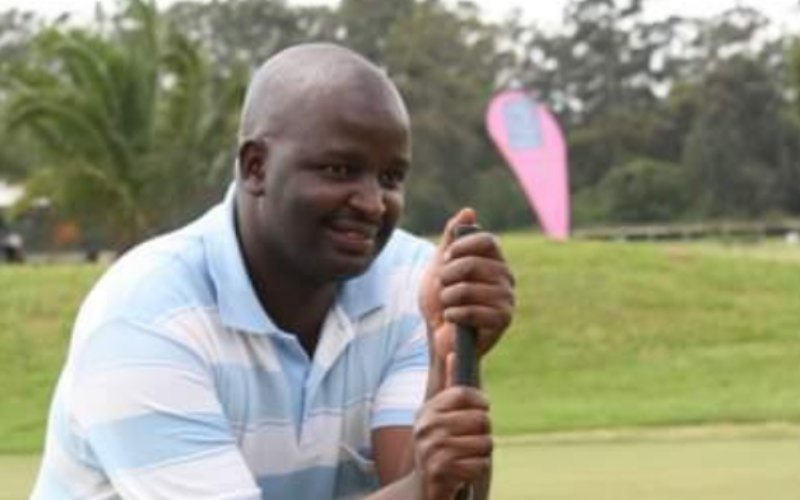