If 2020 had one saving grace, it was the music. Sauti Sol and Octopizzo, with their albums Midnight Train and Jungle Fever, respectively got us through the lockdown to a parallel universe of nothing but pure musical bliss. A couple of new artistes were thrown into the limelight and still continue to shine. Trio Mio is arguably one of such talents.

The early days of lockdown were a voyeur’s wish come true as Kenya’s biggest stars invited us into their living rooms, kitchens and bathrooms to play some tunes. Everything went virtual - Mejja carried the entire Gengetone industry on his back, and scheduled events were cancelled altogether or postponed. And PMVA was not spared. The Pulse Music Video Awards (PMVA) is an annual Standard Group PLC event that started in 2015 and celebrates Kenyan musicians, their songs, producers, directors and all the players in the industry.

After a three-month-long wait, it is all systems go for PMVA; that will be held today. The ceremony that was slated to run in December did not see the light of day, but the D-day is finally here. The Hottest Entertainment brand, The Pulse Magazine, is proud to unveil the winners of the 2020 PMVA. The votes are in, tallied and we have the winners. This will be after a rigorous act of vetting and judging more than 1,000 videos submitted, and thousands of votes that trickled in as our avid followers endorsed their best persons.

The award gala will be happening at Standard Group PLC HQ that is on Mombasa Road, Nairobi, hosted by Susan Njoroge. On the ones and twos will be the popular Vybez Radio DJ ZJ Heno. The filmed event will be aired on KTN as from 3:30pm to 4:30pm. The nominees’ list was heavy laden with entertainers of all cadre, and saw the fairly new five-piece Norway-based Gengetone boy-group Matata lead the pack with four nods, including two videos in the Best Choreography Video category. They are closely followed by Nadia Mukami and Mejja, with three apiece.

Read Also: Nadia Mukami opens up about making her first million at 23, love and music

The nominees’ list featured a huge tranche of established talents, but still gave a welcoming gusto to a new breed of youngster virtuosos, who are changing the dynamics of the industry. Revered names like Khaligraph Jones, H_art The Band, Sauti Sol, Nyashinski, Octopizzo all earned nominations while newbies like Ssaru, Tory Lynn Teferah, Pryshon and Alphajiri are giving the heavyweights a run for their money in the New Artiste Video category.

We all know 2020 was a pandemonium; the entire entertainment industry was thrown into disarray by the ravaging pandemic. This though saw artist venture into other platforms to showcase their talents on various platforms. This, however, did not deter the artists who adopted digital technology and held virtual events to keep fans entertained and PMVA being the leading Awards in Kenya recognised this and centred its entire theme on the same ‘Owning the Virtual Space in Kenyan Music’.

You better have your best red carpet glam outfit cut by now, and if you haven’t received your invite as yet, your PA is sleeping on the job. Who wants to miss the best music awards, the PMVA of the year anyway! Oops! Sorry! Covid-19! Make sure to catch the event as from 3:30pm to 4:30pm, only on KTN. There will be joy and tears, with perceived giant-killers taking home the coveted awards. May the best nominees win! 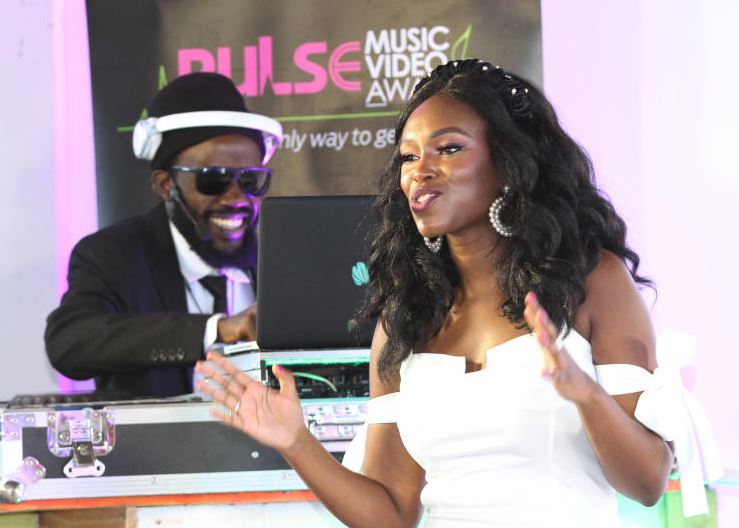