Justina Syokau: Why there is more to the leg-shaking woman in red

By December 28, 2019, three days to the new year, few people outside gospel music circles had listened to Justina Syokau’s music. That’s until a 1-minute clip of a woman in a red figure-hugging dress cut above the knee was posted on her official Facebook profile.

The clip carried the link to the YouTube video of Justina’s newest single, ‘Twendi Twendi’. Before long, the video, written and performed by Justina, produced by Grip Musiq n Pictures and directed by Steve Kipande, was doing rounds across social media platforms.

Twendi Twendi, sung in Kiswahili but performed in a style synonymous with artists from the former Eastern Province, was all the buzz. In the next few days before the turn of the year, the views on the video went from 300 to more than 20,000.

The video’s popularity is not so much because of video and audio quality but probably because it served a proper dose of comic relief for many who thought it typical of Akamba entertainment scene to release well-timed hits. “In my community, we sing about occasions,” she says. “If there are floods we sing ‘Mavuliko’. So, I felt the new year was something worth singing about.”

And just like that, thanks to social media, Justina Syokau transitioned from a largely private figure into a celebrity. As of Wednesday, March 3, 2021, the song had been viewed 889,000 times on YouTube. Fans have mostly been interested in the catchy tune and lyrics and the theatrics of her performance. But there is more to the leg-shaking woman in red.

Resilience seems to be her middle name. Justina first made money selling charcoal and firewood in her native Machakos. “I had just finished high school and there was no money for college. So I went home and sold charcoal and firewood,” she says. Her earnings were meager, to say the least. She moved to cultivating vegetables: tomatoes, capsicum, kale and spinach. “This too did not work,” she says. “Nothing was working!”

Four months later, she got a job offer in Nairobi. She would be paid Sh700 a month serving as a house girl. “I was elated for this job because, unlike back home, I was assured of meals, taking a shower and I could watch gospel artists on TV.”

Justina says she was fond of gospel music because she was born-again and subscribed to evangelical Christian faith. She loved watching and listening to hits from celebrated artists like Esther Wahome and the late Angela Chibalonza. On Sundays, she sang in church choir and danced to Christian tunes. “I loved evangelism. I was a church girl. I was always prayerful and hopeful for the future,” she says. But was the future really bright?

In 2012, Justina had changed jobs three times and was working as a hospital assistant at AIC Kijabe Missionary Hospital. Her work involved helping nurses and doctors with housekeeping work around the wards. “I also served in church (at the hospital) as a singer and dancer,” she says. “With contributions from friends, I began recording music.”

A career in music had become her main focus since the day she beat a field of 297 contestants to win a street music contest sometime in 2009. “I sang in Kikamba (the Akamba dialect) and the crowd loved it. People in the audience urged me to start recording,” she says. “At the hospital, my songs played on screens: patients, doctors, nurses – they all loved my songs. I would sell CDs to people in church and at gatherings,” she says.

Then came January 2012. A man she had never met rang her [she suspects he got her phone number from a CD he bought]. “He told me he met me at a friend’s wedding where I had performed a few of my songs. He said he had liked me and had bought many CDs of my work,” she recalls. The man did something else that caught Justina off-guard: he proposed marriage – even before they had met.

“He said he was serious about acquiring a wife and he did not want to waste time dating,” she says. His confidence was both charming and appealing. She says: “I convinced myself that I needed a husband like that: a man who had church qualities: a born again man who prayed. “A man with a strong personality: someone who could promote and manage my music career. The fact that he wore nice clothes – suits and all – was a bonus,” Justina says.

What followed was a cavalcade of introductory meetings: he introduced Justina to his friends, then family and soon enough they were an item.

By June the same year, the couple had decided to tie the knot in church. But almost immediately after the wedding, Justina says, the man began acting wayward. He was no longer as charming. And his mother, with whom the couple lived, developed animosity towards her. “I did not even enjoy that marriage: things went south as soon as I said I do,” she says.

Soon there was strife between Justina and her husband. This caused her stress to the point she lost her first pregnancy. In August 2013 she gave birth to a son. She named him Nixon. But not even the birth of Nixon, whom she adores, would save her marriage. She says: “I was discharged after three days in hospital because I had delivered the baby by C-section. I went home and found a hostile mother-in-law. Even before I could stay a week, my husband had ordered me out.”

Out on the street

With a baby barely a week old, Justina was desperate as she had no other relatives in Nairobi to go to. “I went straight to the streets. I joined other street families under the Muthurwa Bridge,” she says. For three weeks, she scavenged for leftovers and put up with life on the streets. A well-wisher then gave her money for bus fare to her home in Machakos. But even there, she says, she was asked to go back to her husband. “When I came back to Nairobi, a church lady took me in. I went back to singing in church. I wanted to get back to where I was before 2012,” she says.

It has been a difficult climb back since being thrown out by the man she married but she says she has learned a valuable lesson from the experience that she shares with young, single women. “Focus on yourself first before you get married. Focus on your dreams: your goals. Achieve your goals and make yourself whole before you think of pairing up with a man. Have a career. Make your own money. And live your life,” she says.

“When the right time comes spend time finding answers for all the questions you have about the man. Do not be in a hurry. At the point of getting married, you should be knowing the man’s character, his source of wealth, his stability, health status, secrets... everything. And do not get married because family and friends are pushing you to,” Justina advises.

After getting back on her feet, she went back to recording music and performing. To prop up earnings, she also took up emceeing and event organizing. Today, Justina fellowships at Redeemed Gospel church in Kariobangi North and lives in Donholm. “I live with my son and a nanny: I am grateful that we are no longer in a desperate place. We can afford food and rent,” she says. “I am also a business lady: I sell hair – wigs mostly.”

However, her main gig remains music. Last December, she held a concert in Machakos to celebrate 10 years since she began recording music.

She says she has enjoyed a few big breaks. But nothing compared to the brouhaha that followed the release of ‘Twendi Twendi’. “I did not expect that kind of reception for the song,” she says. “In fact, I was just as surprised. To her, it was all God’s plan. “Like everyone else, 2019 was a difficult year for me: I was cash-strapped and I did not have money to keep recording. This song’s success brought good tidings,” she says.

Indeed, the song, she says, has attracted interest from corporates who want to market with it. She has already signed one contract with one company. I ask her how she will deal with male attention now that she is famous. Her answer: “I am not looking for male attention right now.” The failed marriage has left her psychologically sore but also enlightened on romantic relationships. “Right now I am building my brand. Maybe later in life, I might consider marrying again if the right man comes.”

‘Twendi Twendi’, she says, was meant to give hope for the future: a future that portends better for everyone whose 2019 didn’t sparkle as they had looked forward to. “You may have had a difficult 2019 but you are not alone. The most important thing is to not give up. Continue believing that the future is promising. Whatever you believe starts manifesting in the spirit realm and eventually comes to fruition. Keep knocking on doors in 2020,” she says.

And it is that hope that Justina espouses in her own life and music. The unending belief that tomorrow will be better regardless of what happens today. She encourages young women to believe in themselves and work hard. “Talent is 10 percent: hard work is 90 percent. Start by finding your passion; that which you love doing. With passion comes purpose. Then work on your brand. Be presentable. Look the part. Even if you are struggling financially dress like you are rich. Always leave the house well-groomed. Looks matter,” she adds.

Rather these women are faced with challenges that end up consuming them in an embarrassing way, even as the dream of a lavish life becomes a mirage to

The Kassangas was a fixture on our screens every Sunday morning. Then they faded from the music scene. What happened? 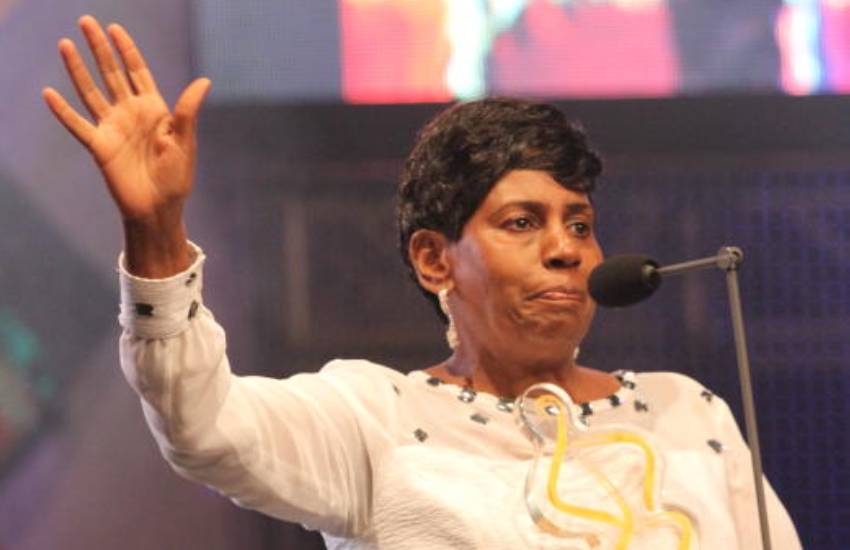