A woman who used Gorilla Glue on her hair is considering taking legal action against the company after a horror ordeal, according to reports. Tessica Brown, 40, was taken to hospital after using the adhesive when she ran out of hairspray one morning - which then wouldn't wash out.

Baffled medics in Louisiana, USA were forced to put the solvent acetone on her head, which burnt her scalp and only made the substance sticky again. Tessica has now hired a lawyer following the unfortunate incident and is said to be considering legal action against the firm, according to the news site TMZ.

Gorilla Glue is more commonly used on products including wood, laminate, fabric, paper and cardboard, which the company reiterated in a statement posted on Twitter. The firm added that it was "very sorry" to hear about the "unique" and "unfortunate" situation and was glad Tessica had received medical treatment.

She claims she spent a month trying to remove the Gorilla Glue from her head, before uploading a video about the bizarre scenario to her 750,000 TikTok followers. Tessica claimed she couldn't wash out the glue and her hair was so tight that she couldn't even shave her head after she had opted to use the extra-strong super glue.

Speaking on social media, she said: "When I do my hair, I like to finish it off with a little Göt2b Glued Spray, you know, just to keep it in place."

"Well, I didn't have any more Göt2b Glued Spray, so I used this: Gorilla Glue spray. Bad, bad, bad idea. My hair, it don't move. You hear what I'm telling you? It. Don't. Move."

Her first video racked up 132,200 comments and 3.8million views since it was uploaded last week.

In the clip, she said: "Hey y'all. For those of you that know me know that my hair has been like this for about a month now."

Tessica further explained to her followers what happens when she shampoos her hair in a follow-up video, reports the Daily Star.

She concluded: "Look, you wipe it off and nothing happens. Like, this is the life that I'm living at this point."

In a statement, Gorilla Glue said: "We are very sorry to hear about the unfortunate incident that Miss Brown experienced using our Spray Adhesive on her hair. We are glad to see in her recent video that Miss Brown has received medical treatment from her local medical facility and wish her the best."

As Eric Simiyu, the owner of the salon and popularly known as Eric One Wash in showbiz circles, ushered us in, the cameraman filming as the musicians 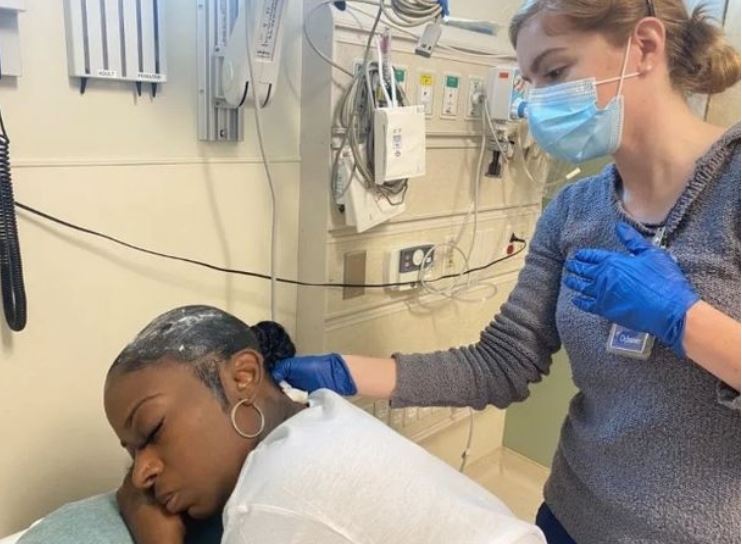