Miley Cyrus was overcome with emotion while performing at the Super Bowl LV Tik Tok Tailgate concert. The 28-year-old singer broke down in tears during Wrecking Ball, which was written about her ex husband Chris Hemsworth, during the gig on Sunday afternoon.

It all started in smiles as Miley took to the stage in a black and purpled cheerleading uniform, which had "FTW" emblazoned across it.

She began her set with a take on Toni Basil's cheerleading inspired Hey Mickey, with the singer changing the lyrics to "Hey Miley".

The singer was joined on stage by 80s rocker Billy Idol, performing his 1982 hit White Wedding as well as Night Crawling.

Miley paid tribute to her godmother Dolly Parton by covering her hit Jolene but after a spectacular performance, Miley found herself struggling to keep on top of her emotions when singing Wrecking Ball.

During the performance, Miley stopped singing as she held her head down. As she wiped away tears, she told the audience: "Singing that song, Wrecking Ball, about feeling completely broken and shattered... everyone's suffering is different, even everyone's threshold of pain.

Miley finished with an emotional performance of her hit The Climb.

In the week leading up to Super Bowl weekend, Miley had been teasing her performance, sharing a video on Instagram of her singing Plastic Hearts while walking on a treadmill in a sports bra.

Before the show on Sunday, Miley shared a snap of her posing on a pink pool table as well as a video of her wearing boxing gloves.

Fans of the 39-year-old star took to Twitter and threw hate at Justin, 40, on Friday night after a recent documentary called Framing Britney Spears

While it looked good, his voice struggled to be heard above the music and this irked viewers enough for them to take to Twitter in droves to share the 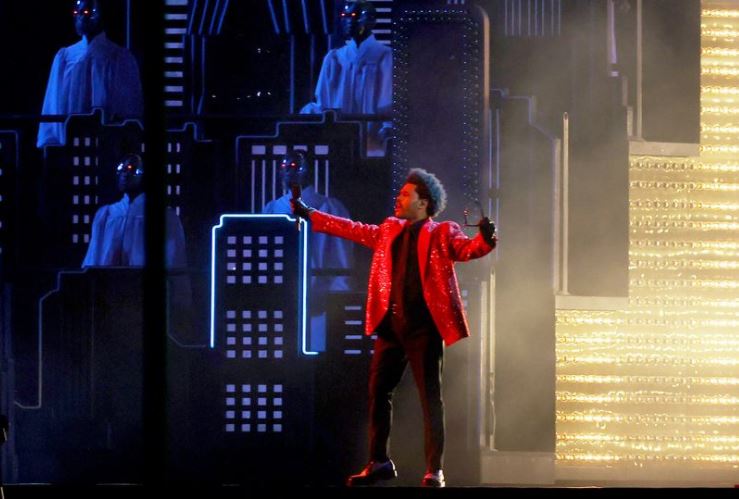