Donald Trump attempted to channel The Terminator and vowed he’ll be back with his own social media site yesterday after Twitter banned him for life. But as he tried to convince his mob he was unstoppable – like the character played by Arnold Schwarzenegger in the sci-fi movies – the Democrats were determined to bid him Hasta La Vista.

They surged ahead with plans to impeach the President for inspiring Wednesday’s mayhem in the Capitol and aim to get it done before his job is passed to Joe Biden on January 20. If they succeed, he may be barred from running for President again. It was also revealed that one of his own senators has threatened to quit the party unless he resigns.

And it was claimed Trump supporters were threatening to hang Vice President Mike Pence from a tree as a “traitor” when they stormed the home of US democracy. Five people – four civilians and a policeman – lost their lives after Mr Trump held a rally in Washington on Wednesday and urged the crowd to march on the Capitol building.

The President’s Twitter account, which is followed by 88million people, was shut down for good on Friday because of “severe violations” of the social media giant’s Civic Integrity policy.

Twitter said: “After close review of recent Tweets from the @realDonald Trump account and the context around them we have permanently suspended the account due to the risk of further incitement of violence.”

The move followed two Trump tweets on Friday. Twitter said they “must be read in the context of broader events in the country and the ways in which the President’s statements can be mobilised by different audiences, including to incite violence.”

One of the posts read: “To all of those who have asked, I will not be going to the Inauguration on January 20th.”

Twitter said the tweet could be viewed as a further false statement that the election Mr Trump lost to Democrat Joe Biden was not legitimate. Furious Mr Trump spent Friday night and yesterday trying to tweet fans through other people’s Twitter accounts.

Urging fans to “STAY TUNED” he ranted: “Twitter has gone further and further in banning free speech, and tonight, Twitter employees have coordinated with the Democrats and the Radical Left in removing my account from their platform, to silence me – and YOU, the 75,000,000 great patriots who voted for me.”

ALSO READ: Donald Trump shares plans to run for US President in 2024

He then claimed he has “been negotiating with various other sites” and promised a “big announcement soon”.

The President also defiantly declared: “We will not be SILENCED!”

But he was wrong. As quickly as his tweets were posted, they were removed by the site. Twitter was not alone in taking action. Google banned the pro-Trump Parler social networking service from its app store. And YouTube removed the Steve Bannon podcast just hours after Trump sidekick Rudy Giuliani appeared on it and blamed the raid on the Democrats.

Joe Biden’s party will begin the formal move to impeach Mr Trump in Congress tomorrow. They will present a single impeachment article charging the President with “incitement of insurrection”. If a simple majority of the House of Representatives 435 members approves bringing charges, the process moves to the Senate. Two-thirds of the Senate must vote to convict. And if the numbers add up, it will then vote on whether to ban him from ever holding office again.

A Washington insider said last night: “This is catastrophic for Trump. He feels he has done nothing wrong and carries no responsibility for the deadly violence. Ever since losing the election his sole focus has been raising enough money to run again in 2024.”

Yesterday Senate Majority Leader Mitch McConnell told colleagues the earliest a second impeachment trial would begin is January 20 – the day Mr Biden becomes US President There have already been several White House and cabinet resignations, but the first Republican senator to break ranks and demand Mr Trump steps down is Alaska’s Lisa Murkowski.

She said: “If the Republican Party has become nothing more than the party of Trump, I sincerely question whether this is the party for me.”

The FBI and police have so far arrested more than 80 of those allegedly involved in the Capitol attack. They include Jake Angeli, 32, of Arizona, who dresses as a horned “QAnon shaman”. He told the FBI he went to Washington “at the request of the President”. The charges he faces include violent entry and disorderly conduct on Capitol grounds.

Photographer Jim Bourg yesterday said he heard Trump fans talking about hanging Mr Pence for resisting Mr Trump’s false claim that he could stop Mr Biden’s certification. The Vice President and his family reportedly heard the mob screaming “Where’s Mike Pence?” as they surged though the Capitol Building. Trump did nothing to check his second-in-command was safe. 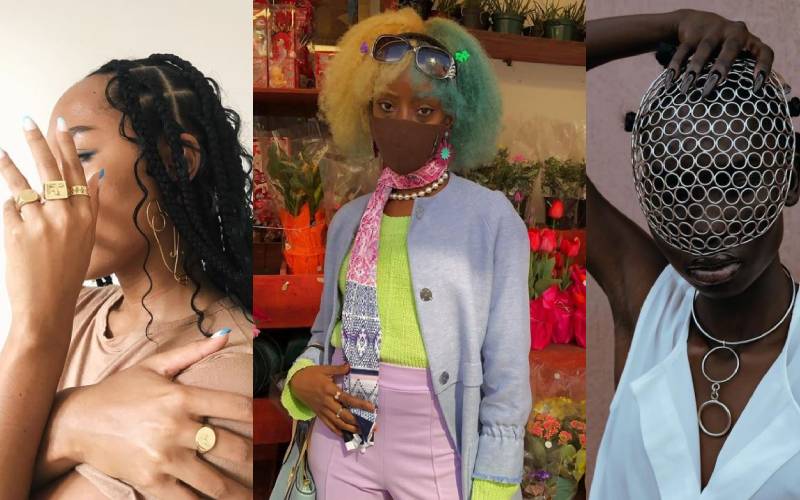