ICT Cabinet Secretary Joe Mucheru has challenged Kenyan filmmakers to take advantage of his ministry's innovation measures to improve the sector. Speaking during the annual Kisima Awards gala ceremony held in Nairobi on Saturday, the CS outlined major steps the ministry was making to jumpstart the sector, including installing new policies to stabilise the industry.

"As a ministry, we have a mission to facilitate universal access to ICT infrastructure and services all over the country. We formulate policies and laws that regulate standards and services in the ICT sector, Telecommunications, and the Media industry. My ministry is also charged with the responsibility of developing and administering ICT standards, building capacity of mass media and ICT, and the dissemination of public information," Joe Mucheru said.

ALSO READ: Inside murky waters of the Kenyan Film Industry

"We have now operationalised the Film Incentive Package that offers relief to film producers who are keen to shoot in Kenyan locations. This is aimed at an increase in foreign revenue in the Kenyan economy. I am glad to report that Kenya Film Commission has successfully launched the Film Empowerment Programme – an initiative that now offers funding for Kenyan content with the aim of promoting increase in quantity and quality of Kenyan productions. Also, my ministry is currently working on the National Film Policy that seeks to standardise operations in the industry."

He noted that through the recent re-introduction of the Drive-In cinema, the Commission was now offering content producers an innovative way of content consumption and alternative distribution system - that the film industry should take advantage of. The Commission, he said, has also rolled out the Creative Industry Database that seeks to create a national registry of the talent we have in the country that will act as a central reference point for international and local producers.

"As you may be aware, the Ministry of ICT has the responsibility for formulating, administering, managing and developing the Information, Broadcasting and Communication policy. In this regard, the National Government, through my ministry, is keen on promoting the Kenyan film industry through supportive policy framework. The Kenyan film industry has proven to be very essential, drawing from its capability to inform, generate wealth and create job opportunities for the youth," Mucheru remarked.

Applauding the film industry for offering entertainment content to create awareness of the Covid-19 pandemic and ways of containing the disease's spread, Mucheru underscored the sector's role in providing psycho-social support in the long period of lockdown. He noted that Kenyans had been made aware of the various societal issues such as terrorism, life in crime, peer pressure, responsible teen life, among other thematic areas that we need to address as a nation through the films. 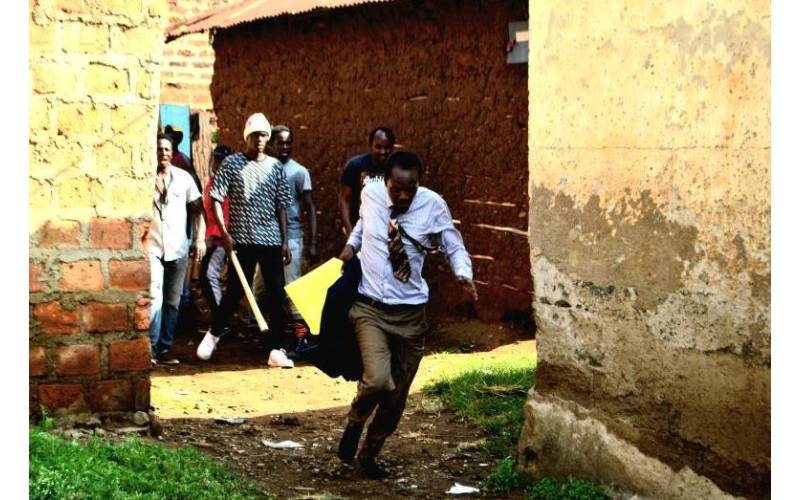 The revival of theatre and film industry in 2021

By George Orido | 3 weeks ago